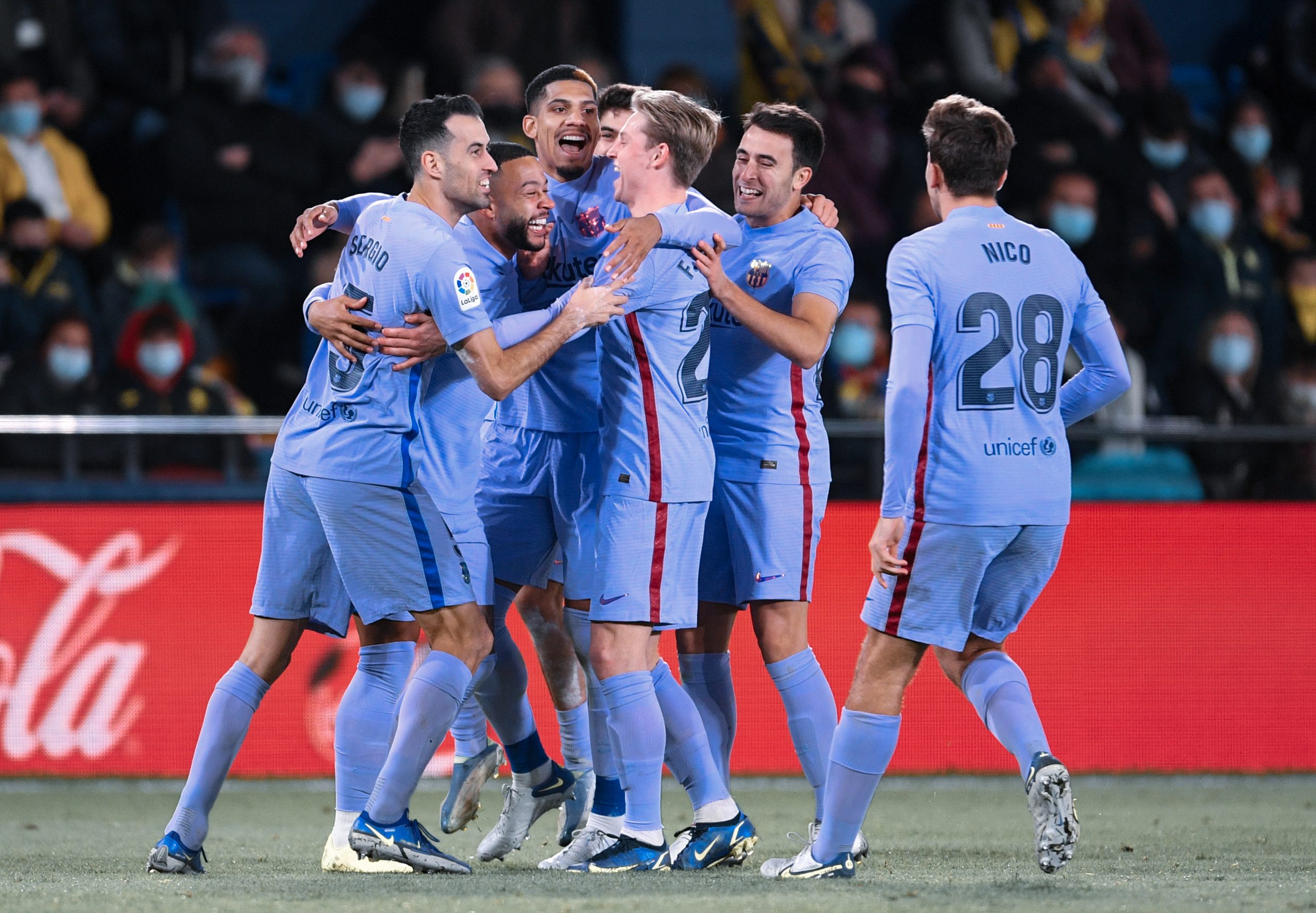 Sunday night’s late kickoff saw Barcelona take on Villarreal at La Ceramica. The Yellow Submarine had not beaten the Catalan side from 2008, and it was meant to be a golden chance for them to turn the tables. Xavi chose to give young Abde a start on the right-wing for the first time, with the rest of the formation being similar to his previous lineups.

The first half was itself a story of two periods. The opening 15 minutes by Barcelona were filled with passion and aggression. The Blaugranas pressed high, won the call back quickly, and held possession.

The highlight of the first half was Frenkie de Jong’s wonderful through ball to Memphis Depay. Though the Dutch striker was presented with a one on one situation with the goalkeeper, he fired the shot wide.

Abde lit up the first 15 minutes of the game with his dynamic dribbling and immense work rate. The Moroccan took on defenders fearlessly and created numerous openings.

However, the bright patch did not last long. The second half of the first 45 minutes saw the tables turn. A couple of tactical changes from Xavi saw Eric Garcia and Ez Abde play more restricted roles that involved marking their men. With the new focus in defence, Barcelona slipped up in possession. The Yellow Submarine created several chances by capitalising on the loose formation, but could not take their chances.

The second half got off to a flying start for Xavi’s side. A move that stemmed from Abde found Jordi Alba who volleyed in the ball. Memphis Depay got a touch on the ball before de Jong tapped it into the goal. There was a strong case for the goal to be called offside, but VAR reversed the referee’s decision and let the goal stand.

The visitors dominated the game for the next period, largely maintaining possession and getting close to a second goal.

Villarreal had a chance snatched from them when Eric Garcia fouled Raul Albiol in the box. However, VAR refused to intervene and the incident was not reviewed. Meanwhile, Dembele came on for Abde in the 66th minute. Soon after, an injured Alba hobbled off for Oscar Mingueza.

The Yellow Submarine had a brilliant chance to equalise when the substitute Mingueza made an error in judgment. Manu Trigueros took the shot, but failed to hit the target.

Just over a minute later, Barcelona gave away the ball from their own throw which ended in a goal for Villarreal via Samuel Chukwueze. The hosts equalised, and pressure was once again on Barcelona.

Unai Emery’s side continued to be relentless in the coming minutes. The visitors looked lost for ideas, and the defence collapsed with every incoming wave of attack.

Despite the surge in the hosts intensity, the next twist went Barcelona’s way. Marc Andre ter Stegen’s precise long ball in the 88th minute found Memphis in the opponent’s box. The Dutchman controlled the ball, went around the defender, and put it in the back of the net.

The script got better for Xavi’s side when Phillipe Coutinho won a clear penalty in the 93rd minute. The Brazilian wrapped up the game with a precise spot-kick, and Barcelona were 3-1 up.