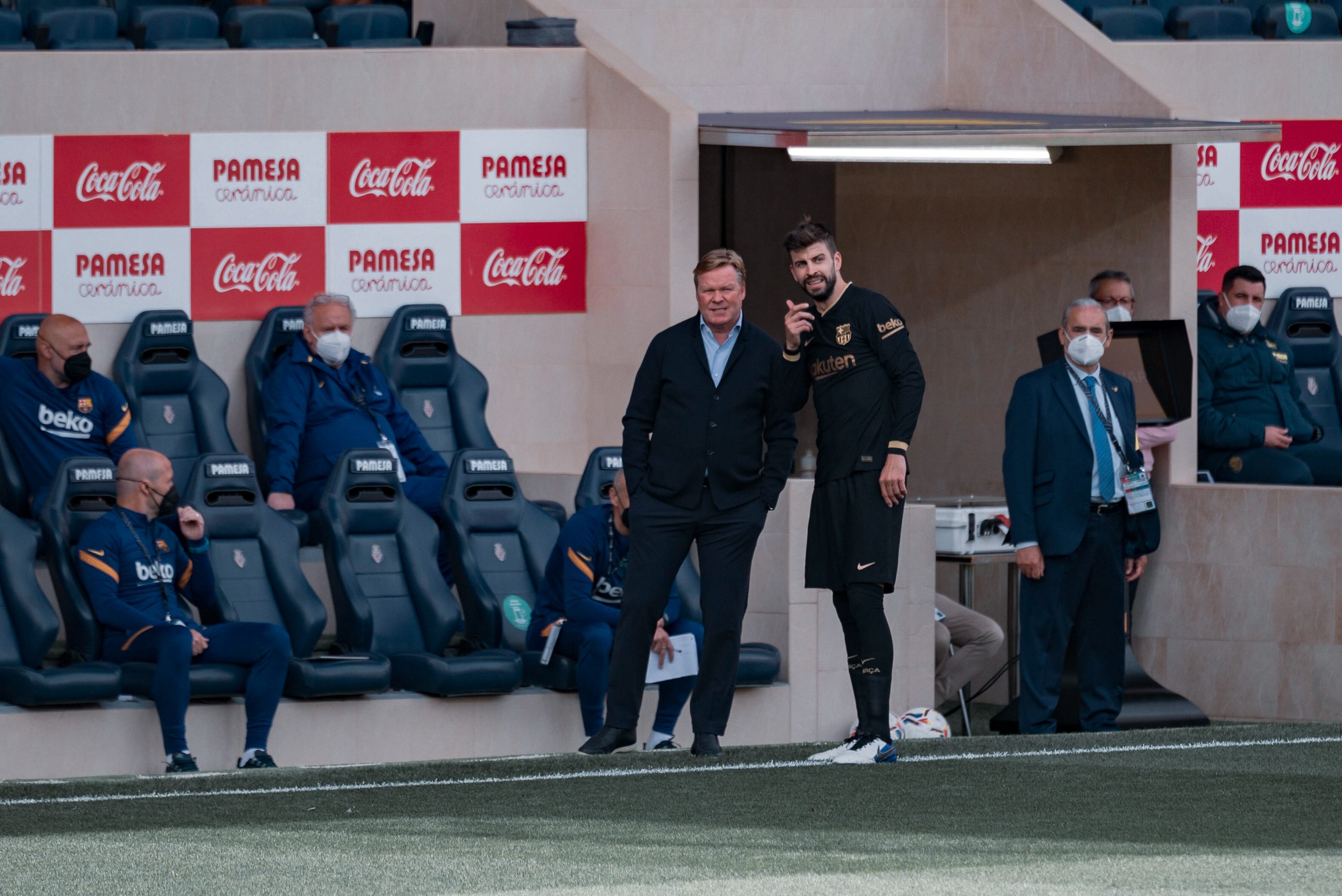 Up until just six months ago, Barcelona were struggling to create an identity for themselves. The coach kept churning out wild formations from a fantasy world in an attempt to fit all players on to the pitch at once. The players remained uncertain as to what their best position on the field was. Sparing the usual group of two or three suspects, no player was guaranteed a fixed starting position. Fans made a lot of fuss out of Ronald Koeman not having a Gala XI — a set of players who were dependable even in the worst of situations.

Fast forward to April, and Barcelona have a solid starting lineup. Sparing the occasional tactical or forced change, the list of players to take the field is a constant. Credit to Koeman, many youngsters have put their hand up and taken the responsibility to perform consistently. From a crude set of tools, the Catalans are now a machine well oiled. Understanding between the players is harmonious, passes free-flowing, and the team looks more cohesive than ever. This is a set of eleven players who believe that they can pull off even the most improbable of comebacks and the biggest of wins.

The Blaugranas now find themselves at a juncture where every decision is crucial. With just six games to go, the league title is well within reach. However, it is far from sealed. The must-win tag on every game ramps up the pressure, a situation that all Barcelona players are wary of.

A lot of these players who find themselves in the coach’s most trusted lineup have seen no rest in months. Frenkie de Jong, Pedri, Jordi Alba, Lionel Messi, Oscar Mingueza, Clement Lenglet, Marc-Andre ter Stegen and Sergio Busquets are among the tireless set of players who have participated in almost every game in the last month. While fatigue is the obvious takeaway here, there are certain advantages. The biggest positive being the incredible growth in cohesion amongst these players.

People have unfairly singled Pedri out, to an extent where some are taking personal digs at the youngster.

Playing over 50 games in a season is not expected of an 18-year-old athlete. Much less so in his debut season with a club as big as Barcelona. Pedri has done just that and done it exceptionally. Barring the occasional dull game, he has always been a bright spark in Barcelona’s midfield. Moreover, even on his bad days, he has been vital in maintaining possession and circulating the ball. His work rate is exceptional, equalled only by a few others.

Heading into the final stretch, there have been calls for rotation, especially given Barcelona’s exceptional squad depth. Many fans and pundits have suggested that some players be rotated to rest or avoid an accumulation of cards. However, this does not seem like the right time to experiment and try new combinations.

Undoubtedly, fatigue is visible in many of the players. It is but natural, with games scheduled every third day. But now, it is a question of costs weighed against benefit. What Barcelona require right now is consistency over anything else. Be it a magical performance or a gruelling hard fight with a lucky winner, it is only the three points that matter to Lionel Messi and co. That said, the benefits of a cohesive eleven with a winning mentality far outweigh the costs of fatigue.

Undoubtedly, Riqui Puig and Ilaix Moriba are great talents who deserve more game time and starting opportunities. However, is it the right time to gamble with six must-win games to go? More so, when a working formula is readily available? It indeed does make one ponder. Given the situation Ronald Koeman’s side are in, they cannot afford to slip.

Ronald Araujo may be a phenomenal defender at his best. However, when the combination of Gerard pique, Clement Lenglet and Oscar Mingueza has worked out so well at the back, is it necessary and take a gamble when every clean sheet is worth gold? During these games, Koeman can take a page out of Pep Guardiola’s book during the 2018/19 season when they were in a tussle for the title against Liverpool. The Spaniard continued to deploy his best XI game after game, starting the likes of an ageing Vincent Kompany, Sergio Aguero, or even players in poor form such as Kyle Walker, because he needed experienced players who could continually absorb the immense pressure.

Barcelona’s midfield looks settled for the first time in years. One need not emphasise the difficulties faced to get a perfect working combination of ball-playing midfielders. After years of playing a makeshift midfield, the club seems to have found a cohesive Cruyff-esque trio. Fatigue aside once more, it would not be wise to shuffle the cards once again with a winning deck in hand. The understanding that FdJ, Busquets and Pedri have developed over the last few months is invaluable and will go a long way towards getting the Blaugrana their 27th league crown.

Similarly, upfront, Lionel Messi has returned to his best. Antoine Griezmann is slowly but surely turning into a reliable source of goals for Barcelona, both of whom will come in handy without a natural 9 at the club. There is no justifiable reason to drop either of the two.

Making changes at this point in the season is a blow to the confidence of the players. It could be perceived as a sudden breach of trust at a time where maintaining morale is key. Regardless of fatigue, the league title means the world to every player in the squad. If there is one thing this year’s Barcelona have shown, it is that they are fighters. Ronald Koeman should stick to his Gala XI for the final six games in La Liga. Only they can navigate through the home stretch and lay their hands on the trophy In May.