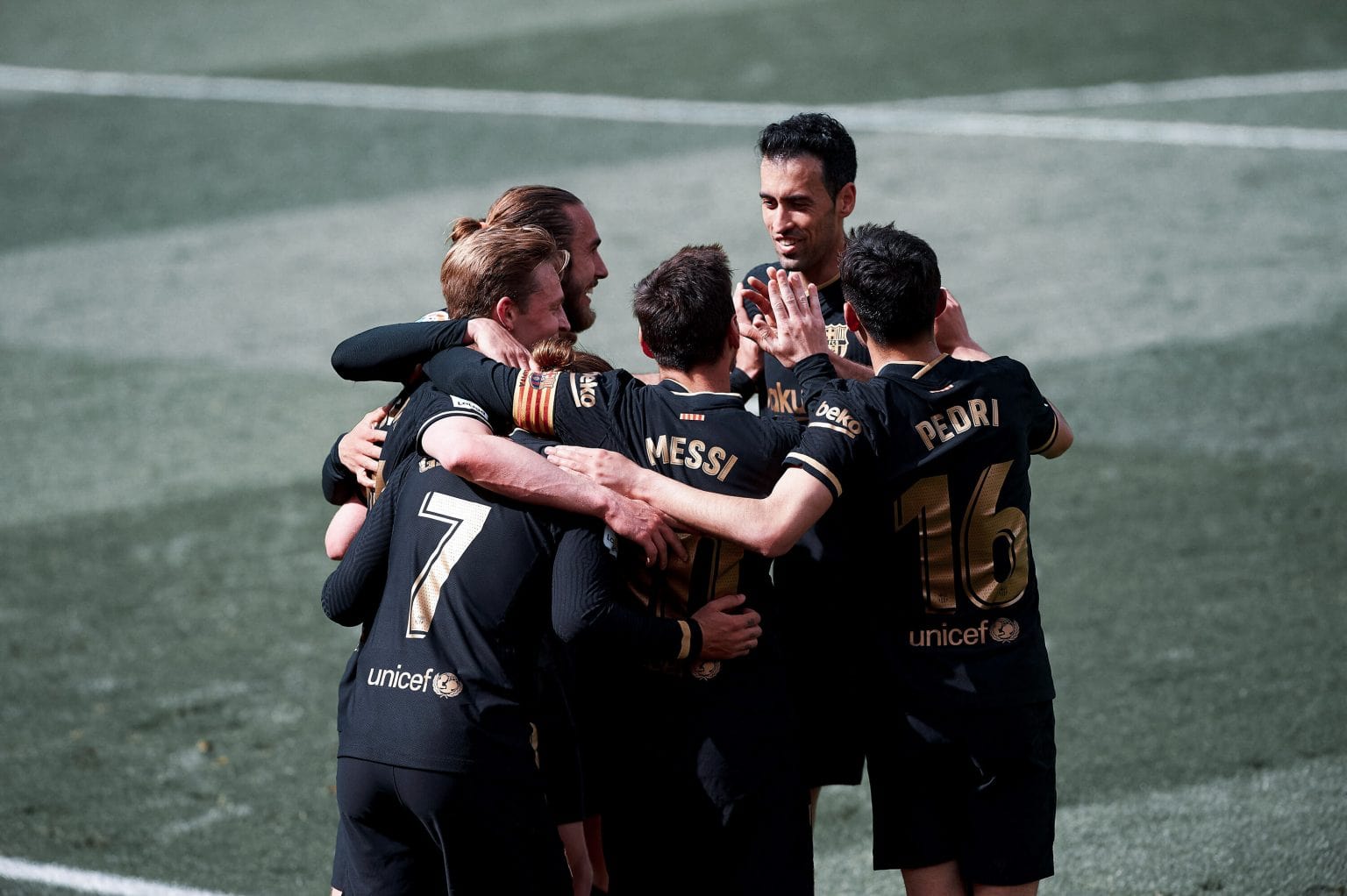 This domestic campaign has been, in every way, shape and form, unforgettable. It has englobed every emotion fathomable, and then some, giving spine chilling moments at the most unexpected times. Be it through injuries, last gasp victories, or the swashbuckling football put on display by Ronald Koeman’s valiant men, this campaign has without a doubt been one for the history books.

Now in the home stretch of the season, Barcelona encounters a completely different set of challenges. In the opening half of the campaign, Atletico de Madrid boasted strength in both depth and character. The loss of this — juxtaposed with their own over performance — has meant that their expansive 14 point lead has been trimmed all the way down to a mere two. This too, having played a game more than second-placed Barça.

Should the Blaugrana look to avoid a similar fate in the final six games of the season, the Dutchman will have to re-evaluate his approach for the coming weeks. There are several potential suspensions, as well as injuries lurking in the distance, craftily waiting for the opportune moment to strike.

In this article, Barça Universal explores what the ex-Oranje manager needs to do to avoid a fate similar to that of Los Colchoneros.

Barcelona’s fixture list reads as follows: Granada, Valencia, Atletico, Levante, Celta and Eibar. While the approach often sought after in such scenarios is to take every game as though it were a final, this wave of thought carries with it a panoply of issues going forward.

It insinuates that every single match carries the same level of importance while — with all due respect to the teams — there is a clear hierarchy from which Ronald Koeman could base himself off in the final few games of the season. The six remaining teams do not necessarily have the same demands in terms of how Barcelona should play or what team they should field, and Koeman could easily structure each starting XI accordingly.

Eibar and Granada for instance are in the lower categories. La Liga’s smallest side, as were the words of Simon Hanley to describe the Basques, sit at the foot of the table, and might see themselves relegated to the Segunda División come matchday 38.

The Andalusian outfit, on the other hand, have endured a quite strenuous second half to the campaign. With only 18 points from a possible 51 since the turn of the year, Granada average less than a point per game. Their performances look even worse when expected points come into play, as that particular table suggests that they have dropped to 17th. These two games certainly do not require the services of the likes of Lionel Messi or Frenkie de Jong, both of whom are walking on eggshells trying to avoid a fifth yellow card.

From January, it would be safe to say that Levante, Valencia, and Celta belong in the same tier. Since the new year’s, the three are each separated by just two points on the log in both actual and expected points. In games such as these, Koeman could relax one of his prized midfielders in place of one who has not received as much game-time as they would have liked but who will do a commendable job in the heart of the team nonetheless. In such ties, he could, without batting an eye, entrust some of the more seasoned La Masia players to take charge of the team.

The final ‘big game’ in the traditional sense would be that against Atletico. Here, the Champions League winner has every obligation to field his best players, as it might just be the tie that decides whether or not the league title returns to Barça or switches hands in Madrid.

Overused individuals and how to remedy the problem

Among the individuals that have featured for the most minutes are Frenkie de Jong, Lionel Messi, Óscar Mingueza, and Pedro González. The argument of late to justify their use — or rather exploitation — is that Barcelona need to win every single fixture remaining and that playing the same eleven is the only way to do so.

This form of thinking is rather counter-intuitive. While yes, it would be reasonable to play your best starting eleven in situations that are in desperate need of a victory, it is imperative that one proceed with caution. The brand of football that Ronald Koeman has prioritized in recent weeks has strenuous demands on the body, given the amount of pressure each individual has to exert on their opponents. This, coupled with the fact that Barcelona is playing twice a week, makes the task all the more laborious for the players.

Pedri and Messi have each started to show signs of slowing down in recent weeks. Both have played almost every minute of football available to them, and sure as death, it is taking its toll on them. Their decision-making abilities and overall decisiveness in games have taken a nosedive, leading to them only performing at their full capabilities only once every few weeks.

A change in formation could prove beneficial to those in need of rest while also granting those often benched some valuable game-time.

With a 3-5-2, Ronald Koeman needs to have Messi and another striker; in this case Antoine Griezmann in the number ‘9’ role.  Should he take up a 3-4-3 or a 4-3-3, he can afford to let the Argentine maestro rest while granting Fransisco Trincão and Ousmane Dembélé an opportunity to play in their respective wings. The Portuguese and Sergiño Dest tend to perform well together, but they are rarely ever given the opportunity to do so. Making this slight shift in setup makes all the difference. This way, three more players get some much-needed action whilst their captain receives his overdue rest. Even with the front two, the Barça number 17 could get a chance to prove himself in the second striker role, one he performed back in Braga.

In the midfield, Pedri and Riqui Puig are almost identical in their tactical profiles, and a swap for either one for the other would barely affect the team. In both his cameo performances against Granada, Puig was among the best on the field, thanks to his immaculate ball distribution and unparalleled tactical nous. While he seems to have lost his place as a regular substitute, overall explosiveness in the mid and final third, especially against weary opposition in the final 30 minutes, could be enough to raise Koeman’s eyebrows about a potential spot on the team.

In Oscar Mingueza’s case, the Dutchman could easily move Ronald Araujo to the right as a passing outlet while the Blaugrana play out the back while Gerard Piqué takes up the vacated area in the middle of the back three. The Catalans’ strength in depth is such that they can afford to make such changes without compromising on the quality of their defending.

Lastly, Jordi Alba could rotate with Junior Firpo. The wingback role is where the Hispano-Dominican gained his popularity among the Barça faithful. Given his near spotless cameo against PSG in the Parc Des Princes, there should be little hesitation in playing him.

The remaining six games in the title race carry their own sets of burdens. In some, as a result of the opposition’s quality, Ronald Koeman can afford to make rotations that have next to no possibility of jeopardizing the effectiveness of the collective. In others, a firmer approach, one capitalising on the maximal strength of his forces, will be the way to go. These six games are in their own rights finals, however, they should each be approached differently. Should the optimisation of the squad’s depth be done with the utmost regard for the team’s strengths, then come May 23rd, the Blaugrana might just be celebrating their 27th league crown.