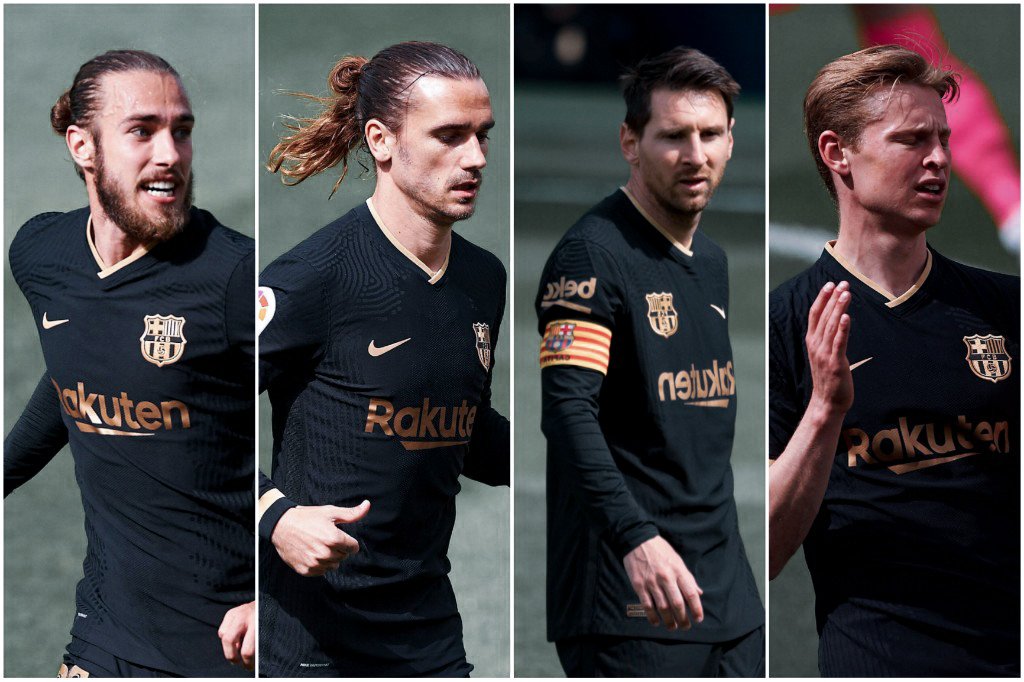 With six ‘finals’ left to play in the La Liga season, Barcelona run the risk of losing four key players to suspension. With three difficult games coming up against Granada, Valencia, and Atletico Madrid, the Catalans must be weary of the possibility of losing four crucial players for any one of these ties.

The first player in question is Lionel Messi. The six-time Ballon d’Or winner has received four yellow cards this season and runs the risk of being suspended if he were to be penalised again.

With three difficult fixtures back-to-back, the best outcome would be the Argentinian getting carded in the Atleti fixture, meaning he would sit out the fairly easy match against Levante. However, the Number 10 does not take too many risks, focusing more on his attacking contribution. Hopefully, Messi can avoid picking up any penalties for the remainder of the season.

Next up is an absolutely vital fixture in midfield: Frenkie de Jong. The Dutchman has exponentially improved his importance to the team, arguably having played nine different roles in the starting 11. The 23-year-old seems tireless in the face of adversity and up for any challenge.

With the unmatched combination of positional awareness, ball-carrying ability, short-passing game, physical excellence, and defensive awareness, de Jong is completely undroppable and immensely vital to the Blaugranas’ midfield. Without him in the centre of the park, a tremendous amount of control is lost.

Having enjoyed the best season of his career so far, de Jong must avoid suspension in any of the next three fixtures. Ronald Koeman had a less than adequate pre-season to experiment with his squad, as well as a gruelling schedule of fixtures.

This has left him with scarcely any room to experiment, meaning the Dutch midfielder has become undroppable at all points of the season. We will have to wait until the season is over to build a reliable base in midfield with more than just the current three key starters: de Jong, Busquets, and Pedri.

However, for now, these three are presumably irreplaceable, and therefore the former Ajax player must be available for the rest of the season under any circumstance.

Thirdly, the surprising entrant into the squad Oscar Mingueza is one yellow card away from suspension. The 21-year-old has enjoyed a near-perfect first season with the first team, improving with every passing fixture. In the 3-5-2 system, he has become a crucial cog in the right-centre-back position, meaning he will be a great loss if he were to be suspended.

However, the Blaugranas can be thankful they have Ronald Araujo as an alternative option, who has been relegated to the bench after a fairly lengthy injury last month. While the Uruguayan is not as positionally adept as Mingueza — and neither is he even close to the Spaniard in ball-playing skills — he is an immense defender with phenomenal athleticism.

The 22-year-old has displayed immense pace and impeccable defensive timing, meaning that the Catalans need not worry all that much if Mingueza sits out one fixture due to suspension.

Finally, the last player at risk of suspension is the in-form Antoine Griezmann. It seems that the French striker has enjoyed a relatively underrated campaign, having registered 18 goals and 11 assists already. Thanks to a surge in form since the beginning of the year, the Frenchman has become a crucial cog to Ronald Koeman’s team.

Griezmann’s work ethic adds a lot to the team as a collective; he can often be seen tracking back and making ball recoveries. Additionally, he is adept at both short-passing as well as playing with his back to goal, meaning he is vital in creating spaces for his teammates and linking up play in the final third.

The World Cup winner displays high intelligence and dexterity consistently while being not as consistent in his direct output in front of the goal. While he has consistently been a helpful individual for the collective and intelligent in any position — a key for Barça’s positional play — it is simply consistency in front of goal that has smeared a black spot in the French striker’s campaign.

However, having bagged four goals in his last three appearances, he has become an important striking partner for Messi in the 3-5-2 system.

Griezmann’s intelligent movement in the box and ability to pick out loose balls and receive crosses means that his presence would be highly missed in such a system. Without him in the lineup, a large threat in the opponent box will disappear. Nonetheless, the Garnet and the Blue possess some adept attackers who can fill in his shoes, such as Ousmane Dembélé.

We hope that none of these four crucial players to Ronald Koeman’s side picks up a suspension in any of the upcoming three fixtures, as each of them would be a huge loss for the Catalans.