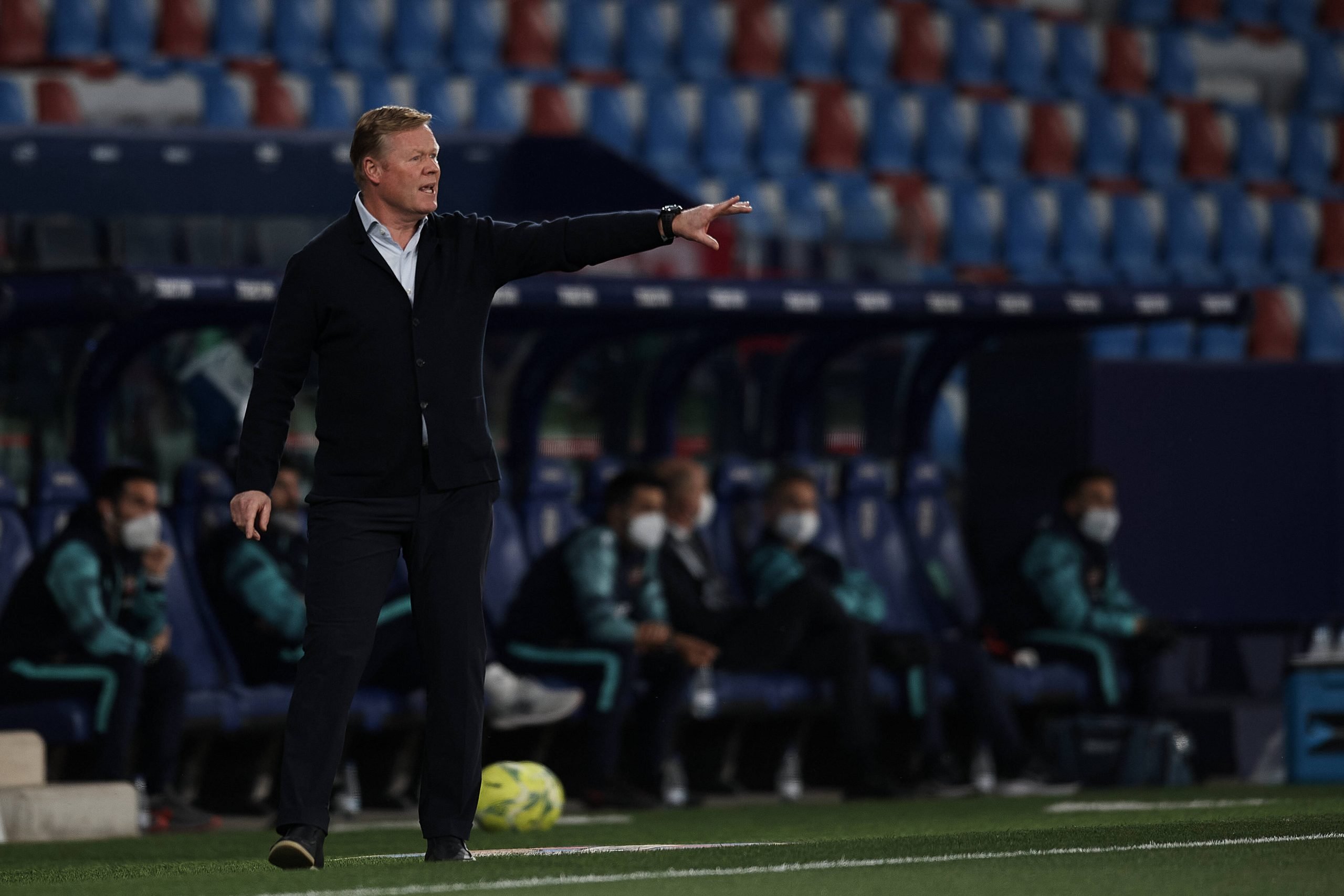 Barcelona’s current season had been chalked up as one of transition before the team even kicked a ball for the first time. However, after a dismal start, Ronald Koeman has largely managed to turn around the side’s fortunes, putting them in contention for a domestic double.

However, with just two games remaining in the 2020-21 La Liga campaign, Barcelona have endured a string of disappointing results that have all but sealed their league fate. As it stands, the Blaugrana will not be able to consolidate on their Copa del Rey triumph with a win in this edition of the Spanish top-flight, a huge strike against Koeman’s name.

With a crucial season change approaching, Barcelona president Joan Laporta is now tasked with some massive challenges to overturn the club’s financial crisis while ensuring a competitive sports project to try and make the next season more successful. Mundo Deportivo report that as a consequence, Laporta has demanded that the coach revert to the institutionalized 4-3-3 setup.

After Ronald Koeman’s numerous experiments with formations, he seemed to have found the key in a three-man backline. But it was never going to be a long term fix for the club and it faltered in the most important moments in the season, the draw against Levante being the latest setback.

In the latest meeting between Laporta, Rafael Yuste and Koeman, these shortcomings were discussed along with some of the possibilities for next season. The emphasis on 4-3-3 and an attacking brand of football reportedly remained imperative for the president.

Laporta showed appreciation for the Dutch coach’s contributions after arriving at such a tricky time in the club’s history and also discussed potential ins and outs for the upcoming window. It will soon be clear if Koeman reverts to the 4-3-3 and also whether he continues at Barcelona at the helm of the dugout.