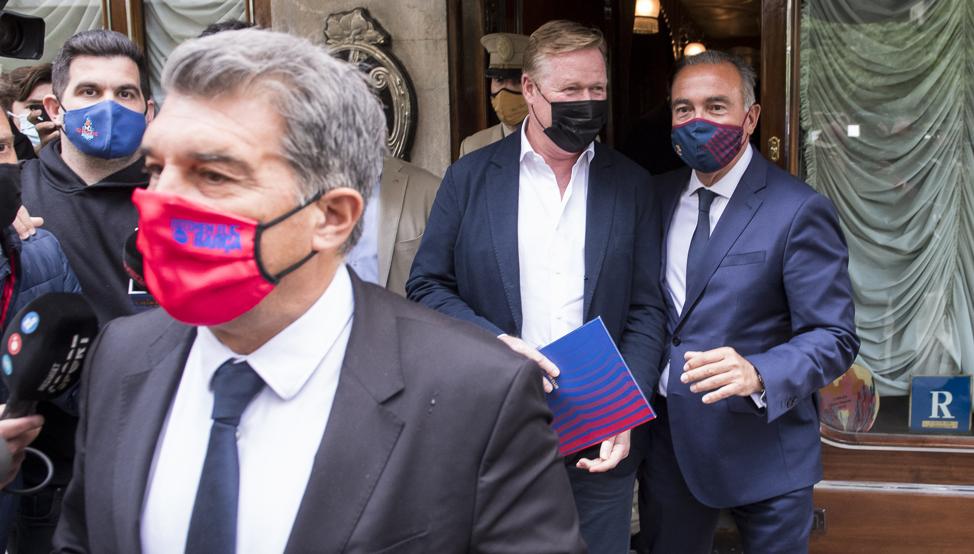 Ronald Koeman’s first season as head coach of Barcelona has been a miscellany of successes, turmoil, and promise. What the Dutchman has failed to offer for large parts of the season, however, is consistency.

It seems — in some way or — the Catalonians rhythm is always disrupted; be it injuries, bluntness in attack, structural deficiencies in defence. Barça have truly struggled to remain steady-footed on a single forward line throughout the season.

The most recent such slip-up has been a 3-3 draw against thirteenth placed Levante at the Estadi Ciutat de València. Courtesy of a floundering defence after a loss of focus in the second half, Barça let a two-goal lead slip by them, portraying — in the span of forty-five minutes — all of Ronald Koeman’s weaknesses as a coach.

Poor in-game management, predictable tactical setups, and a failure to structure his defence have led to Barça failing to compete in the biggest moments throughout the season.

To assess these weaknesses, club president, Joan Laporta, has held a consultation with Koeman over lunch. Understandably, Laporta is a concerned with the Blaugranas’ recent results, who have been looking like a weakened shadow of themselves ever since the international break in March.

Having lost crucial games to Real Madrid, Granada, and drawing others to Atletico Madrid and Levante, Barça have singlehandedly given the title on a silver platter to either of the two Madrid clubs.

As reported by Gol, both Laporta and Koeman outlined good sensations in short statements straight after the meeting. Presumably, the new incumbent president recognises the great work Koeman has done in his time at Barça. He has steered a veering ship back onto its course, offering some kind of stability to Lionel Messi and co.

Having won the Copa del Rey and injecting a new stream of youth into the team, many believe that the Dutch manager has earned himself a place in Barça for another season, if he has left more questions than answers in his tenure thus far.

Concurrently, when asked about the meeting between himself and Koeman, Laporta said, “It was a quiet meal between the coach and the President“, while Koeman offered positivity, saying “The meeting? There has been a very good atmosphere.”

It is becoming exceedingly difficult to predict who will be the Garnet and the Blue’s head coach come next season. Ronald Koeman has offered many positives but has been held back by his own shortcomings as a manager. His stubborn reluctance to explore different midfield profiles, unremitting poor choices of substitutions, and positionally inadequate tactical planning have all hurt the club.

To progress forward and compete at the very top, Barça must stick to their identity of positioning, pressing, and possession, three ideas that require much perfectionism and communication from the head coach.

While Koeman has provided a lot in his first season (likely having earned another season by virtue of stability) Barça will sooner or later require a coach who respects every principle of positional play.

The only way forward is by the utter and unrelenting commitment to the club’s identity and deep-rooted philosophies; a level of consistency in a set of ideas that Ronald Koeman — by nature of his personality as a coach — is unable to offer.