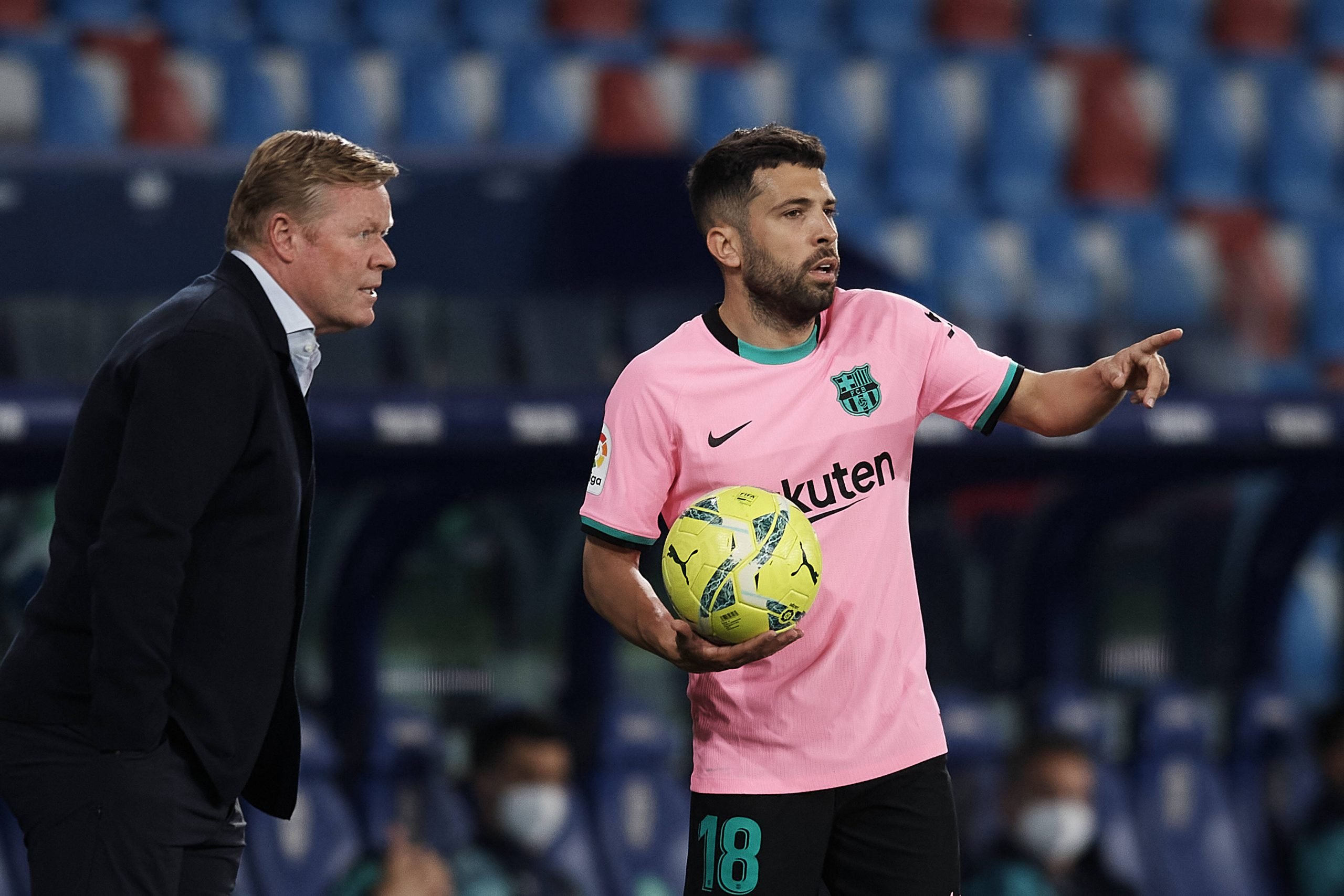 Apart from Gerard Pique, Barcelona have had just one other player that has been a constant in their backline for nearly a decade now. Starting at left-back, Jordi Alba has been irreplaceable, for one reason or another, for the club. Over the last few years, especially, he developed an excellent reaction with Lionel Messi on the pitch.

Now 32, the Spaniard may not have a lot left in his tank. Barça’s quest to replace him, though, is far from simple. He holds weight in the dressing room, and his opinions are heard. In conversation with Marca, Alba talked about Koeman saying:

“Koeman has done a great job since he has joined. We have improved. He deserved to continue.”

He also commented on the transfer of Eric Garcia and Sergio Aguero, speaking highly of them: “I like all of them. I think the arrival of Agüero and Eric Garcia is great. They have spoken to me well about Kun and I know Eric is good while also being a homegrown player.”

Garcia and Alba have played together for the Spanish national team, one that Alba could captain in the Euros if Sergio Busquets does not recover in time from the Coronavirus. He was asked about how he felt holding the right of that armband.

“Wearing the armband for Spain doesn’t condition me. It is a pride to be the captain of the national team, even if it is because of some unfortunate circumstances. Ramos and Busquets helped me a lot when I was young. Now I’ll try to do that.”

Barcelona have been linked with a move for Jose Luis Gaya, whose future at Valencia is uncertain after halting contract extension talks. While the club may not desperately need to replace Alba right now, they do need a backup for next season as Junior Firpo looks ready to leave in the summer.