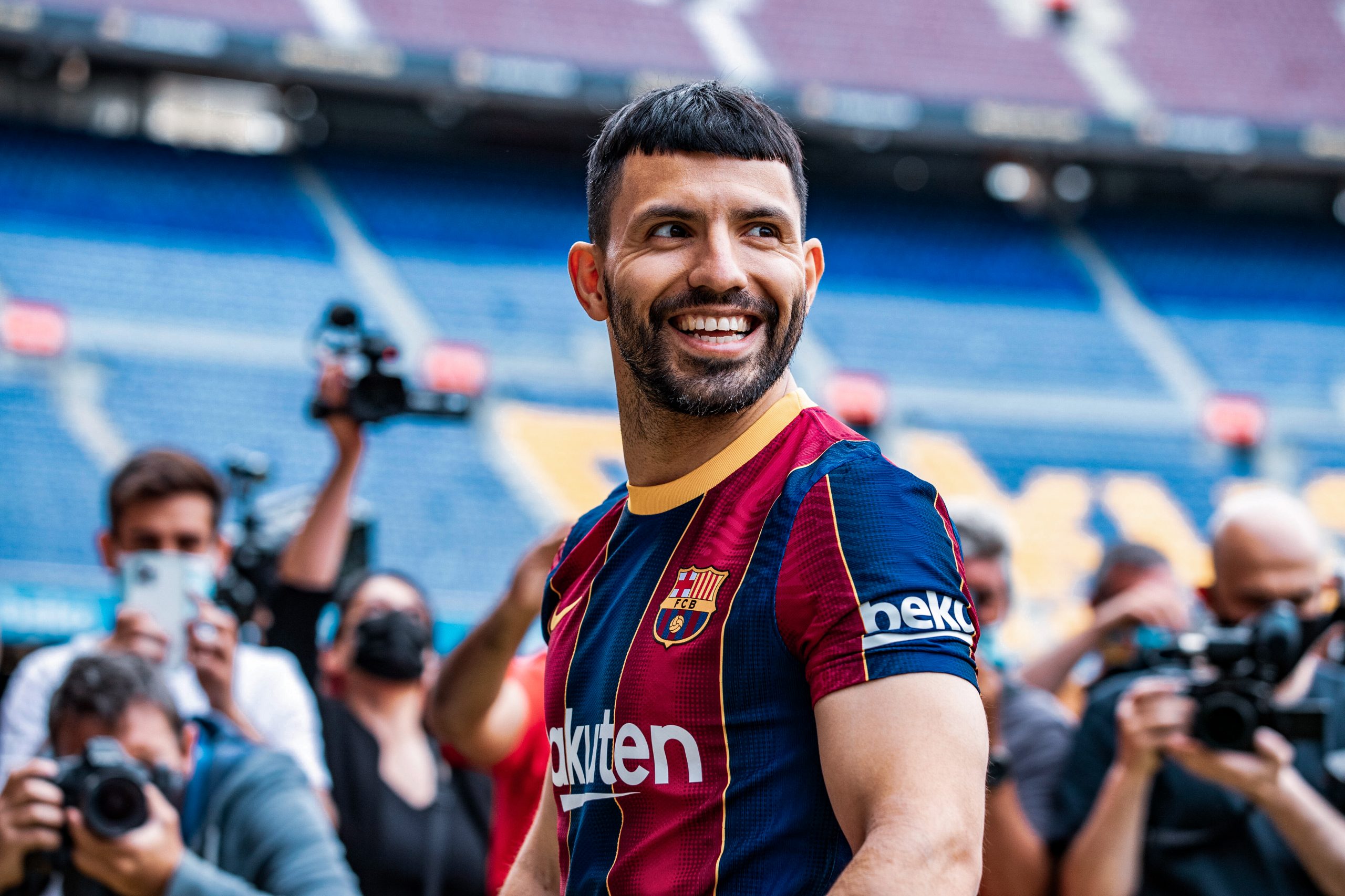 Every football fan has a favourite goal. For Barcelona fans, it could be Sergi Roberto’s goal against PSG to complete their comeback or Lionel Messi’s incredible drive against rivals Real Madrid in 2017. When you ask Premier League fans what their favourite goal is, there is one name that would come up quite often — Sergio Aguero; 2012.

Kun Aguero’s goal against Queens Park Rangers is indeed one of the most breathtaking moments in football history – one that represented a change in tides in not just the city of Manchester but in the Premier League as a whole. From thereon, the Premier League title has been firmly in the grasp of the Mancunians, winning it four times over the next decade and finishing in the Champions League spots in all of those seasons, and Aguero has been at the centre of it all. The Argentine striker has netted an astonishing 260 goals in 360 appearances for Manchester City and leaves the Premier League as the highest-scoring foreigner with 184 goals.

Therefore, it is no surprise that Barcelona fans are excited at the idea of Kun joining the club. The club has lacked a premier striker ever since the departure of Luis Suarez. While age is not on the Argentine’s side, he can still perform at a high level. If Barcelona can extract a good two seasons from him, the wages being paid for him would be well worth it. So what does the Argentine bring to the table?

Simply put, having Aguero in your team means goals. He has the best minutes to goals ratio in the Premier League, better than even former Barcelona man and Arsenal legend Thierry Henry.

Even as a novice in La Liga, Aguero was regularly amongst the goals, scoring 74 in 175 appearances. His positioning is top-notch with an instinct better than the rest, meaning he is regularly in goal-scoring areas.

While he does have a distinct lack of height, standing at just 5’8″, that does not mean he lacks in the aerial department. His low centre of gravity combined with his strength make him hard to shrug off. Moreover, he more than compensates for his lack of height with his movement. Aguero’s movement is amongst the very best, looking to get on the blindside of defenders more often than not. What Barcelona has lacked is a striker who looks to make penetrative movements into the box – and Aguero does just that.

Moreover, he possesses the ability to finish quickly and with very little backlift, with many of his finishes coming within one or two touches. The sheer power with which Aguero can finish means that he leaves the goalkeepers with little chance to save. Not to forget, the Argentine is pretty two-footed and is not hesitant to use his weak foot, so defenders have to close him down quickly – which leaves more space for his teammates. Case in point, his goal against Liverpool in the 2-1 win at Etihad.

All in all, Aguero has everything a striker needs to be a successful goal-scorer. Even at age 32, these qualities of his have not diminished and should benefit Barcelona immensely.

While Aguero gets his fair share of credit when it comes to his abilities as a goal-scorer what many people do not give him credit for is his ability to adapt to multiple roles as a striker. Aguero can play both as the focal point of attack and as a “withdrawn” striker, dropping deeper to help link-up play.

When he first came to City, they preferred a two-striker setup, with Aguero the deeper of the two more often than not. Aguero’s strength and ability to hold the ball mean he can cage the ball from opposition players effectively and link up with his partner. This did not mean a shortage of goals, as he combined well with strikers like Edin Dzeko and afterward, Alvaro Negredo to lead the charts.

Unlike most forwards shifting away from a two-striker partnership, Aguero continued to be successful after being moved to a lone centre-forward. As a single striker, it was expected of the former Atleti man that he be a “poacher”, relying more on his movement and finishing to stretch the oppositions.

When Pep Guardiola arrived, many thought that Kun would not be a good fit, but was quickly proven wrong as he kept scoring goals. With his back to goal more often under Guardiola, Aguero improved his passing and his ability to receive the ball under pressure.

Furthermore, the Spaniard’s setup ensured Aguero’s strengths were still being utilized to the fullest, leading to a great goal-scoring record for Aguero under him, with 78 goals coming in his first four seasons under Guardiola. Even with Gabriel Jesus, a forward considered to have more technical ability and much quicker, Aguero remained the top choice for Guardiola until the last season – which speaks volumes about his ability and versatility to adapt to different striking roles.

One of the biggest positives with Aguero’s arrival is his relationship with Lionel Messi. Kun already has a great working relationship with the Barcelona great through the Argentine national team, making it easier for him to adjust. Moreover, he has past experience in La Liga, meaning he is not necessarily being dropped into a completely new arena.

One of the major reasons for Aguero’s success in the Premier League was his excellent understanding with David Silva and later Kevin de Bruyne behind him. When the City playmakers got the ball, Aguero would instinctively know which area to move to, to receive the pass, and vice versa. A similar link could easily be formed between Aguero and Messi at Barcelona.

Both regulars for the Argentinian national team, they would have a clear understanding of how the other plays – which could easily translate at club level as well. Moreover, their personal relationship is well documented as well, which is one of the reasons president Joan Laporta is looking to draft in the Argentinian striker. None of the other Barcelona forwards have shown the same chemistry Suarez shared with Messi – but Aguero has already expressed a strong desire to play with the six-time Ballon d’Or winner, and this desire could very well lead to the chemistry Barça has lacked.

As a player, Aguero is amongst the upper echelons, but what has hindered him from being considered amongst the very top with the likes of Robert Lewandowski and Luis Suarez are his injury issues. Ever since Guardiola’s arrival, Aguero has not gone injury-free in any season, and the Catalan giants must not get lost in the romanticism of the transfer.

Even in the recently concluded campaign, Aguero missed a total of 17 games for the English club. In the season before that, he missed 24 games owing to a knee injury. While he used to miss a few games here and there due to minor injuries, recent seasons have seen him off the pitch for long periods – which could be a cause for concern for the Blaugranas.

However, given that Barcelona has ample options in the forward department, Aguero could easily be rested in unimportant games and be rotated, therein avoiding injuries. The quality that the City legend brings is too impressive to ignore, especially considering that it is a free transfer. Moreover, he has taken a big wage cut, so the expectation should be that he is to fill the gap for a couple of years before Barcelona go after a younger striker – and for this, the Argentine is a perfect stop-gap solution.

As Barcelona lacks the resources for a big-money transfer, they have to look towards short-term alternatives hoping to make their transition a success. Since the departure of Suarez, Barcelona has lacked the firepower needed to break open defences. Aguero is a complete forward and does not lack in any department when it comes to his ability as a striker. Moreover, he is more than capable of playing various roles as a striker, which means he would have no problem adapting to the setup at Barcelona.

His existing relationship with Lionel Messi is great, and his arrival could very well mean Messi extending his contract and ending his career with Barcelona, something that all Cules would desire. While he does face injury concerns, he should be looked at as a short-term solution, and for that, the ability that the Argentine has is great. With thoughtful rotation and great chemistry with Messi, Aguero could turn out to be a great short-term signing and the difference between 3rd place and the La Liga title.