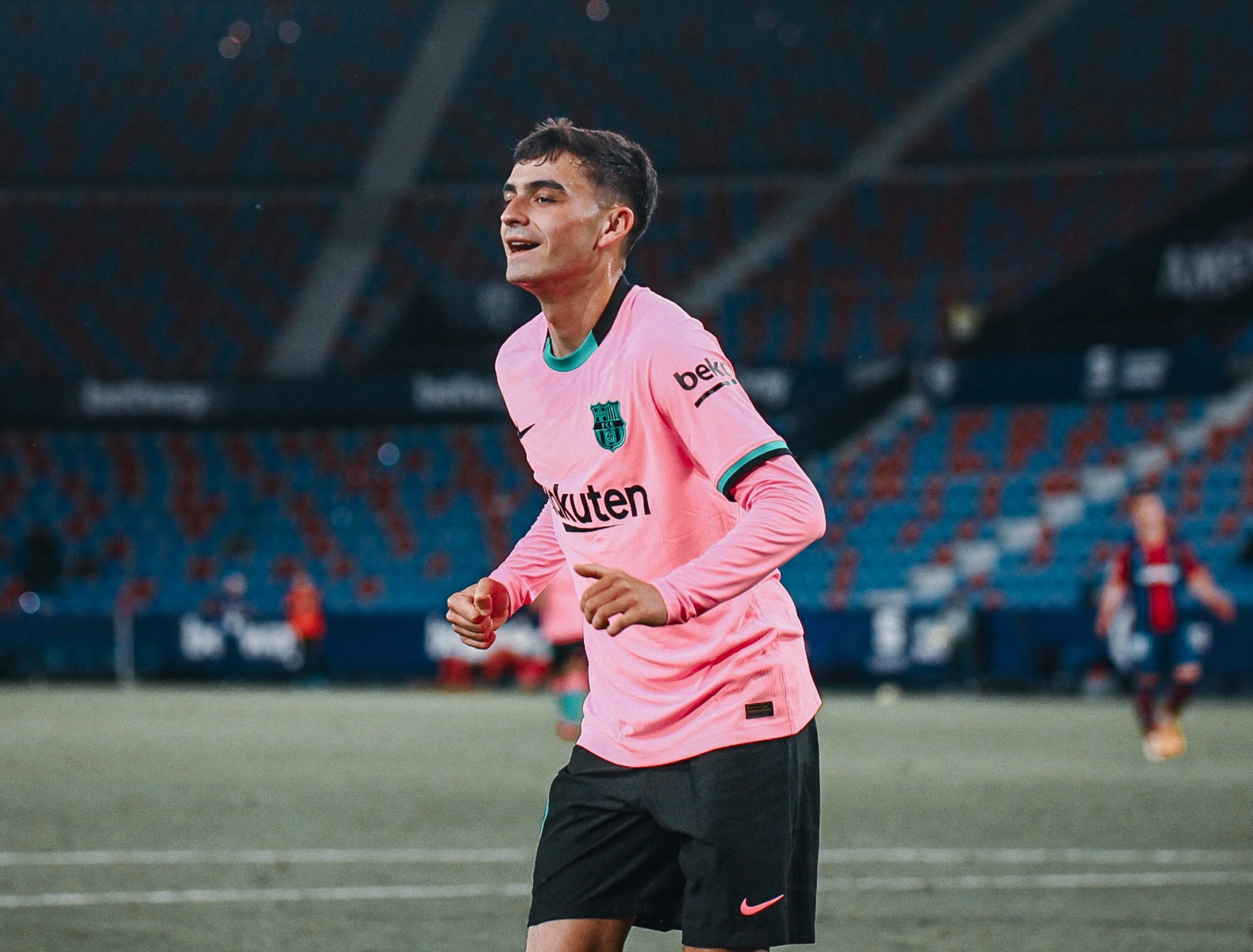 It is the opinion of fans and pundits worldwide that Barcelona’s heart has always been its midfield. The Spanish club has had no dearth of talent in the middle of the park over the years. From Johan Cruyff to Bernd Schuster, Guillermo Amor to the legendary Michael Laudrup, the torch was always in safe hands.

The list of legendary midfielders just goes on with Pep Guardiola and Luis Enrique to the more recent Deco. The 2000s saw the side blessed with one of the greatest midfield trio’s to ever grace the game, with the renowned Xavi-Iniesta-Busquets combination taking the world by storm.

Needless to say, the midfield has indeed been a department Barcelona has historically excelled in. Since the departure of Xavi and Iniesta, Barcelona scouts worked overtime in the hunt for the ‘next big thing’. And while fans thought they had their cherry in Arthur Melo, an unexpected twist eventually followed.

The forced departure of Arthur Melo last summer opened up opportunities in the midfield. With Ronald Koeman coming in, Barcelona bode farewell to the likes of Ivan Rakitic and Arturo Vidal. The sudden flurry of departures was a critical step towards restoring a midfield that bled garnet and blue.

Pedri signed for Barcelona for a paltry 5M euros. The agreement with Las Palmas was signed on 2nd September 2019 and would be effective from the 1st of July 2020. At the time of his move, the youngster was only 17 years old, and all signs pointed to a minimal involvement in the first team.

As per recent reports, Ronald Koeman was pushing for a loan move for the young Spaniard. However, it was Ramon Planes- the technical secretary- who refused this request. Since then, Pedri has gone on to make more than 50 appearances for the club in his debut season, a feat very few can boast of. In fact, the doubts about his playing time have since turned into worries about his exhaustion.

The youngster started his career at the Catalan capital as a backup to Phillipe Coutinho. The Brazilian was the mediapunta in Ronald Koeman’s 4-2-3-1 setup, and the 18-year-old was a regular off the bench. It was against Getafe that he made his full debut for the side, and he played past the hour mark, dropping an elegant performance. He would score his first goal for the Catalans in the very next game, coming off the bench against Ferencvarosi.

Impressed by the youngster’s versatility, Koeman provided him with a massive opportunity against Juventus at the Allianz Stadium. And well, what a game it would turn out to be. That night, Pedri announced himself to the world in grand style. The young midfielder toyed with Juventus’ left flank like none other. Defensively he was as solid as could be and completed the game with five completed dribbles out of six.

How Pedri gained the manager’s trust in such a short period is a question worth pondering upon. In a team with veterans like Miralem Pjanic and Phillipe Coutinho, Pedri stamped his authority in a ridiculously short time. The answer, however, lies in the performance.

For beginners, Pedri’s unbelievable spatial awareness adds a new facet to his game. Moreover, his comfort on the ball makes him perfect for a system like Barcelona’s. It is this elegance in his game that makes it so smooth and free-flowing. His dancing feet rattle oppositions as much as they do fans, helping him squeeze out even from the tightest spaces.

Pedri’s passing range adds another weapon to his artillery. The young lad knows when to pass and exactly where to do so. These are fundamentals of the brand of football that Barcelona play and perfect execution of these basics is vital for any Blaugrana midfielder.

In addition to being just comfortable on the ball, the Spanish international has an exceptional vision. He has the knack of finding defence-splitting passes out of thin air, something neither Phillipe Countinho nor his 160 million euros could achieve.

However, what made Pedri permanent in Koeman’s plans was his defensive shift. The youngster’s contribution in defense has been immense. With an average of three duels won per match and close to two tackles, he has been more than a traditional mediapunta. This very facet of his game, alongside his stamina and work rate, has him preferred over other choices.

Since Coutinho’s injury late last year, which has all but sealed his move away from Barcelona, Pedri has come up exponentially. He has become an undisputed starter in midfield alongside Frenkie de Jong and Sergio Busquets.

The youngster has played in a variety of positions over the season. Despite starting as an attacking midfielder in the 4-2-3-1 setup, Pedri was soon pushed into a defensive midfield role to accommodate more firepower up front. Though he did not put up a bad performance, the new role masked the magic of the Canarian.

The best of Pedri has undoubtedly come on the left. However, as the season progressed, Frenkie de Jong was given a more advanced role with Pedri being pushed back. The shift to 3-5-2 has done a world of good to players like Jordi Alba, Gerard Pique and Sergio Busquets, but Pedri was one of the few to be hurt by it.

With the wingbacks playing a more advanced role and the midfield being more crowded, Pedri has found it difficult to recreate his numbers. This is clear in the marked decrease in the number of G/A for the Spaniard. However, that takes nothing away from his contributions on the pitch. Just like Sergio Busquets, the Barcelona midfield would crumble without Pedri at the moment.

Going forward, it looks like the club will head back to the traditional 4-3-3 system. There are reports that Joan Laporta and other board members are unhappy with the new 3-5-2 system and want more attacking football. With Barcelona’s football destined to move back to the former setup, Pedri’s statistical resurgence too is just around the corner. He will be a vital part of Barcelona for years to come, hopefully even decades.