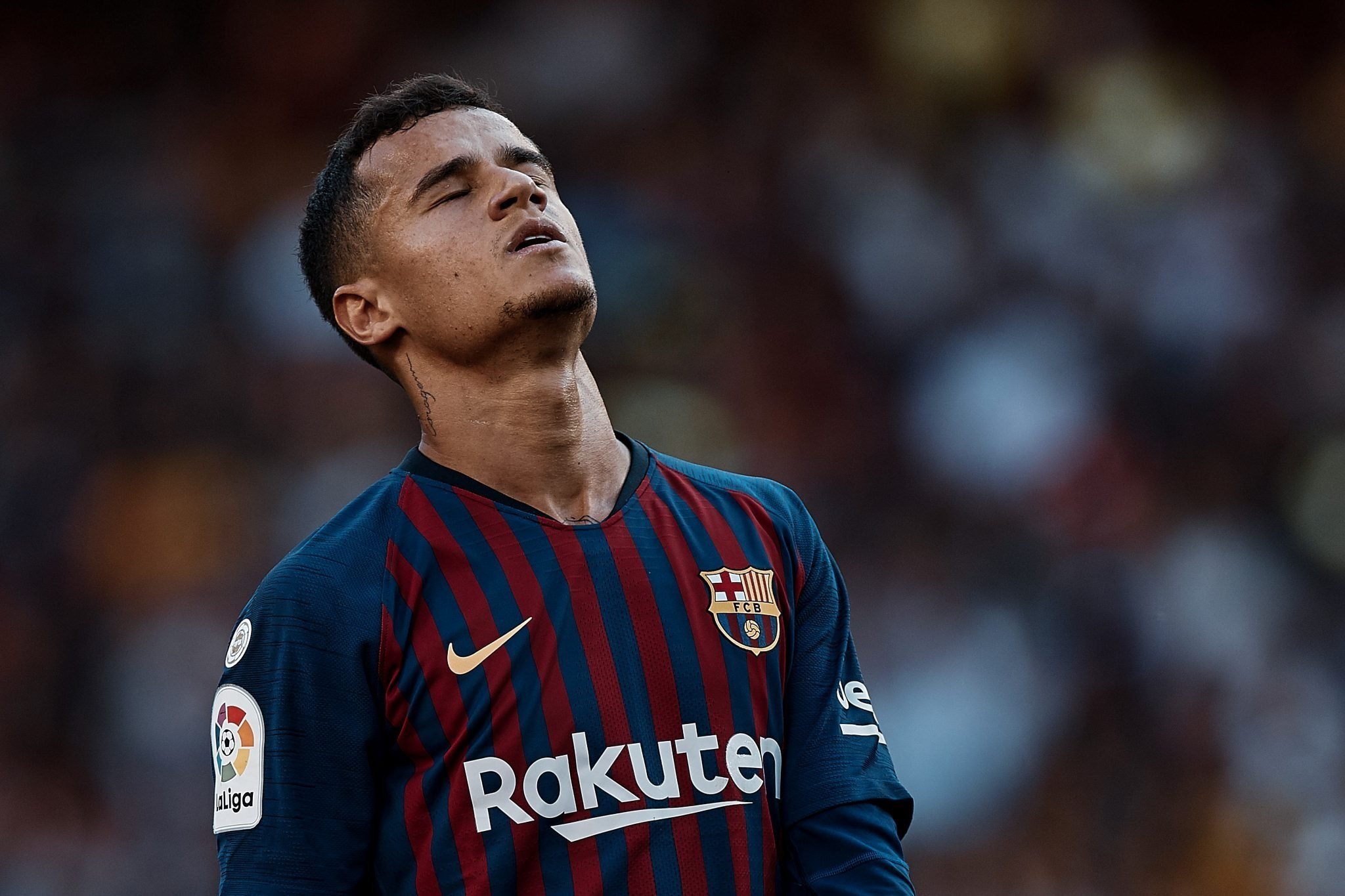 Neymar Jr stood on the podium at the Parc des Princes on the day of his unveiling with the label of the most expensive transfer in the history of football dangling over the €222 million signing’s head.

As the Paris Saint Germain faithful chanted their new signings name in adoration, the Brazilian knew his life was about to change, as the then 25-year-old was tasked with guiding PSG to European glory by winning a first Champions League title for the Paris based club.

Across the English Channel in Liverpool, Neymar’s friend and fellow Brazilian Philippe Coutinho was about to see his life turned upside down as part of the chain reaction, as Neymar’s former club FC Barcelona planned to use the money of the transfer to recruit Liverpool’s number ten.

After a turbulent summer window in which Barca failed to land their man, the following window would see Liverpool’s little magician swap Red for Blaugrana in a deal worth up to €160 million. Coutinho described the move as a “dream”, but soon enough, the club he described as a “place of magic” would become a place of despair for the Brazilian, as his dream unravelled into a nightmare.

The failure of Philippe Coutinho at Barcelona was down to several things, some factors within Coutinho’s control and others out of it. The factors in the hands of the club’s personnel could have been handled much better, and if they had done so, the Catalan giants might have seen the best of the Brazilian maestro.

With the 28-year old’s departure imminent, Cules will never get to see the very best of what Coutinho truly had to offer. Therefore, in hindsight, we can now look at how Barcelona could have gotten the best out of their €160 million signing.

A Little Magician in the Advanced Eight

When hitting the rewind button to look back at everything that went on from the get-go with the transfer of Phillippe Coutinho, it is now apparent that the signing of the little magician was always pointing in the direction of failure.

The Brazilian chaotic exit from Liverpool, the mess behind the scenes at Barcelona, the absence of a top manager at the club and the expectations of an enormous transfer fee in a high-pressure environment were not factors suited to a quiet, obedient 25-year-old; especially when one considers the kind of environment Coutinho was coming from.

At Liverpool, Coutinho was settled, and any mistakes made would be met with a hug from Jurgen Klopp and the acceptance of an off day from the fans. It was the Brazilian’s team and now he would become just another body at a club where mistakes are not only unacceptable but vehemently criticized.

Klopp’s famous quote about Coutinho now rings ominously true as everyone is left with nothing but wonder at what could have been.

“Stay here and they will end up building a statue in your honour. Go somewhere else, to Barcelona, to Bayern Munich, to Real Madrid, and you will be just another player.“

At the start of Coutinho’s time at Barca, none of these factors showed. The Brazilian’s first half-season was positive with fantastic performances in both La Liga and the Copa del Rey, two medals Coutinho would go on to collect almost immediately after arriving. In 22 matches, the 25-year-old contributed with 9 goals and 7 assists, numbers that bred excitement for the following season.

For the 18/19 season, Ernesto Valverde decided to switch from his pragmatic 4-4-2 formation to a 4-3-3, a favourite of both Barcelona and Coutinho. The first mistake from Valverde, however, was playing Coutinho to the left of the front three.

At Liverpool, Jurgen Klopp used Coutinho on the left for his ability to cut inside and the Brazilians ability to work in both tight and open spaces. The important thing to note is that in Klopp’s system the left side of the pitch was his space and once Sadio Mane and Andrew Robertson joined the squad he was moved back into the number ten slot.

At Barcelona, the left side of the pitch is Jordi Alba territory, which forced Coutinho to play more inverted, which led to Brazilian stepping on the toes of Lionel Messi and becoming anonymous in a lot of games. On occasion, Valverde would use Coutinho as an advanced eight, a role that El Txingurri should have assigned full time to Barca’s new signing.

In the advanced eight position, the 25-year-old would have had his own space in the half-spaces to operate, away from Alba and Messi to avoid any congestion.

The position would have allowed the Brazilian to advance forward and play off Luis Suarez to fire shots away. It would have given Barca the option of an extra runner, a trait that is aiding the Catalan side presently through Frenkie De Jong. The addition of pace in front of the Brazilian would also have helped unlock Coutinho’s passing attributes, but it was a quality that Barcelona side lacked, which in turn hampered the little magician.

Coutinho started the season in this role, and it was not a coincidence that the midfielder started the season positively, with four goal contributions. Valverde’s inability to see the benefits of the Brazilian in this position leads Barca fans to the realm of what could have been, but all the blame cannot be put on the Spaniard’s door.

In this role, some areas of Coutinho’s game could have been exposed, such as the Brazilian’s lack of defensive work and the absence of physical strength. In many games for Barça, these flaws were noticeable, but the rewards would have trumped the risks and Barcelona might have seen the best of Coutinho if the 25-year-old were given the time to adapt and make the position his own.

Ultimately, Coutinho’s performances on the left are the reason why the Brazilian has been linked with a move away ever since. Although his talents were not allowed to flourish in this role, a player of that quality should have done better and contributed more.

NO Benefit to Barca, only Bayern

From Barcelona’s point of view, Phillippe Coutinho’s loan move to Bayern Munich sums up the presidency of Josep Maria Bartomeu, as it felt like a cut off your nose to spite your face situation, which in the end it was ironically.

It was complete mismanagement from the former Barca president, as the Spaniard decided to send away a €160 million signing because of one bad season just to save some money on wages. This left the Catalan side with midfielders such as Arturo Vidal and Ivan Rakitić, players who were well past their prime and offered nothing to Barca in the present and future.

From Coutinho’s point of view, his time in Bavaria was memorable, as Hansi Flicks team became one for the history books winning the treble in Coutinho’s time at the club.

Coutinho started the season brightly under the leadership of Niko Kovač but after an embarrassing 5-1 defeat to Eintracht Frankfurt, the Croatian manager was replaced by Hansi Flick. This was not good news for Coutinho as the new manager felt Thomas Muller was a better option in the ten position, which proved right but left the Brazilian without a clear role in the team.

Coutinho would spend the rest of the season as a rotation player before an injury caused the 27-year-old to miss a large chunk of the end of the season.

Coutinho’s time at Bayern was not anything special from a development perspective. Bayern’s chairman Karl-Heinz Rummenigge summed up the Brazilian’s time best when he said, “he has played well in some games…sometimes he gives the impression that he’s inhibited”.

Coutinho finished the season with 11 goals and 9 assists across 38 games in all competitions, which was not an awful return. Bayern’s home match against Werder Bremen was the highlight of the Brazilian’s time with Die Roten, in which he scored a hattrick and assisted two more. Although Coutinho lined his pockets with medals in Munich, the 27-year-old would have benefited more back in Barcelona.

Bartomeu’s short-sighted approach left Barca without a player with incredible quality, and it came back to bite him in the form of the Brazilians two goals against the Catalan side in the Champions League quarter-final. Barcelona ended the season with zero trophies. Although this might not have changed with Coutinho around, the Brazilian would have no doubt offered more than the likes of Vidal and Rakitic.

As mentioned earlier, Coutinho did not really gain anything from his move to Bayern. Another year in Catalunya would have allowed the Brazilian to develop his role in the team further and form a better understanding with his teammates. His time in Germany was not impressive enough for Bayern Munich to continue their relationship. Still, it did catch the attention of current Barcelona manager Ronald Koeman, which offered Coutinho a second chance.

The appointment of Ronald Koeman offered Philippe Coutinho a lifeline at Barcelona, as the Dutchman knew the Brazilian would have a role in the 4-2-3-1 formation, he planned to deploy from the get-go.

Like the previous two seasons, Coutinho started the season off brightly. The Brazilian played in the ten for Koeman and seemed to have a part in everything good Barcelona did going forward. The 28-year-old stepped up in a difficult moment in Barca’s season and it looked like this would be the season that he won over Barcelona’s fans.

Unfortunately, as the season went on Coutinho’s performances started to dwindle and once Koeman switched to a 4-3-3, Coutinho’s importance began to transfer over to Barca’s new prospect Pedri.

Coutinho’s misfortune continued when the 28-year-old ruptured his outer meniscus, an injury he is still yet to recover from. In his absence, Barcelona have been flying and have switched to a 3-4-2-1 set up, and the Brazilian’s 18-year-old replacement Pedri has become one of the first names on the manager’s team sheet.

There is nothing the club or Coutinho himself could have done in this period of his career, as he started so well, but it was simply a series of unfortunate events that blew his progress off course.

The damage was done before this season, and once Coutinho got injured, the Brazilian had no credit built up to fall back on. With that being said, it is almost certain that Philippe Coutinho will leave Barcelona this summer to make way for new signings, which will end the Brazilian’s turbulent time in Catalunya two years earlier than expected.

Throughout Philippe Coutinho’s time at Barcelona, it felt like it was the wrong place at the wrong time. The Brazilian was always labeled a Barcelona player when at other clubs. But once the little magician got there, he found a club in a state of self-destruction. Although the player’s performances are ultimately what put him in the position he currently finds himself in, the manner in which the club mismanaged Coutinho restricted any chance of the midfielder succeeding.

Since leaving Liverpool, Coutinho has lined his pockets with plenty of trophies but has not stamped his mark on the football world. The 28-year-old is far from finished and although the Barcelona faithful never got the chance to see Coutinho at his brilliant best, hopefully, there is another club out there that can bring him back to his best version because football misses the magical displays of his immense talent.