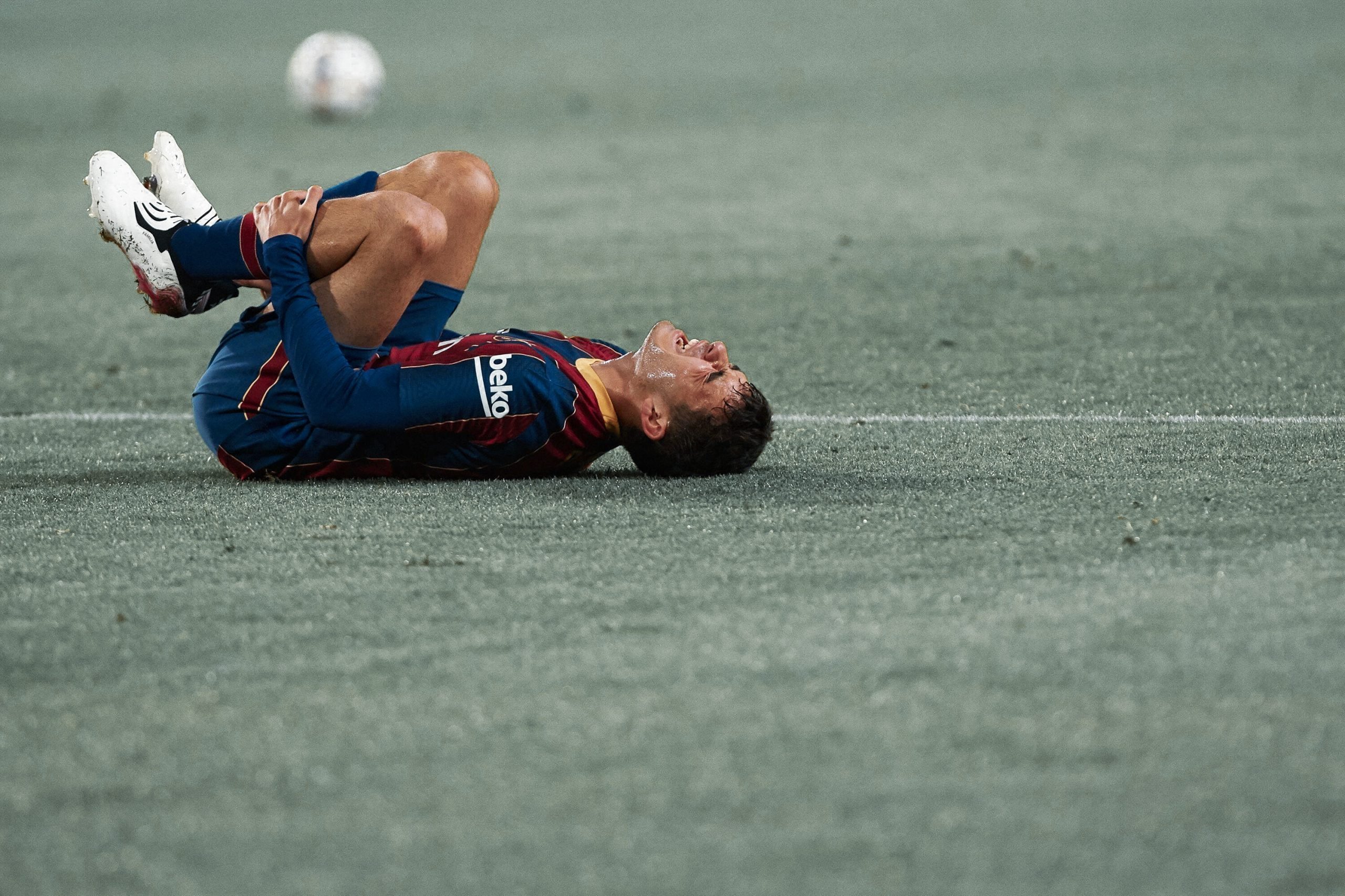 While Pedri has undoubtedly proven to be an excellent signing, has Ronald Koeman been pushing the young midfielder too far?

Expectations for Pedri’s debut season at the Camp Nou were not extremely high. As a young player stepping up from a much smaller club, many did not see the Spaniard taking on a key role in Ronald Koeman’s system.

However, the 18-year-old has been one of the first names on the team sheet for almost every match this season, and he has made the left half-space in Barcelona’s newfound midfield his own. The playing time is certainly deserved, as Barcelona seem to have a star on their hands, but recently, some fans have claimed he is running out of gas.

This begs the question: has Koeman leaned too heavily on Pedri? For someone with no top-flight experience before the move to Barça and who has only been competing against top opponents since the start of this season, this could lead to fitness issues, or worse, injuries.

To evaluate the situation, we should take into account Pedri’s style of play, the usage of other young midfielders across Europe, and whether or not the numbers show him declining over the course of the season.

To start, it should be recognized that the youngster is asked to do a lot when on the pitch. While the former Las Palmas star does not fit the traditional mould of a box-to-box midfielder, he performs a variety of tasks at a high level.

From deeper areas, the Spaniard is also tasked with carrying the ball forward and supplying progression with his dribbling. This, of course, means covering more ground.

Defensively, too, Pedri closes down opposition passing lanes at a relatively high rate. Furthermore, much of his defensive effort comes with his actions that do not result in direct ball wins. Out of all Barça players with 1,000 or more La Liga minutes played this season, the teenager ranks third in tackles plus interceptions per 90 minutes but is clearly the leader when it comes to pressures per 90.

Thus, Pedri certainly seems like the type of player who could use some rotation every once in a while. Even for a more experienced player in their peak, covering that much ground and filling all those roles can be very demanding.

While it may be hard to imagine, are there any other centre midfielders in Europe’s premier competitions who are in a similar situation to Pedri? Looking at the top ten for minutes played by those currently 21 and younger, there certainly are not many.

Only five names come out above Pedri’s, and only one, Stade Rennes wonderkid Eduardo Camavinga, is a fellow teenager. Making the Spaniard’s standing even more impressive is the fact that half of this list is playing in Ligue 1, where the competition is perhaps a bit lighter, while Pedri is the only La Liga representative.

On top of that, Pedri is the only player featured who also made it to the Champions League knockout stage this season. Not to mention Barça’s extensive run in the Copa del Rey title.

Other young centre midfielders have been receiving an abundance of playing time, but none really at the same level of competition that Pedri’s minutes have come against.

Do his statistics show signs of decline?

Finally, how have Pedri’s statistics evolved over the course of the season? Of course, changes in role and opposition can play a part in this, but if his pressing numbers or other outputs have decreased dramatically, that would be a telling sign.

When splitting the teenager’s appearances into chronological, relatively equal thirds based on minutes played, this is what you get:

While, once again, these stats do not directly correlate to fitness, the results are quite astonishing. Pedri’s pressing volume in the most recent period, which started with the match at Sevilla at the end of February, has actually increased by a considerable amount. He has been less involved in chance creation, but his involvement in ball progression has remained at a substantial level.

In short, in Pedri’s last 700 or so minutes on the pitch, he has been applying pressure at a much higher rate while not sacrificing his progressive responsibilities. Perhaps this is a bit of an insight into Ronald Koeman having more knowledge of the player’s fitness and physical wellbeing than the supporters.

Ultimately, that last point prevents anyone outside of the club from making any conclusions. The coaching staff, the medical staff, and the players themselves will have the best understanding, while everyone else sees glimpses of how the player seems to be feeling.

The data available points to Pedri’s physical state is more than fine in recent weeks and that he has actually kicked into somewhat of second gear. To that point, fans may have credited some flat performances recently to tiredness and being overworked when they were just, in fact, poor displays that are understandable for such a young player.

But, either way, it still feels as though Koeman could be giving the teenager more time off the pitch. Whether this is to preserve his fitness and prevent an injury during his developmental years or just to provide a spark when Pedri is having a bit of a rough patch or his profile does not fit the opposition, rotating other midfielders in more could be beneficial.