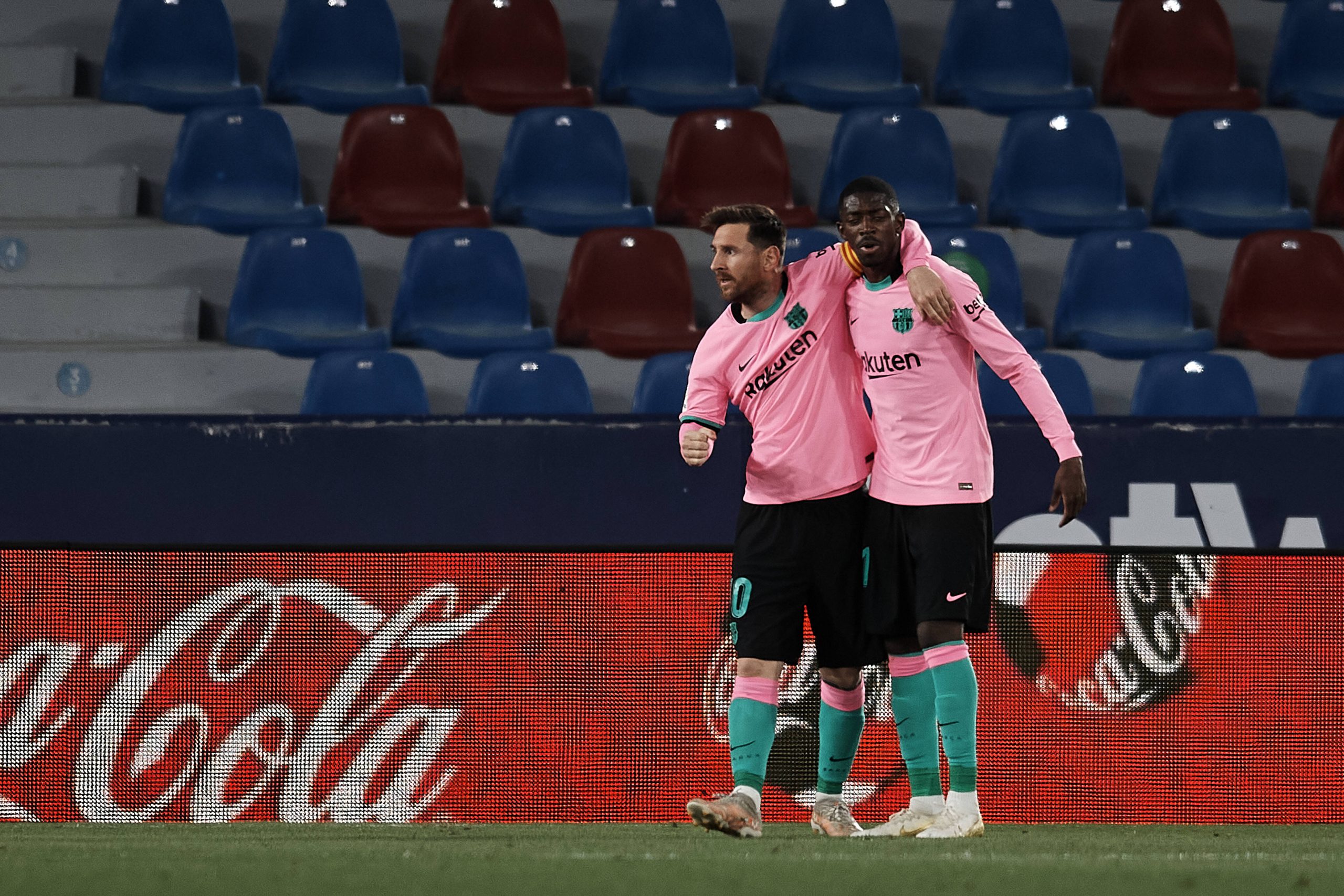 Another day, another opportunity squandered by Ronald Koeman’s Barcelona to reach the top of the La Liga table. After a disappointing 3-3 draw against Levante, the Catalans have once more failed to step up in another crucial game. And this time, it may be the final nail in the coffin of their title aspirations.

In what was a pulsating encounter at the Estadio Ciudad de Valencia, a blistering start to the game from the Blaugrana quickly unravelled as the minutes ticked on. Barcelona took the lead, extended it and retook it after blowing it, only to concede again in the final few minutes.

Barça Universal presents the five key stats from the encounter.

Whenever Barcelona face Levante, it seems as though there is never a shortage of goals. The Catalan giants have never once failed to score against Los Granotes. And that trend continued as Barcelona put three past their hosts again on Tuesday night.

Barcelona have scored in each of their 29 La Liga games against Levante. Only against Rayo Vallecano do Barça have a better average of goals-per-game than against Levante in the top-flight.

The first of these goals came from the boot of Lionel Messi, as it so often does. With his wonderful volleyed finish past Aitor Fernandez, Messi extended his tally to 29 goals for the campaign and continued his hot streak since the turn of the new year. He remains the frontrunner for a record eighth Pichichi award.

His wonderful form throughout has also put him in second place for most goals scored across all competitions in Europe’s top five leagues.

Players from the top five European leagues with the most goals this season in all comps:

The other two Barcelona goals, saw major involvements from Ousmane Dembele. After not starting in any of the team’s past five matches before Levante, the Frenchman made a stellar return to action in an unconventional wingback role.

After a fabulous assist to Pedri to make the scoreline 2-0, Dembele then popped up with a crucial goal after Levante’s equaliser to hand Barcelona the advantage once again. A venomous strike on his supposedly weaker right foot, capped off a great display from the 23-year old, marking a milestone goal for him in the Garnet and Blue shirt, one that also proves as a testament to his incredible two-footedness.

Ousmane Dembélé has scored 30 goals for Barça in all competitions, 15 with his left foot and 15 with his right.

Alas, all these contributions were in vain as silly errors and lapses in concentration when it mattered, resulted in another bitter and frustrating evening for Barcelona. At the tail end of the season, this draw marks the second occasion where they have been architects of their own downfall.

Barcelona have lost more points from winning positions than any other team in LaLiga since matchday 32 (three vs Granada and two against Levante).