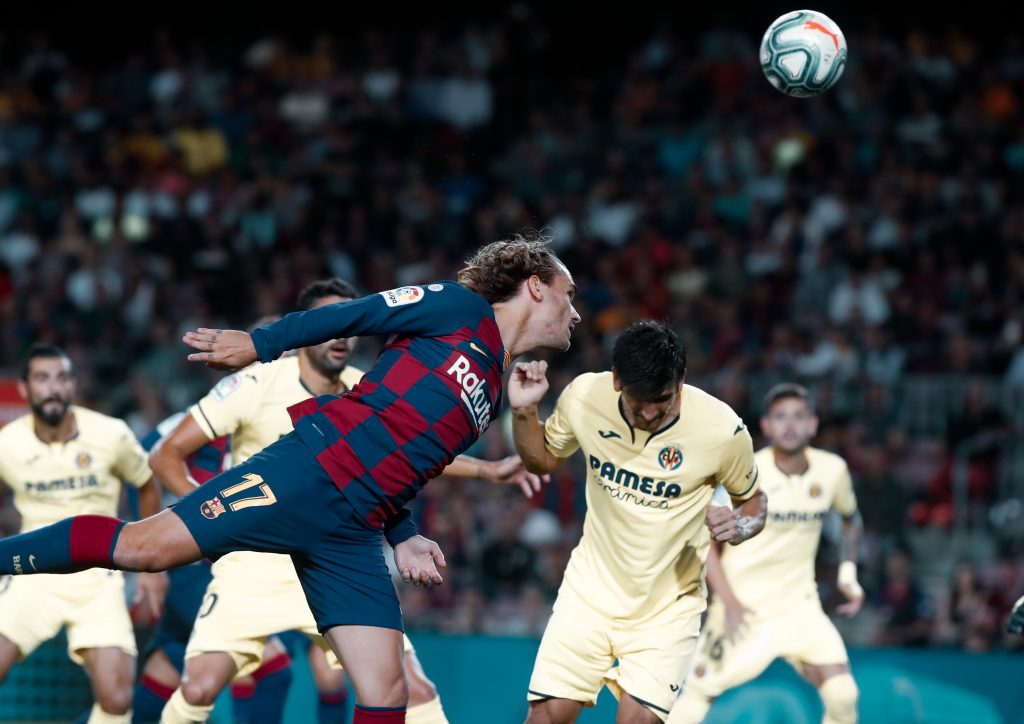 In one of the best games of the weekend, our editors try predicting the final score and share their player to watch of Sunday night’s match between Villarreal and Barcelona.

While there isn’t much hope left for Barcelona in the La Liga title race, especially after three draws in four games and considering Real Madrid beat Athletic Club by 0–1 earlier today, Sunday night’s clash promises to be a very exciting one. Villarreal, in red hot form since the return of La Liga, will host Quique Setién’s men at the Estadio de la Cerámica. Thus, our editors share their predictions, thoughts and player to keep an eye on from the meeting between Villarreal and Barcelona.

Nothing to play for?

Barcelona come into this game in second position, and a win wouldn’t even take them top, more so after Real Madrid’s 0–1 win over Athletic Club. So, that means Barça have nothing to play for, if not pride. The last two results were harsh, as the performances were the best since the return but the outcome was not what was expected from the culés.

To add insult to injury, Barcelona have had a cataclysmic form away from home, and their last game in Villarreal was a thriller but was a lucky mostly. However, the blaugranas should play for pride and not the title. The title is far away from them, and they all they can do to keep hoping is win their remaining games.

“They [Villarreal] are doing things very well, with a lot of talent and players in good form, who defend well and who are going to compromise us a lot because they are playing at home. But we played a pretty good game against Atlético de Madrid and I hope we are at that level and get through the game”

The Catalans should also play for continuity. Riqui Puig’s last performances were outstanding, and the youngster will show more if he’s starting again away at such a tough stadium. Many other players should follow Riqui’s path, especially the likes of Iván Rakitic, Gerard Piqué and Nélson Semedo. For others, it is the perfect opportunity to find form. Luis Suárez, Martin Braithwaite, Antoine Griezmann or Jordi Alba are in dire need of confidence, and they should play to find it today.

For Villarreal, they have been in scintillating form, with their players firing on all cylinders and their race for Europe looks more and more dangerous now. They will look to add to their five wins and one draw since the return to keep their advantage from Getafe.

The classiest player in the whole league will rock up against Barcelona at Estadio de la Cerámica today. Hopefully, but unlikely, paired with Bruno Soriano, another classy fan-favourite in La Liga, Santi Cazorla will start for Villarreal to light up a game where magic is invited. Mesmerising passes, fabulous assists and unparalleled intelligence, Santi has got it all and will look to dominate the midfield battle against the future of Spanish football, Riqui Puig, and the best holding midfielder in Spanish football, Sergio Busquets. Every fan should keep their eyes glued to that magician, as he is determined to win it for his boyhood club.

The rough road ahead

The Catalans once again take the field tonight after the heartbreaking 2–2 draw against Atlético de Madrid. Real Madrid’s victory over Athletic Club earlier today surely removed even the slightest title hopes in the hearts of culés. There is still however a lot to play for, and with his job on the line, Quique Setién has a point to prove. The opposition is as tough as it gets, Villareal sit proudly at fifth in the table. The Cerámica is one of the hardest stadiums to play at, and every clash between these sides has a nail-biting finish. Villareal haven’t lost in their last six games with the Santi Cazorla and Gerard Moreno finding their feet in the recent games. They also have former Barcelona player Paco Alcácer in their ranks, and any defensive lapses by the Catalans will certainly be punished heavily.

If anything, the two-month hiatus from football has only helped this magician conjure more spells. The Spanish international always been regarded as one of the most audacious players to have been seen. It is very often his moment of brilliance that sets up Gerard Moreno and Paco Alcácer into sensational positions to score. He may be 35, but with 8 goals and 8 assists this season he is far from done. The way he caresses the ball is unique and on a night when he is up against Leo Messi, expect nothing less than fireworks on the field.

Santi Cazorla, an eternal magician for Villarreal | Photo by AFP7 via Imago

Playing not for the title, but for the football

It is highly unlikely that this clash will be as packed with goals as the last time Barcelona and Villarreal faced each other at the Estadio de la Cerámica. On that occasion, on April 2019, the game ended in 4–4, with late goals from Lionel Messi and Luis Suárez to tie the game. Now, though, Villarreal are in much better form, and with a better recent record than Barça. With five wins and one draw, the Yellow Submarine have been the second best team in La Liga since football returned, after Real Madrid. Quique Setién will surely be hoping not to concede two goals for the third consecutive match. But this match, even if the title race may already be over, promises to be full of goals and entertainment.

Last season wasn’t a good one for Villarreal, as they finished in 14th and had to battle to avoid relegation. It wasn’t a good campaign for Gerard Moreno either, who had returned from Espanyol but couldn’t find his best form with the Groguets. This term, though, the story has changed for the team, and for the player. With 15 goals, Gerard is the third top goalscorer in La Liga, and on his way to a Zarra trophy as the top Spanish scorer in the league. The 28-year-old is very mobile, an expert at generating spaces for himself, while he has the instinct and quality to finish the chances inside the box too. Villarreal’s most important figure in attack.