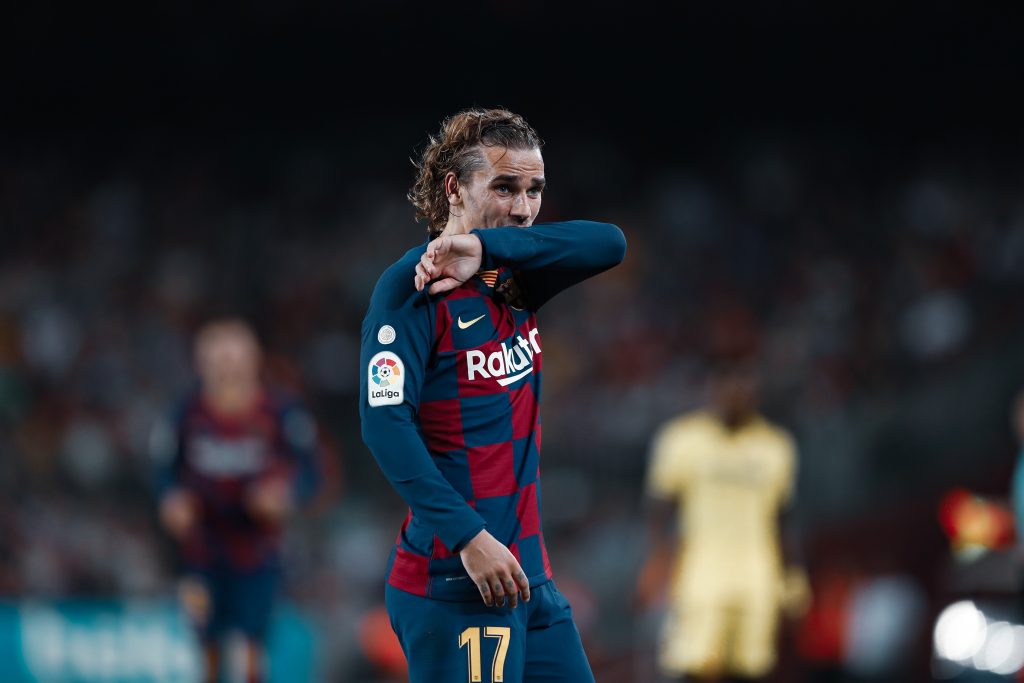 As Barcelona visit Villarreal on Sunday night, which line-up should the blaugranas field at the Estadio de la Cerámica?

Despite talk about the La Liga race being virtually over with Real Madrid strong at the top, Barcelona must intend to give it their all and not lose heart just yet. If there’s one club that can turn a four-point deficit around, it has to be the blaugranas. Therefore, as Barça approach the much-awaited Sunday clash against Villarreal, here’s how they should line-up in order to certify the three crucial points:

Marc-André ter Stegen has arguably been one of Barcelona’s most valuable players this season, playing a crucial role between the sticks. Although Barça have been shaky in defence in the past two matches, the German shot-stopper invariably guarantees giving opposition strikers a tough time. Ter Stegen must once again be featured in the starting XI, especially if the club desire to retrieve their solid record at the back.

In spite of starting every game since the resumption of football, Gerard Piqué‘s inclusion will be essential in such a high magnitude fixture, one that could possibly determine the fate of the Catalans in La Liga. Piqué has been in tremendous form lately, anchoring Barcelona’s backline and establishing a formidable partnership with his partner, Clément Lenglet.

With not much rest to benefit from, the Spaniard could certainly fall victim to fatigue and exhaustion, but without him in charge of Barcelona’s not-so-stable defence, the chances of securing a win could go down the drain.

French international Clément Lenglet enjoyed an illustrious return against Atlético de Madrid as he was utterly faultless and proved to be an indestructible wall at the back. With Samuel Umtiti’s constant struggles with injuries and Ronald Araújo‘s lack of experience, Lenglet would be one of the easier picks for coach Quique Setién. Following some rest against Celta de Vigo, Clément would be fit enough to operate at his very best.

Catalan right-back Sergi Roberto was forced to remain out of action for about two weeks due to an injury, even so, his inclusion in the last two squad-list means he will be ready to start games from now onwards.

After missing three games through injury and coming off the bench against Atlético de Madrid, Sergi Roberto could return to the starting XI tonight | Photo by Cordon Press via Imago

Nélson Semedo displayed a couple of exceedingly promising performances for the azulgranas ever since football returned, but has failed to be at his daunting best as of late. The Portuguese was uninspiring on the left flank against Atlético de Madrid and was unable to make a significant impact in the final third. Sergi’s presence not only helps the team be purposeful in possession, but also more imposing moving forward.

Given the fact that Barcelona are deprived of options on left-back and will desperately require a win to keep the title race alive, Jordi Alba’s addition seems to be a no-brainer. While he was ineffective in his previous outing, an in-form Jordi Alba is simply a menace on the flanks.

Sergio Busquets is just another one of Barcelona’s veterans to be aching from lack of rest, but a much-needed break against Celta may have surely helped the midfielder recoup and recover. Busquets has been the heart and soul of Setién’s side and his services from the pivot role will be in high demand against a side like Villarreal.

From rags to riches. Iván Rakitić was practically said to be done at the club a few months ago, but his marvelous performances as of late have shown that he’s more determined than ever. The Croatian midfielder has been instrumental in various encounters thus far, and, despite a relatively less influential display against Diego Pablo Simeone’s side, he has been a key member of Setién’s squad. With the lack of options in midfield and his impressive form, he must unquestionably continue to feature in the line-up.

Young, energetic, and zestful. Riqui Puig has brought a completely new dynamic in the culés‘ stale midfield. In spite of facing a physically robust team such as Atlético de Madrid, the youngster proved to arguably be the best midfielder for his side, brushing off fierce challenges and always looking to do something innovative on the ball.

“We’ve all seen his level. He has taken a very important step and has earned continuity in these games. But I tell him not to stop what he’s doing, but to improve. He is aware of the opportunity he has been given”

His priorities as a player have always been to progress forward and operate in an electrifying manner, which is exactly the kind of profile Barcelona require at the moment. Arthur Melo and Arturo Vidal, in their current form, stand no chance against young Puig.

After sealing his 700th career goal at long last, Lionel Messi would be playing with a large burden off his chest. Although the Argentine hasn’t had much time to rest recently, there seem to be little debate over his inclusion considering how vital his involvement against a mighty opposition such as Villarreal could be. Messi may need rest more than ever, but now is certainly not the time to afford that.

Antoine Griezmann‘s grieving performances in these last few weeks have been dismal to say the least. But with Luis Suárez in one of his worst patches of his career, Barça seem to be deprived of options upfront. The Frenchman has been involved in countless hearsays and rumours after the draw against Atleti. Therefore, an opportunity to start may not only help clear the air, but also enable the 29-year-old to get back to his well-known stride.

“Antoine is fine, he is a great professional. I have exchanged a few words with him, he is an extraordinary, professional boy and it will not affect him when he has to play again because he is a very mentally strong boy and I am sure that we will have him at 100% when he has to go back to the field”

Ansu Fati‘s exclusion against Atlético de Madrid proved to be a huge blow for Barça as the side lacked width and verticality on the field. The youngster is yet to establish himself as a regular starter, though, he has already become an incredibly necessary asset up front. If the club intend to stretch Villarreal’s defence and aim to find chances frequently, Ansu must start.