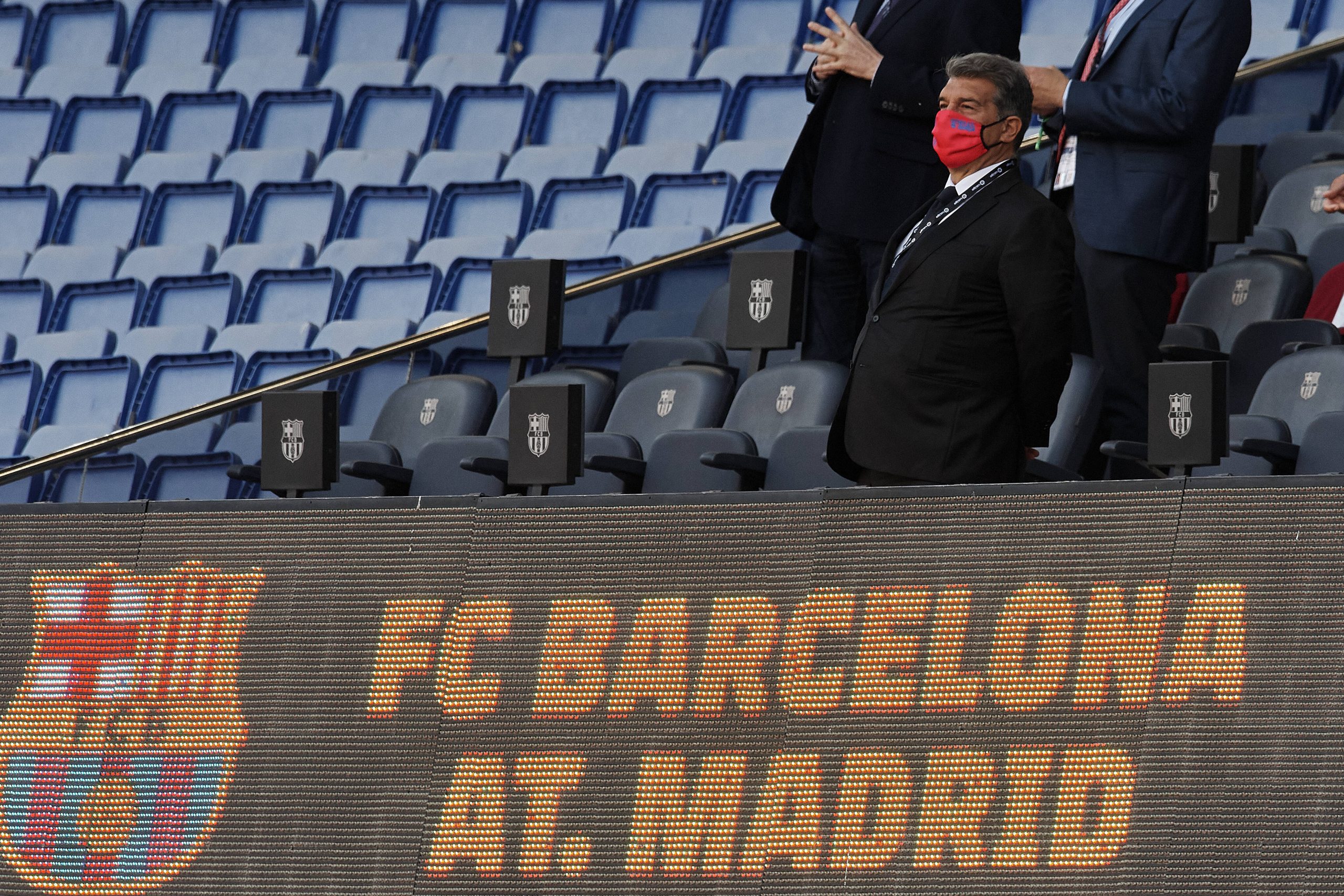 Following Barcelona’s stalemate against Atletico Madrid in one of the most crucial La Liga games of the season, El Chringuito report that some of the big names in the dressing room met up with club president Joan Laporta to discuss matters regarding the club’s future.

The Catalans’ goalless draw at the Camp Nou further dented their aspirations of a 27th La Liga title. In what was a fairly lacklustre performance, they now have no choice but to try and win their games while hoping that their rivals Atletico and Real Madrid drop points in the final three games of the season.

The result was a disappointing one for the Blaugrana. Having endured a shocking start to the season, they worked tremendously hard to get themselves into the title race with Atletico Madrid and Real Madrid, but lost games when it mattered most. After throwing away their chances of topping the table, Barcelona can only wait and watch.

The draw was reportedly followed by speculation within the Barcelona team, as some of the dressing heavyweights, including Gerard Pique, Lionel Messi and Jordi Alba all gathered together for a meeting with president Laporta in a meeting to discuss the future of the club’s sporting project.

The outlet report that Ronald Koeman was not present, which implies that there are still doubts about his continuity at Barcelona as head coach next season. The program also discussed mentions of Xavi’s possible return, this time in a coaching position.

The Spaniard recently announced that he is close to renewing with Qatari outfit Al-Sadd. The doubts mount about Koeman as his record in the big games continues to worsen. Regarding his future, however, no concrete news has emerged yet.