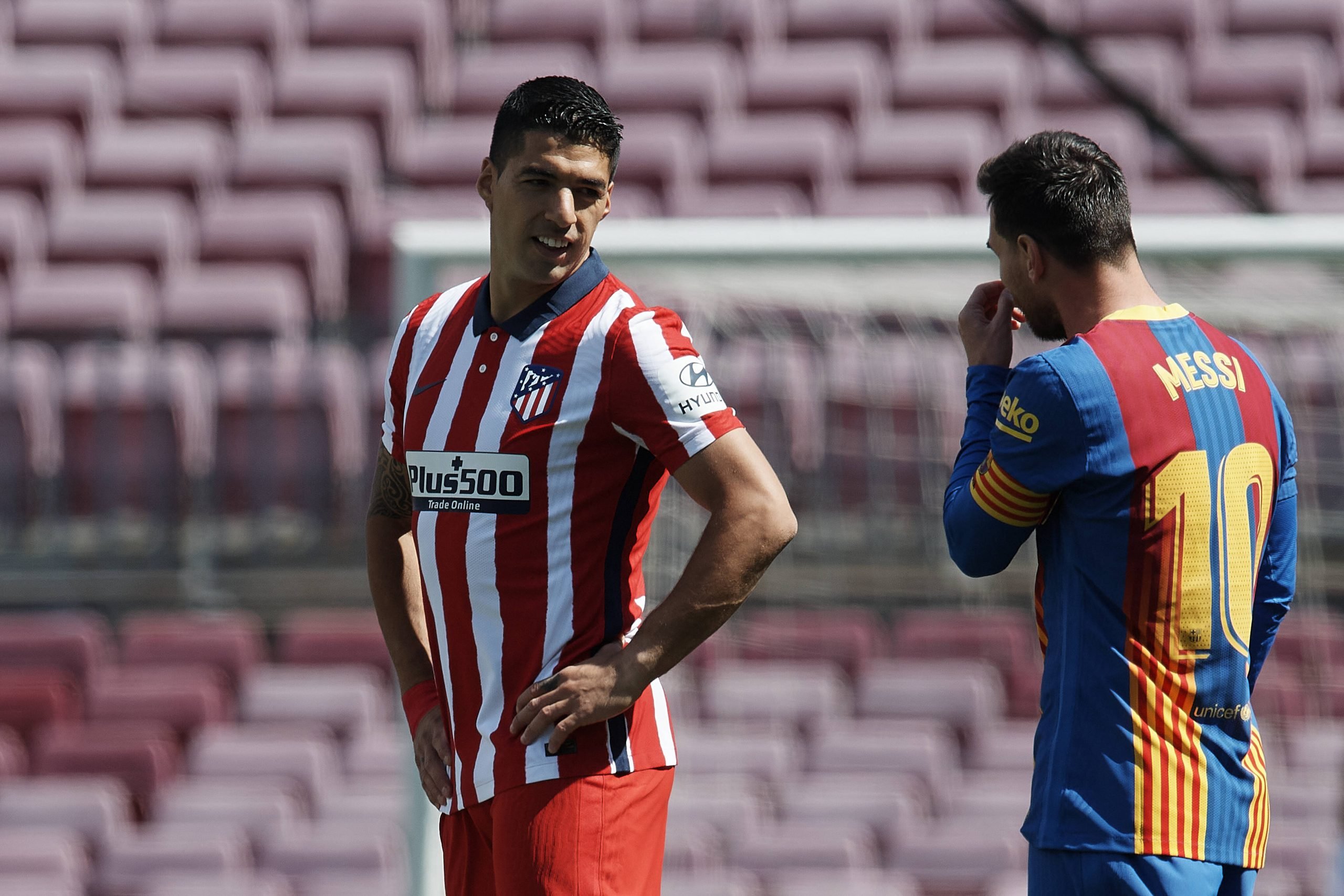 The Spanish youngster struggled to keep up with Yannick Carrasco on his flank, who enjoyed turning him inside out for the first 45. He was subbed off before the start of the second half.

Piqué was relatively solid in the first half, claiming 3 clearances, 1 block, and 1 interception. He continued his good form throughout the game, marshalling the backline to stay disciplined against a difficult Atleti attack, who managed several shots on target.

Lenglet had a brilliant first half with an immeasurably phenomenal last-ditch interception on Ángel Correa’s shot, which was clear on goal. Much like his defensive compatriot Piqué, the Frenchman remained fairly compact throughout the match, not allowing much space behind the lines for Los Rojiblancos.

Dest was an active participant in the first half, keeping his passes precise and creating danger upfield. He has understood his positioning well and been present for the team on the right flank. The American seemed a lot more productive during the game, enjoying a few nifty runs on the right flank. He seemed a more confident version of himself, as he has been struggling throughout the season.

De Jong had to shift out of his more comfortable role as an interior into the pivot position, with Busquets being subbed off at the 30th-minute mark. As always, the Dutchman displayed his wonderful versatility, filling into Busquets’ role adequately. However, a drop in control in the centre of the park was certainly felt after the 32-year-old pivot was subbed off.

Busquets did well to control the midfield for the first third of the game. Unfortunately, he had to be taken off after clashing heads with Stefan Savić. Barça lost significant control over the game after the Spanish veteran was subbed off. The Blaugranas will be hoping that the Spanish veteran is fit for their next fixture against Levante.

Pedri was largely invisible in the first half, unable to make many meaningful contributions. With a suffocated centre of the park, Barça have struggled — through their pair of eighteen-year-old interiors in Pedri and Ilaix Moriba — to control the more experienced Marcos Llorente and Koke.

However, the youngster enjoyed a far more thorough second half, displaying a good control between the spaces. He even executed a cheeky sombrero flick, and a great win-over and flick in the second half, once again displaying his high level of dexterity. The young starlet enjoyed a great game.

Messi was scintillating from the get-go, being the only danger man for the Blaugranas in what was a tough first half. The Argentinian had his most magical moment of the season yet, after dribbling past an astonishing five Atleti players before having his wonderful shot denied by a world-class Jan Oblak. It was a run from the past, with the six-time Ballon d’Or winner leaving Diego Simeone’s whole team for dead.

With three key passes, two shots on target, and five successful dribbles, Messi was the only threatening presence in attack for the Blaugranas.

The Frenchman was totally invisible in the first half, barely involved in the run of play. Apart from one dynamic shot on target from a difficult position, Griezmann struggled to threaten. While the former Atleti striker’s second half saw a bit more involvement from him, he was still unable to impact the game in any meaningful way.

The youngster replaced Busquets in the 60th minute mark, putting in a fairly convincing shift in the centre of the park.

Coming on for a struggling Mingueza, the Uruguayan defender put in a rock solid shift at right centre-back, rendering Carrasco totally useless in the second half.

The Spanish fullback had no meaningful contribution in the game.

The Frenchman was brought on to pose some threat to Atleti’s defence, but was unable to make any impact at all, rather being wasteful on the ball with poor crosses and passes.