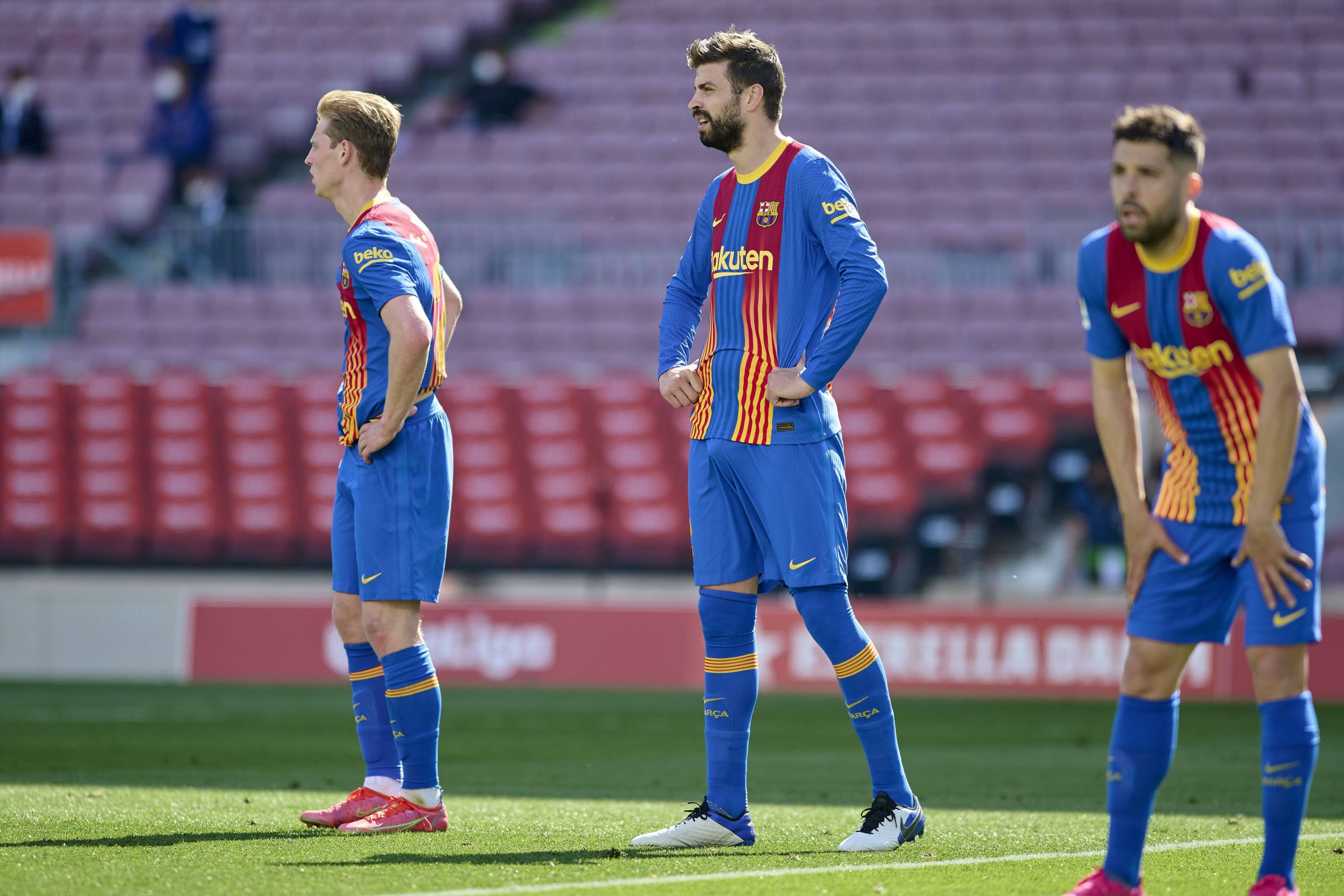 Barcelona’s hopes of a 27th La Liga title continue to fade away thanks to a goalless draw at the Camp Nou. Despite largely dominating the game and a solid second half, the Catalans seemed a tad flat as they struggled to break the deadlock against a resilient Atletico Madrid side.

The draw sees Simeone’s Atletico side stay on top of the league for the time being as Barcelona move into second provisionally. However, both sides have now surrendered control of the title race to Real Madrid, who face Sevilla in a crucial tie tomorrow.

A string of missed chances from both sides resulted in a disappointing outcome for both Barcelona and Atletico Madrid. Los Colchoneros had moments where they looked threatening but were thwarted by the defense and Marc Andre Ter Stegen. The overall performance was not too shabby, but left a lot to be desired from the Blaugrana.

Gerard Pique spoke out in the post-match press conference. Here are the veteran defender’s thoughts on the game.

On the result: “We hoped the game would be better, but we are alive. I think we have had more chances and better ones than Atlético Madrid, the best team defensive team in the league.”

On the performance: “It’s hard to create chances against Atlético Madrid. You have to take advantage of the clear ones. Leo’s is saved by Oblak, Ousmane’s… We have generated enough chances to score at least one goal. Although, especially in the first half, they did create much more than us.”

On the remainder of the season: “If we win the three remaining games, we will have our options.”

On the title race: “Considering the results of this season, La Liga is still on, three games is a lot. Our goal as a club is to always fight until the end. I have been at this club for many years and we have always competed to the end, it’s our duty.”