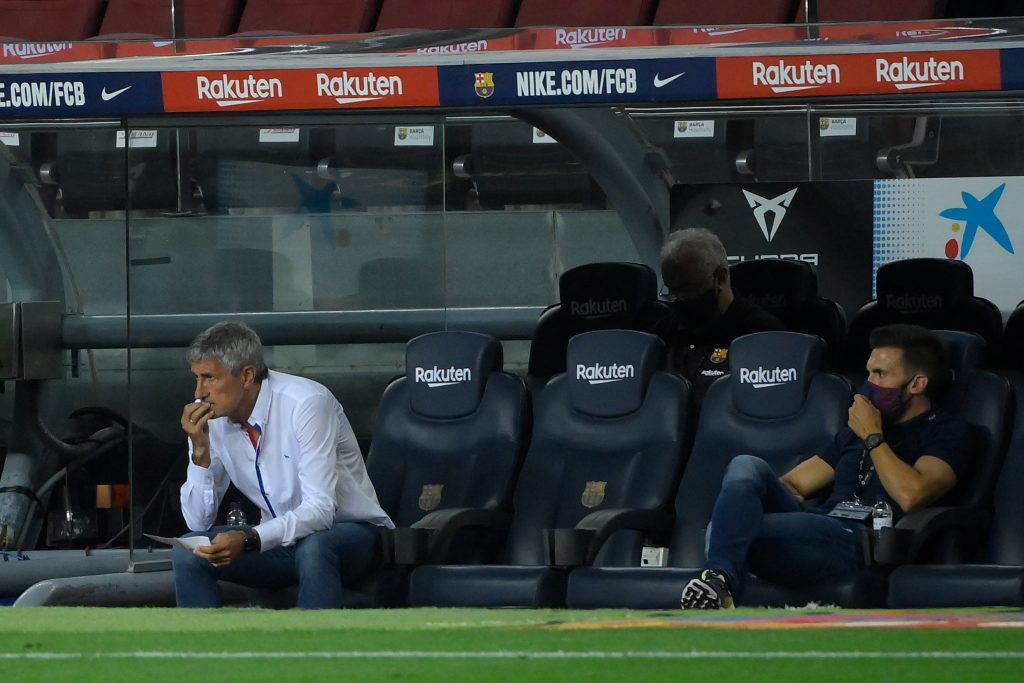 Quique Setién has spoken in the press conference after Barcelona lost 2-1 at home against Osasuna. Real Madrid now has officially won La Liga. Even though fans disliked the game, Setién believed that his team was superior against Osasuna.

“We have been far superior to Osasuna. The fact they scored two goals is excessive.”, said the Barcelona boss.

However, Setién believes that it is fair that La Liga is lost: “The sensations are full of sadness and frustration. The defeat is unfair, but losing La Liga isn’t because we dropped points that we should have won.”, added Setién.

Lionel Messi has spoken tough after the game, explaining that “a lot needs to change”. It is a question whether Setién will be sacked or not after the home loss right before the Champions League: “Will I be the coach for the Champions League? I hope so but I don’t know… I agree with some things that Messi said. We need to be self-critical and improve.”

“Losing against Napoli if we play like this? We’ve had 10 corners, if we score one, the result would have been different. There are things we have to improve, but there are also things we have done well.

“After Alavés we will have a few days off, the team will come rested and we must face the Champions League in the best possible way, improving what we have done wrong. Self-criticism must come from everyone. I’m the most responsible. I am convinced that we will be a different team, with a maximum attitude and that we will face the Champions League with a positive mindset.”, explained Setién.