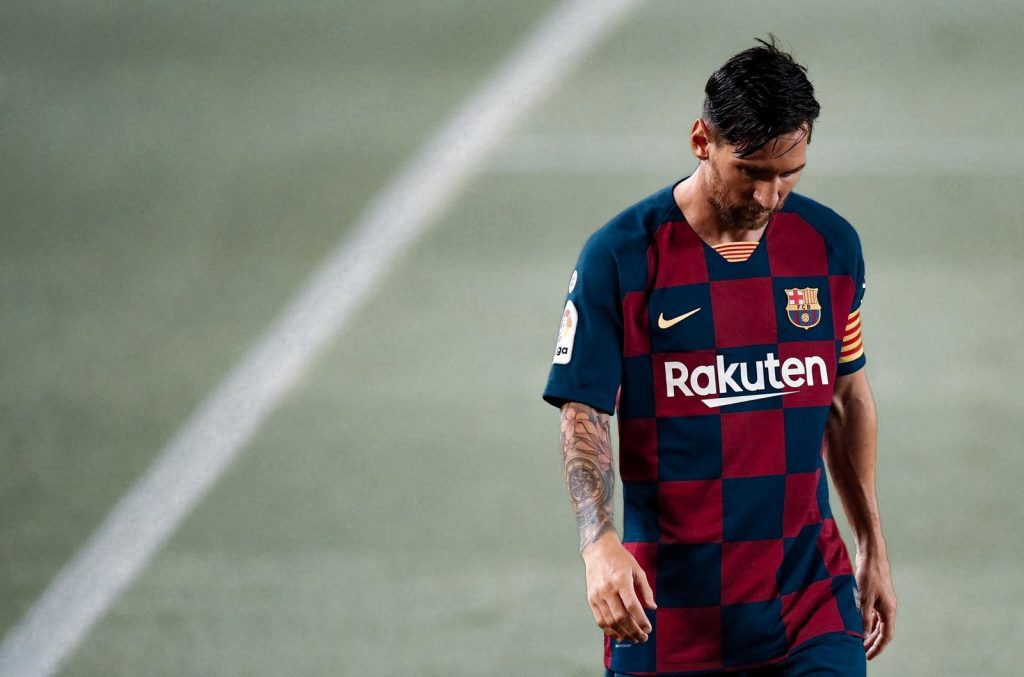 A match summary / review of the Barcelona 1–2 Osasuna game.

At home against Osasuna, Barcelona had to make amends with the Basque team as they drew the reverse tie in the game that revealed Ansu Fati to the world. They didn’t have much to play for, other than the three points and putting pressure on Real Madrid. With a four-point advantage before the two last games, the Madridistas were inevitably going to wrap up the league, but Barça had to win to keep the momentum for the remainder of the season. After Osasuna led early at Camp Nou and Madrid opened the scoring against the Yellow Submarine, it’s fair to say all hopes were gone. Barça deserved much better, however.

Take the ball, pass the ball, much like the theme of this first half. Barcelona played well, with a lot of room for improvement, but Osasuna stung them at the worst time. With more than 80℅ possession, the Blaugrana side did not know what to do with the ball, and the static players up front did not help. Ansu Fati played too wide, while Braithwaite walked a lot and Leo did Leo things by running at the right time. The midfield was nearly perfect, with Riqui Puig and Rakitic putting some daring passes on the table while Sergi Roberto did not cover himself in all the glory.

Osasuna came to the Camp Nou with a plan, and they executed it perfectly by putting ten men behind the ball and waiting for an opening. After a first dangerous attempt, former Barça B player, José Arnaiz scored a great finish in Ter Stegen’s net, and Osasuna led after 15 minutes. Messi had two free-kicks, and Barcelona won many corners, but to no avail.

? — Arthur Melo on the bench. pic.twitter.com/PHcd2Uwzbg

With Real Madrid’s Benzema scoring in the first 30 minutes against Villarreal, the league looked all but wrapped up for the Madridistas, and Barça’s result at half-time facilitated it as it gave Los Blancos confidence.

Barcelona scored thrice in one half but only came out with a disappointing 1-2 defeat in the end. The Catalans came with a plan this second half to keep their home record intact, and they should’ve come back with more than a singular point. They pushed as hard as they could, pushing that Osasuna defence to their limits, but could only find a way through a free-kick. First, a great pass from the left came to Messi, who was in an offside position, and the Argentinean genius gave it to Braithwaite, who smashed it in the goal. Offside and Barça had to go again. All the pushing and the half-chances led to a breakthrough in that rigid defence as Luis Suarez got fouled and Messi scored his fifth free-kick of the term, shaving the post in the process.

Osasuna tried to play for the draw, with their low block annihilating many of the Culés forwards. Still, Messi’s high pass found a way to Suarez, also in an offside position, and the Uruguayan finished it sublimely. Offside, again. While VAR came into play in Madrid, as Los Blancos led Villarreal all night, it played a role at Camp Nou and Enric Gallego was sent off for foul play on Lenglet. In the last few minutes, that coincided with Frenkie De Jong’s return after a month without football, Barça played champagne football, to no avail and they pinned Osasuna back while not entirely breaking the Basque side.

All this hard work from the Catalans was thrown down the bin as Osasuna found a second lead through Roberto Torres. On another day, this second half gives Barça the win, but it doesn’t mean anything anyways as Real Madrid won the league at the Santiago Bernabéu tonight. A sad night for Barcelona, but some players can be proud of their performances.

That brings an end to the Osasuna – Barcelona match summary.