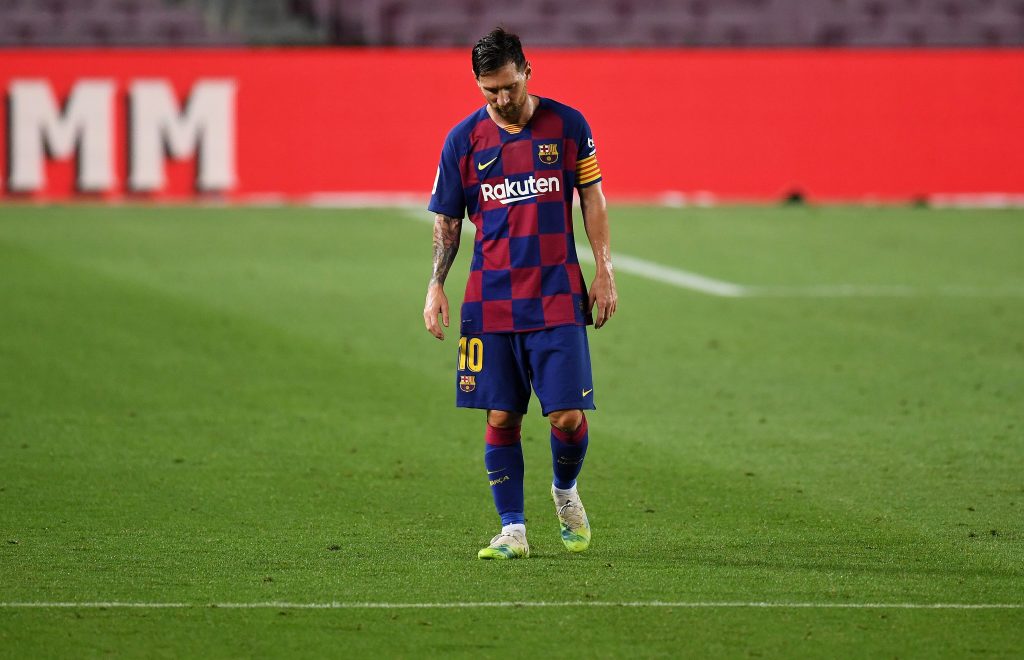 Lionel Messi spoke after the 1-2 loss against Osasuna in La Liga round 36 tonight. The Argentine believes that they need to do some self-criticism, and explained that the game that was lost at the Camp Nou today reflected their season.

“We didn’t want to end the season like this but it represents how the season has gone. We were a very erratic, very weak, low-intensity team… We lost a lot of points and today’s game is a summary of the season.

“We were inconsistent during the season. Real Madrid did their thing. We lost a lot of points. We have to do some self-criticism. We are Barça.”, said the Barcelona legend.

The 33-year-old also added that if they want to win the Champions League, a lot needs to be changed. In the current state, he even does not believe that they can beat Napoli:

“If we want to win the Champions League, we have to change a lot. If we continue like this, we will lose the game against Napoli.”

Messi has not been spotted to be this negative for quite a while. Even after the Roma and Anfield disasters, the Barcelona forward did not point towards ‘big changes’:

“Everything we have experienced since January has been very bad. We have to change a lot of things for real. The fans are running out of patience because we’re not giving them anything. It’s normal.”, added Leo.

Lionel Messi was chosen man of the match after scoring Barcelona’s only goal against Osasuna from a freekick. The 33-year-old looks tired from carrying the team on his own, thus could not stop himself from speaking the reality the way he sees it.