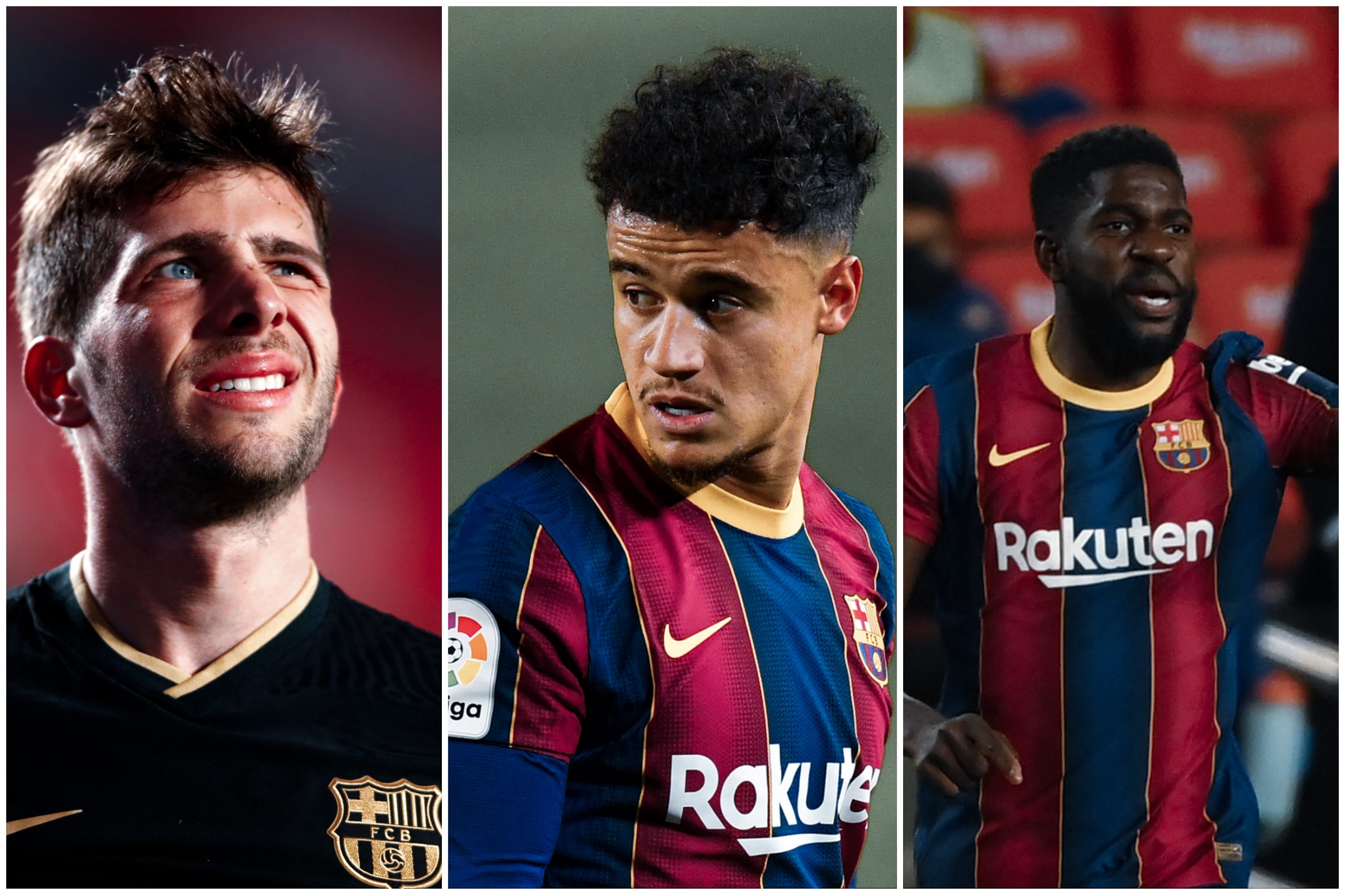 A debt of €1.173 billion, more than €700 million of which is short term, has sent FC Barcelona down a rabbit hole. The club’s gross mismanagement on both sporting as well as financial levels is no longer a secret. The former board of directors, led by president Josep Maria Bartomeu has consistently spent inordinate amounts of money on ludicrous signings. Most of which have come to bite the club back.

Now, they find themselves in a stickier situation than ever, with an astronomically high wage bill and multiple liabilities to clubs across Europe for signings. In addition, Lionel Messi’s future at Barcelona hangs in the balance. If the club are to conduct any business whatsoever, it will have to begin by offloading a few players.

After Ronald Koeman arrived at the club following the disastrous end to the 2019-20 season, a few key names have already been sold. As the initiation of a rebuilding process, Luis Suarez, Arturo Vidal, Nelson Semedo, and Ivan Rakitic were all sold. However, these departures have hardly put a dent in Barcelona’s debt.

That being said, Barça Universal takes a look at three potential sales that might help the club with their finances. Players who may not be key parts of the sporting project long term and whose departures will allow for some breathing room in the wage structure, and allow Barcelona to sign a huge talent such as Kylian Mbappe or Erling Haaland.

It would be a rather disappointing conclusion to what was potentially a wonderful signing. Samuel Umtiti, after signing for Barcelona, was rapidly rising up the ranks as one of the world’s best centre-backs. After his move from Lyon in 2016, he was flying high and quickly displayed why he staked a claim into the Blaugrana’s starting lineup.

But the Frenchman’s fairytale would come to an abrupt halt. After a fantastic second season with Barcelona, Umtiti suffered an injury to his left knee in 2018, just a month before the 2018 World Cup in Russia. The defender risked himself to represent his nation, and it ended up being a positive decision as France lifted the coveted prize with Umtiti as one of the key players. He decided not to have surgery as he felt it would worsen his issues.

Ever since then, despite his initial impressions, the injury woes have persisted and have led to many complications. Recurring issues with his meniscus, followed by foot injuries and many other issues, led to a massive decline in form and physicality. The centre-back was never really able to return to his brilliant best. While coach Ronald Koeman does favour the Frenchman, he is definitely not a consistently reliable presence at the back anymore.

Umtiti’s current deal with Barcelona expires in 2023, and given that he is 27 years old may work in favour of the club. He is not too old, and while he is injury-free, he could fetch Barcelona at least some money. The World Cup winner at his best is a fine player, but given the current circumstances, Barcelona can no longer afford to leave things up to chance.

Philippe Coutinho came to Spain with tremendous promise for the fans, backed up by a huge smile on his face. He was genuinely happy to be where he was. His dream of playing for Barcelona was finally a reality. But that optimism sadly did not last far too long.

The midfielder slowed down tremendously in his first full season with the Catalans. He looked out of sorts and lost in strange and unfamiliar systems. When he arrived in January of 2018 from Liverpool, he became Barcelona’s most expensive signing of all time for over €140 million. After two bad seasons and a loan spell at Bayern Munich, he was finally beginning to show small signs of promise under Ronald Koeman this term.

However, the Brazilian has also been sidelined due to a lengthy injury this season, which has extended into worse news. In addition to that, Liverpool are reportedly one of the clubs that Barcelona still owe money to in variables for Coutinho’s transfer. They will be keen on avoiding any more liabilities. And since Coutinho has obviously not come anywhere close to providing a return on Barcelona’s investment in him, his time at the club may be up.

He is also one of the highest earners in the squad, therefore selling him might be imperative.

The midfielder turned right-back has been a polarising figure in the Barcelona fans’ eyes for quite some time now. The 29-year-old’s current contract with Barcelona is set to run out next year and has a release clause of a massive €500 million. Roberto has made some amazing memories with the club, most prominently, his iconic goal against PSG in 2017’s famous ‘Remontada’.

However, since then he has been more or less showing that he is mostly just a utility player. The Spaniard has been unremarkable in a fair few games and has often made rather costly errors. Over time however, he had certainly become one of the heavyweights in the dressing room, which obviously reflects in his salary. This season, he has been struggling with a thigh injury, which he recovered from but then relapsed.

He was a valuable asset to have in the absence of a full fledged right-back who has the so-called ‘Barcelona DNA’. However, with the arrival of Sergino Dest, parting ways with Roberto makes sense from both sporting and financial perspectives.

While Roberto might not be among the players who have constantly underperformed but selling him might be a logical decision for Barcelona because as a player who can play in multiple positions across the pitch, and is in his theoretical prime, the Spaniard will be in demand. Football today requires for players to adapt in various positions and roles, and we have seen Roberto’s capability with the same.

Additionally, as one of the captains of the team, the La Masia graduate might be able to lease off a more than decent amount of cash. Several top teams in the market, including Juventus, Bayern Munich, Borussia Dortmund, and PSG, among others, might be vouching for a right-back soon and could look towards Sergi Roberto.

However, there are also more players like Jordi Alba, Junior Firpo and Neto who could be smart sales. Alba has also been declining rapidly but his offensive output has not yet been replaced. Firpo is already linked to a move away to various clubs after failing to impress at Barcelona. In a nutshell, the Blaugrana certainly have options to sell, in order to continue the rebuild effectively. Easing the financial load by selling and eventually making way for more sensible transfers will be vital for this transitioning side.