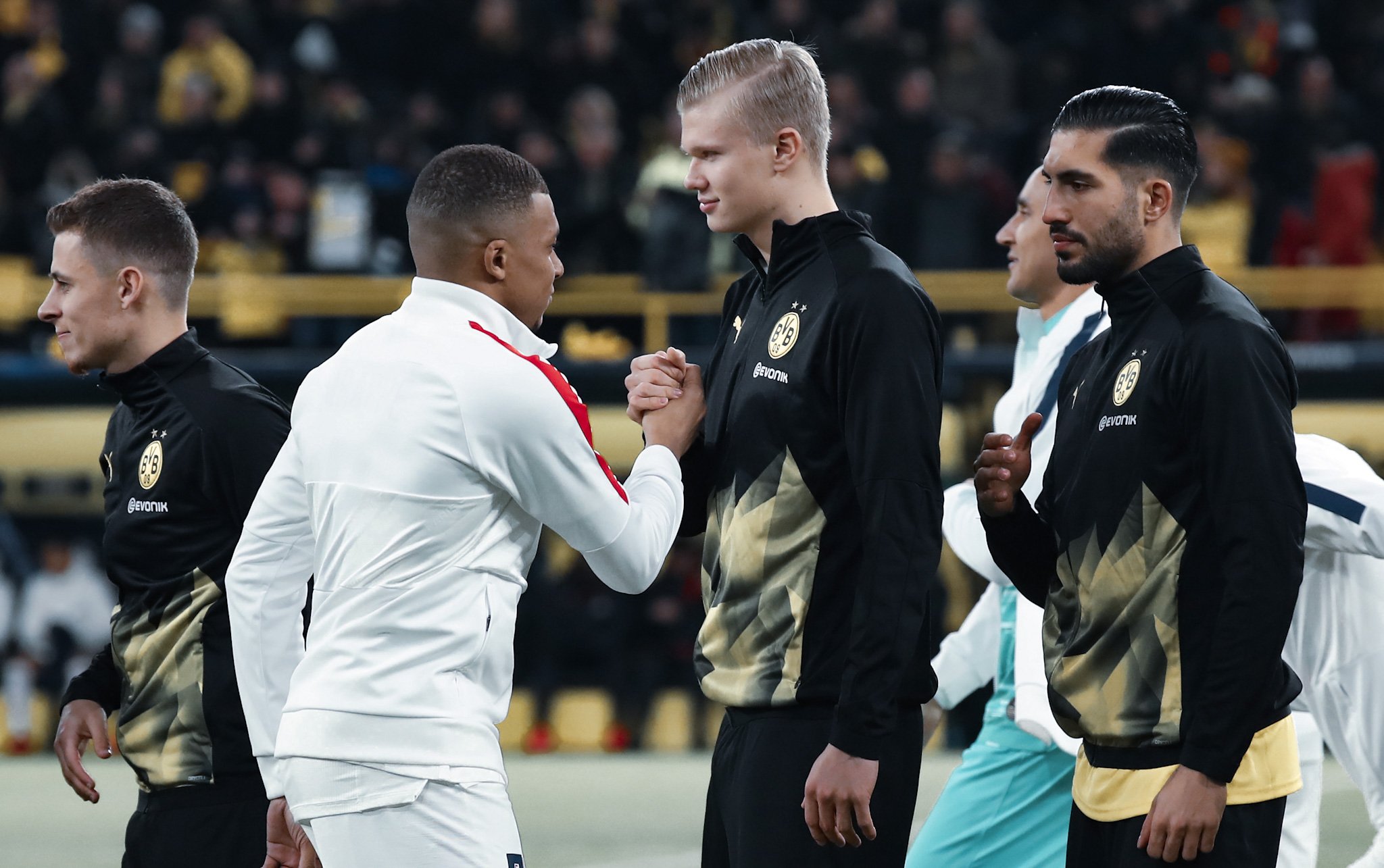 A generation of football fans glued to their TV sets nearly every weekend have witnessed one of the greatest sporting rivalries of all time. Lionel Messi and Cristiano Ronaldo- two portraits of superhuman talent, going head-to-head and reaching galactic levels of footballing ability.

The pair have dominated world football for over a decade now and have etched their names into footballing folklore forever. They have won nearly everything there is to win, racked up one Ballon d’Or after another, scored hattrick after hattrick and broken record after record. But as Elizabeth Forsythe Hailey called it: time is indeed a cruel thief.

Slowly but surely, the curtain is descending upon the two greatest showmen to have displayed their talents on the world’s biggest stage. And unfortunately, the day where there can no longer be an encore is closer than we think. There surely won’t ever be a contest like this between two individuals again. Where two mercurial talents step out on the pitch every week, determined to create fireworks and push the other to be better than ever imagined. Or will there?

To start off, it is definitely way too early to tell. However, there are two new kids on the block, who seem eager to rewrite the history books themselves. Kylian Mbappe and Erling Haaland have exploded onto the scene in the past couple of years, showing maturity and ability that is far beyond their years. And this is not media hype, false optimism or over-expectation. Mbappe and Haaland are the real deal.

As is the case with any sport, predicting the future of any player or any team based on current scenarios is near impossible. If anything, this is an educated guess, but given the circumstances, not a very bold prediction.

Messi and Ronaldo are very easily discernible stylistically. The latter has a keen eye for the goal and will do anything to put the ball into the net. A physical specimen who can evidently leap higher than the average NBA athlete. Impeccably positioned each time he gets the ball and sledgehammers for feet that can send the ball goalward from any distance and angle. And not to forget, a portrait of sheer determination and hunger, unfazed by the spotlight.

The former, as graceful as a ballet dancer but as devastating as a nuclear warhead with the ball at his feet. He ghosts pasts opponents as if they were never there, finds spaces where there can be none and seemingly bends the laws of physics to his will before scoring one magical goal after the other. The agility with the ball then couples with his intellect off it. And his hawk-like vision can find the boot of a teammate no matter what end of the pitch he may be at.

The new boys however are slightly more business-minded, if they can be called that. The objective for both is to score, score and score. Erling Haaland has been labelled as a literal machine for his ruthless efficiency. Not a singular expression on his face as he tears down obstacles and unleashes fierce shots at the goal, which more often than not nestle into the corners. A powerful runner, incredibly strong and no-nonsense, Haaland is the picture of clinicality.

Kylian Mbappe on the other hand, likes to show a bit of swagger on his way to scoring. He likes to throw in a few tricks and flicks into the mix, but his lightning pace is what scares opponents the most. Once he gets goalside, there is no catching him. A World Cup winner at the age of just 19, he also became only the second teenager to score in the final of football’s biggest competition after a certain Pele.

It is safe to say that none of the players can be compared to one another. Perhaps a few elements match across the bunch of them. The only thing that can be said for certain is that they are world-beaters.

The potential changing of the guard

Again, the Haaland and Mbappe rivalry is nowhere near as ripe as the well established Messi-Ronaldo supremacy tussle. Perhaps, since the two veterans are still at it, the media has yet to turn their attention to the buds.

Make no mistake, Messi and Ronaldo at 33 and 36 respectively, are still two of the greatest players in world football. Despite their age, the kind of numbers these two put up are still ludicrous. The Portuguese is the joint top scorer in Serie A, while the Argentine is leading the pack in La Liga. But this comes as a surprise no longer. Their pedigree has almost been taken for granted.

Meanwhile in the Bundesliga, Haaland has scored 17 goals in 16 starts this season, while Mbappe sits atop the Ligue 1 scoring charts with 16 goals of his own. And the two are doing incredibly well in the Champions League too. The Norwegian is the leading scorer in Europe with eight goals, followed closely by Mbappe who now has six.

Speaking of which, there are clear indications that these two are already driving each other to be better. Both youngsters put on clinics in their Champions League matches midweek. Funnily enough, Kylian Mbappe’s Paris Saint Germain took on Lionel Messi’s Barcelona in the first leg of the round of 16 at the Camp Nou. A match that ended in revelry for the Frenchman, as he scored a magnificent hat-trick to overshadow Messi’s solitary goal, handing PSG a 4-1 victory.

Just one day later, Borussia Dortmund were in action against Sevilla and managed to win thanks to a superb brace from Haaland. Following the match, the Norwegian then spoke to CBS Sports, dropping an exciting nugget.

“I saw Mbappe yesterday and he scored some nice goals and I got a free boost from him! So yeah, it was nice.”

WIth Mbappe breaking the record for the highest scoring teenager in the Champions League in 2017, there are already signs of a clear back and forth between these two. The record-breaking is already underway and surely there is a whole lot more to come.

What’s more exciting? The prospect of these two going head-to-head in the same league in the near future. Real Madrid’s interest in Kylian Mbappe is no secret whatsoever and for the last few weeks, Haaland has been linked to a move to Barcelona.

With the presidential elections coming up soon, candidate Joan Laporta seems to believe that the 20-year-old Norwegian could be a key piece in the future of the Blaugrana. However, given the current financial landscape of the club, it is a hugely tough ask.

If the Catalans were to go after either of these two next-gen superstars, Haaland would be the likelier option. His release clause which is reported to be around 75 million euros may be far more lucrative since Mbappe has a much heavier and unfeasible price tag. Not to forget, Barcelona have been looking for a proper elite number ‘9’ for quite some time now.

If the Frenchman was to accompany him to a move to Spain, albeit to Barcelona’s eternal rivals, excitement levels would skyrocket. Since the start of the 2019-20 season, Mbappe and Haaland have almost been matching Messi and Ronaldo’s extraterrestrial numbers.

The 20 and 22-year-old have a combined 28 Champions League goals between them compared to Messi and Ronaldo’s 15. And while Messi and Ronaldo’s goal records are still light years away from reach, it is possible that Haaland and Mbappe might be the only ones to do it.

Mbappe had 19 goals in Europe before his 21st birthday and Haaland is just one short of that tally. At the same age, Messi had nine and Ronaldo was yet to score in Europe. It seems to be a fitting tribute or a passing of the torch. Or maybe a handing of the baton from the two greats as a challenge to the youngsters, seemingly saying “Let’s see if you can catch us.”

In conclusion, it is probably safe to say the Messi and Ronaldo rivalry will never be surmounted. Sure, it isn’t the wisest choice to put predictions in stone when it comes to football. But if there are two players who make uncertainties seem certain, they are Lionel Messi and Cristiano Ronaldo. For even if their numbers are surpassed by some miracle, this generation will never forget the marvels they have witnessed with their own two eyes every time these two have stepped onto the pitch.

As for Mbappe and Haaland, it is up to them to prove that assumption wrong. It will be a mighty task, but if anyone is capable, it’s probably these guys. As the veterans approach twilight, elsewhere, the sun is rising on potential greatness. And we have front row seats to witness that if it happens.