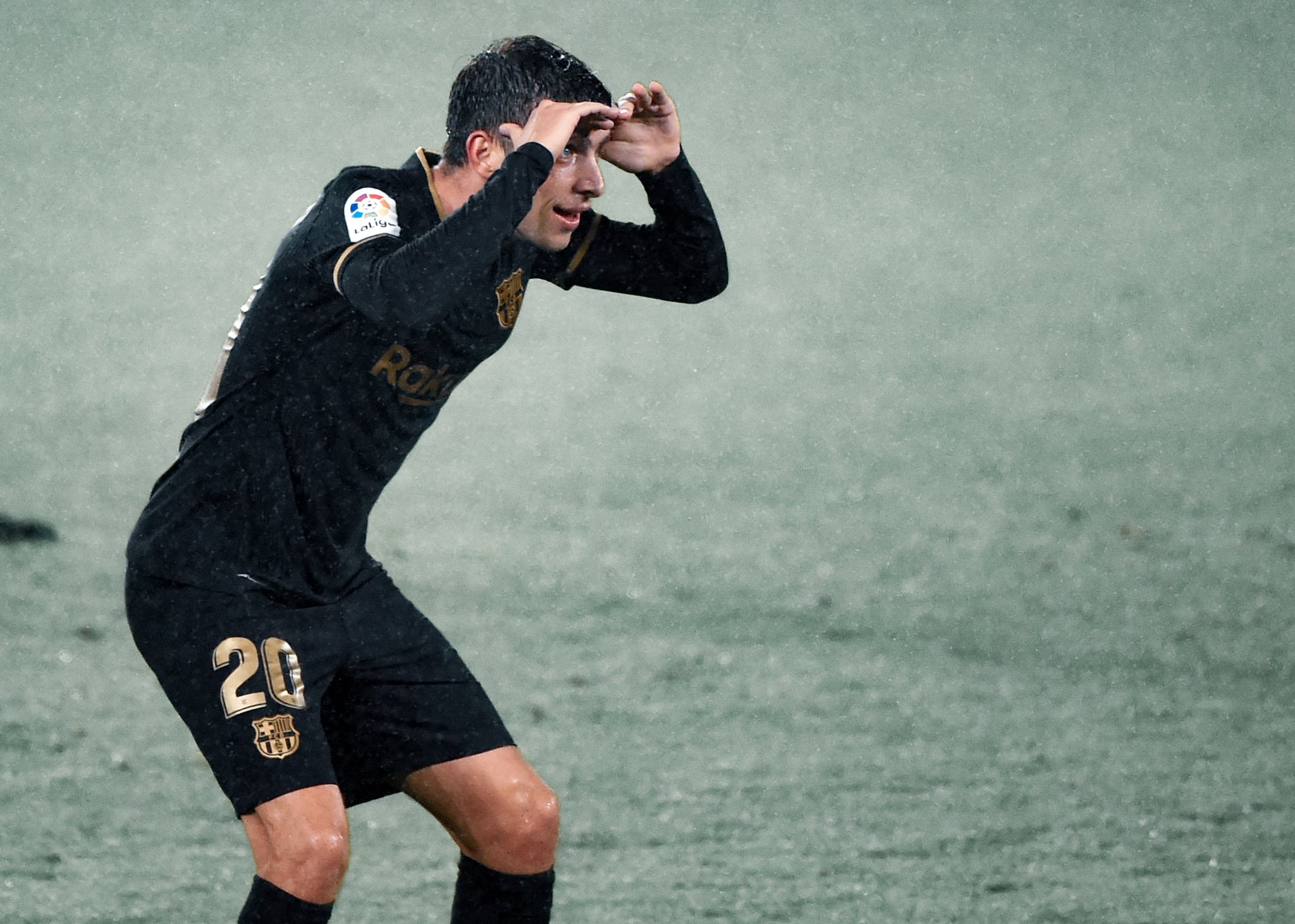 With Barcelona in a period of massive transition, Sergi Roberto may soon be another player who loses his starting spot for a younger player, with Sergiño Dest waiting on the wings for his chance.

Mr. 94:38, Mr. Versatility, Mr. Remontada. When it comes to nicknames as well as positions in football, Sergi Roberto fits many of them, but the 28-year-old has become a rather polarizing figure amid the Barcelona fanbase.

After the miracle comeback of 2017 against Paris Saint Germain, the Camp Nou faithful hailed Roberto as a hero. And while he has provided special moments every now and then, he has left something to be desired.

His versatility, often considered an immensely valuable quality in a footballer, has in some ways negatively impacted his trajectory. Roberto being at Barcelona for so long, coming through the La Masia ranks, has developed an extensive skill set.

He has played in multiple positions, and at this point, it is tough to keep track of them all. And he has largely been solid in almost all of them. But perhaps that is the concern — being used as a utility player or a backup in every position throughout his career has meant he never truly established himself in one position.

Roberto as a right-back

Over the years he has become a full-fledged right back. But that was never his true position anyway. Yet, he never got to hone his midfield talents. A naturally intelligent player, great at carrying the ball and identifying spaces, he may have thrived further up, but there has not been a way to accommodate him.

He is not an ideal right back. There is nothing too surprising about that. The Spaniard is clever and can be very useful going forward on his day. However, when exposed to an attack, Sergi can be a very easy target for the opposition. Often, he fails to track runners behind him, leaves too many gaps and does not get tight enough in 1v1 scenarios.

Roberto has had his fair share of iconic moments in the Garnet and Blue of Barcelona. (Photo by Laurence Griffiths/Getty Images)

In Barcelona’s 5-2 win over Real Betis on the weekend, Roberto put in a great showing in the second half with his two assists. A wonderful backheel to Lionel Messi and a sharp cross to Pedri for goals number four and five. But once again, his lack of defensive stability made things a lot more complicated than they should have been. Both of Betis’ goals came from his flank, and for the second one, he was nowhere to be seen.

A lack of planning during Dani Alves’ final years at the club and even more so after his departure meant that the problems got worse. Nelson Semedo’s signing came with a lot of promise but ultimately did not go according to plan. All this cycled back to Sergi Roberto, and he kept playing at right-back week in, week out until the starting spot became his regardless. But that might not be the case anymore.

Sergiño Dest’s time to take over

With 19-year-old American Sergiño Dest finally arriving at the club over the summer, there is an air of optimism. Dest was linked to Barcelona for a long time prior to his transfer. And with the club in massive transition, his arrival was necessary. The right-back position needed immediate overhaul with Nelson Semedo also departing for the Premier League.

In the 6 games Dest has played since arriving at Barça, he has shown tremendous signs of things to come. Not only is the teenager a fantastic dribbler and passer of the ball, but he is also an astute defender.

For most players starting their first-ever league game for Barcelona in an El Clasico would be far too overwhelming. But Dest stood out as the best player on the pitch for the Catalans that day, pocketing the likes of Ferland Mendy and Vinicius Jr with a remarkable all-round display.

Sergiño Dest is here, and Barcelona is better for it. (Photo by Alex Caparros/Getty Images)

He has had irregular game time since then, but hopefully, that is to ease him into playing frequently. As for Roberto, he may well have to adjust to a different role in the squad yet again.

Sergi Roberto will not and in all fairness, should not get a starting spot in Barça anymore. His talents will be more useful in other domains, while Sergiño Dest can become the flag bearer in the right-back position. The American is evidently a superstar in the making, and that is exactly what the club needs in the long run.