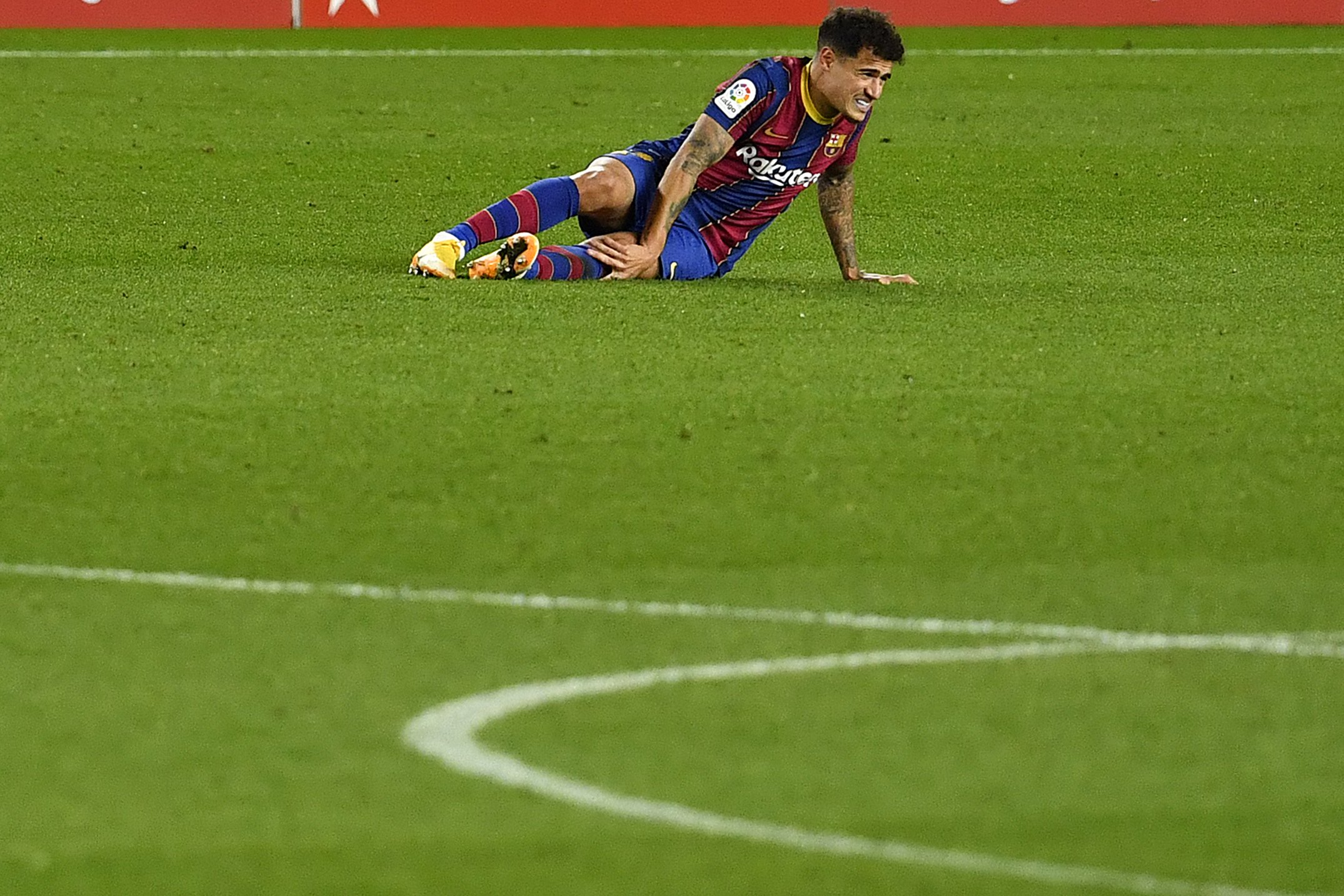 According to Mundo Deportivo’s Roger Terello, Philippe Coutinho’s recovery has suffered an unexpected setback. The Barcelona midfielder was set to return in March, but apparently it may be a while before he is back in action.

The Brazilian underwent surgery on his left knee in January. He had picked up an injury to the external meniscus of his left knee. However, the cause of the delay is because his knee still seems to be swollen. He was initially sidelined for three months, but this setback can cause more complications.

There have also been reports that Barcelona will avoid playing the 28-year-old even if he recovers fully. This is to potentially avoid paying any variables to Liverpool. The midfielder has only made 14 appearances across all competitions this season for the Catalans, scoring three goals and notching two assists.

He hasn’t had a great time at Barcelona since his arrival from England in 2018. Coutinho became their most expensive signing of all time at a price of 145 million euros. However, he has shown very little to warrant that fee. He was sent out on loan at Bayern Munich for the 2019-20 season, where he enjoyed a good campaign and even scored twice in the 8-2 destruction of Barcelona in the Champions League.

His hefty wages and lack of form are two of the primary reasons Barcelona could benefit by selling him in the upcoming window. Of course it will also depend on the new president as well as the coach’s plans for him in the long term.