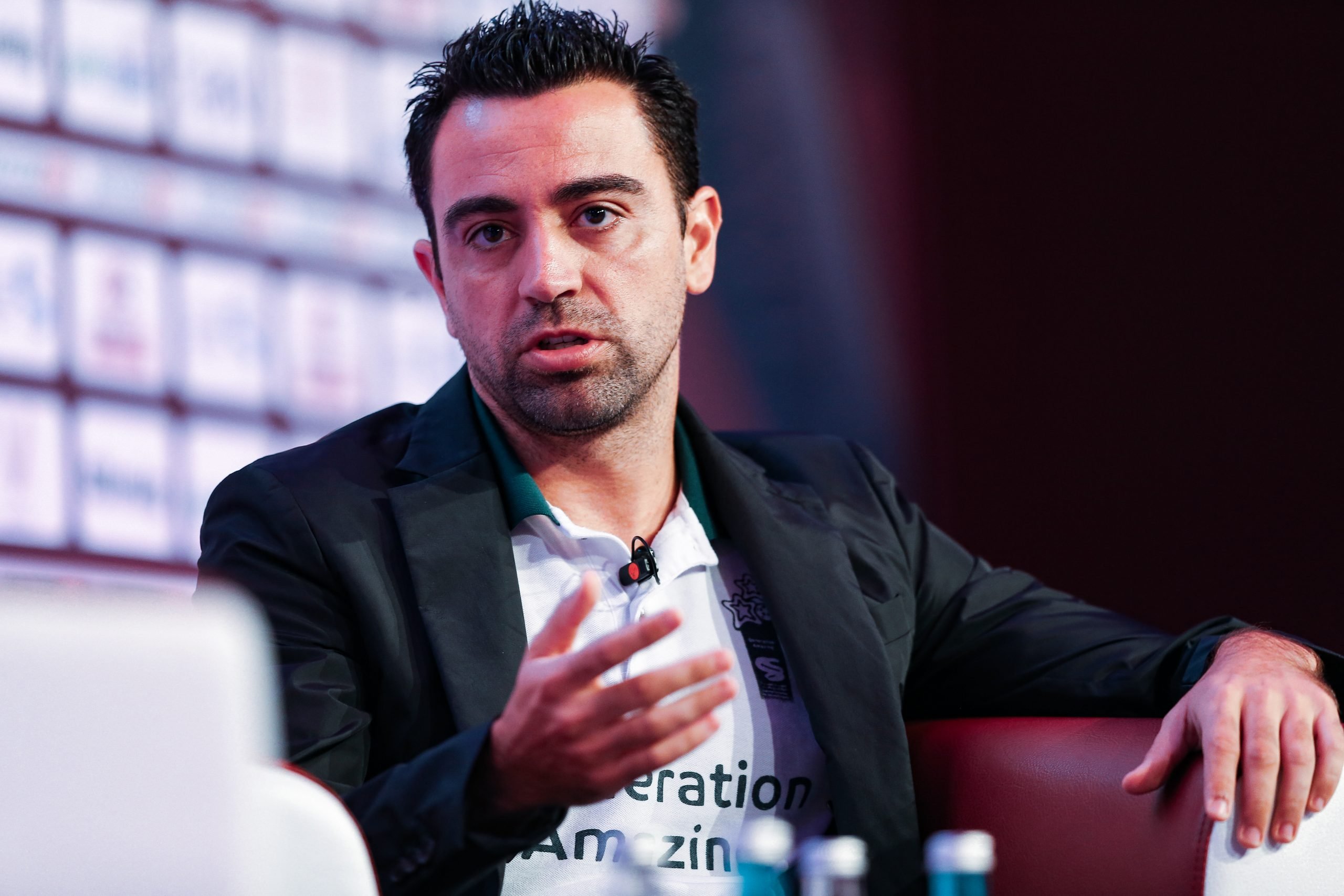 Nine matches into La Liga and Barcelona are winless in more than half of them. Three matches played in the UEFA Champions League and Ronald Koeman’s side is third courtesy of a solitary goal against Dynamo Kyiv.

Barcelona’s shameful financial situation is as clear as ever, with Lionel Messi’s forced departure firmly marking the end of an era at the Catalan club.

The coach, Ronald Koeman, hasn’t made things easier for himself. He’s done some good things. But Koeman has also given one of the club’s most promising youngsters, Riqui Puig, little to no playing time.

He has singled out 19-year-old Nico playing one of his first matches for the club for a goal scored by Atletico Madrid. He has repeatedly made the wrong choices, both tactical and in terms of personnel. Essentially, Koeman has one foot out the door whether he likes it or not.

And the other big open secret in the club, Xavi Hernandez will be appointed as the coach of Barcelona as soon as possible. But what merit is there in appointing him? Is it just because he signifies the success he had at the club? Is it just a craving for the “good old days”? These are the questions we will try to answer among others in this deep dive.

20th May 2019, as Al Sadd lined up to face Persepolis, Xavi Hernandez was given a shirt with his name on it with the iconic number 6 by Persepolis. One of the best midfielders of all time was playing his last game.

Earlier in the day, Xavi made his intention to immediately move on to coaching in Qatar very clear. Testing himself and getting some experience were the important factors for him as he said. The same year, 2019, Xavi started his managerial career.

Seven titles in two years of management for Xavi. pic.twitter.com/yWQtl9PEzN

Since then, he has managed to implement a style of football that only makes many Barcelona fans want him to manage their club sooner. Al Sadd aren’t overly impressive technically, or rather, weren’t.

The Spaniard has managed to create a group of players that plays attractive, attacking football, though. This hasn’t been independent of results either, as Al Sadd won the Qatari Cup and the Qatar Stars League in the 2020/20 season and reached the finals of the 2020 AFC Champions League.

The ex-Barcelona player has managed to rack up some impressive numbers as manager as well. From when he took over as manager, Al Sadd have played 92 games in which they have scored a total of 247 goals and conceded 112. Winning 66.3% of their games, Xavi has proven himself to be a capable manager. But how exactly has he achieved this?

At the heart of any team’s tactical setup are two things; the formation (or roles) and the philosophy. Xavi is clearly inspired by the movement Johann Cruyff started at Barcelona.

The choice to be active is best supplemented with positional play. A lot can be said about what positional play is, but in short it prioritizes the positioning and awareness of players rather than physical attributes like pace and strength.

To execute the aforementioned is the team’s aim. There have been a few formations used by Xavi most often. A 4-3-3 is seen many times, and so is a 3-4-3. However, the most developed version out of all his formations has to be the 3-4-1-2.

In Xavi’s Al Sadd, there are certain requirements from the players despite the formation. For example, the full-backs or wide-midfielders depending on the formation are key to transition and as a result, they are quite pacey and have to have good endurance.

When defending we see often see the team drop to a five-man backline. The wingbacks can force the opposition to progress through the middle or down the wings according to their positioning.

In the build-up, the centre-halves are key. Their passing has to be pinpoint. As the team looks to build up from the back, the central midfielders will find space in the half-channels. Once the ball reaches them, they can either spray it out wide or forward or even return it. This is where the factor of width is important.

When the ball is in the opposition’s half, the front two will come in narrow and the attacking midfielder has the freedom to an extent. He may form a front-three with the two inside forwards, or he may drop back to circulate possession. This is yet another situation in which the full-backs are crucial in and out of possession. They will stretch the opposition and in turn either create space for the forwards or receive the ball out wide.

The inside forwards may act as two strikers or as two inside forwards. The difference is that the role in the build-up is priorities for the former. This allows a degree of flexibility across the frontline as all players have freedom.

The central midfielders will position themselves in the channels here, forming triangles with the full-back and inside forward. The team instructions are fluid allowing the full-backs to come in narrow if necessary. Once the ball is in circulation in the final-third, passing through the opposition is always prioritized. For this, players who are technically strong and can play with a single touch are necessary.

However, there are areas where the team needs to improve overall. A visible weakness is one Al Sadd share with FC Barcelona. On losing the ball high up the field, there is immediate pressing. Or at least, an attempt at it. Just like Barcelona, once the initial two or three-man press is surpassed, the opposition glides through the team like a hot knife through butter. At times, the team is too slow to press down the wings.

Currently, the club’s squad is in a better condition than it was a year ago. Though it still isn’t the best, managers regularly come into squads of this quality or worse and manage to do well.

However, something that needs to be improved upon is the club’s financial situation. A manager at a club like Barcelona should be able to sign the players he wants. Though that may not have been the case in the past few years, it would certainly help if it is the case at the start of such a long-term project.

Taking all of the above into consideration, there is a case to be made for appointing him in December. Xavi’s Barcelona could gain a lot by performing well in the months following in the form of morale and cohesion which would allow them to hit the ground running in the next season. On the other hand, if the team performs poorly, there isn’t bound to be much pressure seeing the love the fans have for him.

The squad is capable enough of playing the way Xavi wants them to play. There are many players with technical prowess and many who can change the game on their own. There are a few positions that need to be strengthened though, which should be the board’s priority for the coming future.

Xavi Hernandez is someone who is destined to manage Barcelona one day. His influence on the club as a player is incredible and he has been proving himself to be a smart, shrewd manager in Qatar. There is no doubt of the fact that he can succeed as a manager at Barcelona. It all depends on just how well he is able to navigate the club’s turbulent situation.