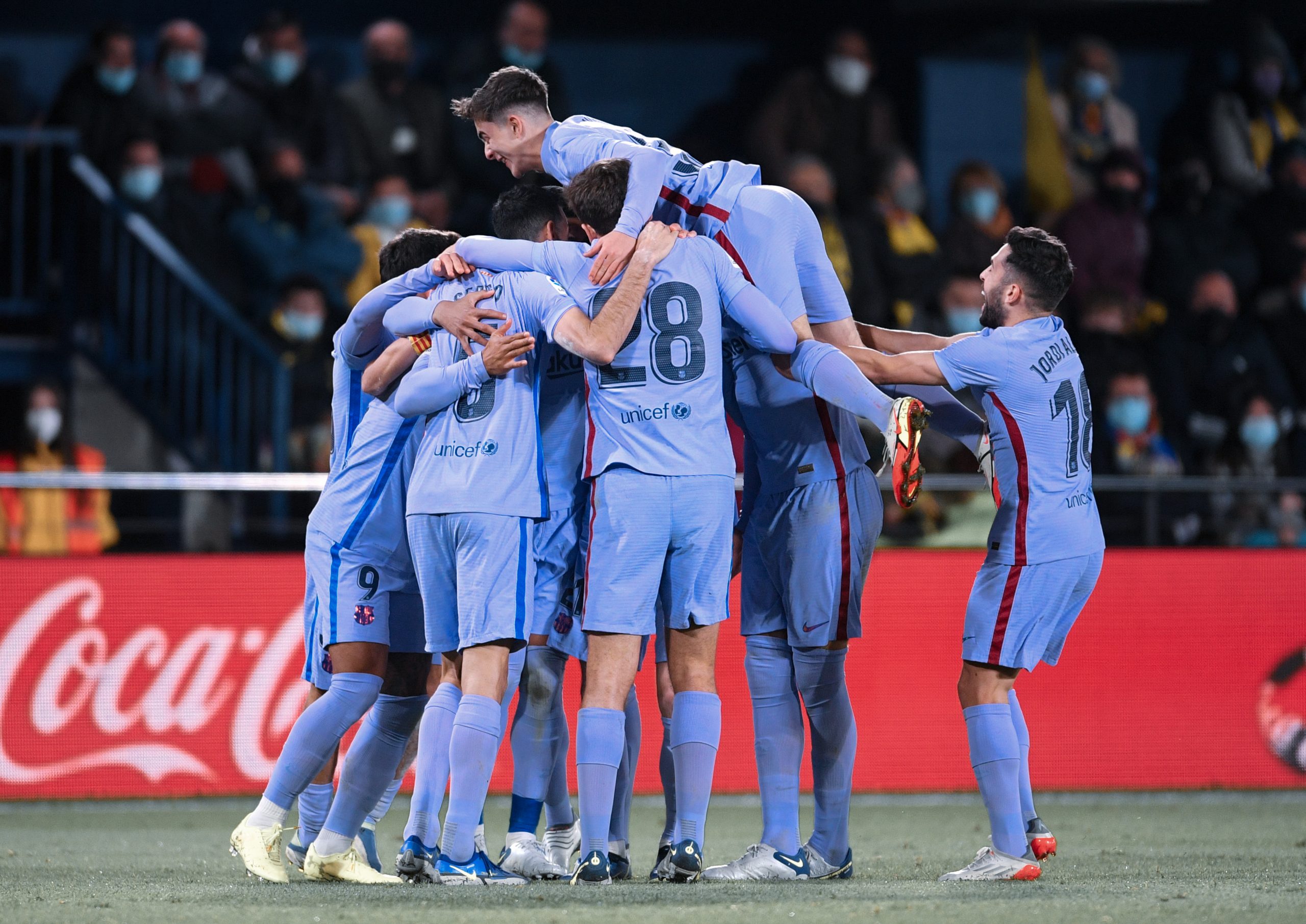 Xavi Hernandez led Barcelona to their first away win of the season at La Ceramica. The performance on the night was far from satisfactory, but luck sided with the Catalans in the tense encounter.

A flattering scoreline saw Barcelona win the game 1-3 even though it could have easily been three for the hosts.

Memphis Depay, Frenkie de Jong and Phillipe Coutinho were on the scoresheet, with two goals coming in the closing minutes of the game.

The win takes the Blaugranas to seventh spot in the standings, seven points behind leaders Real Madrid, who also have a game in hand. After an eventful night, these are the three main talking points.

La Liga has never been known for its refereeing decisions, and the trend continued on Saturday. The officials made questionable calls throughout the game, frustrating both the managers and the fans alike.

The heated contest showed its effects on the sidelines as Unai Emery and Xavi got into a tussle at the end of the ninety minutes.

The first questionable call was as early as the third minute of the game. Dani Parejo caught Sergio Busquets ankle in an ugly tackle. The ball was nowhere in sight, and the challenge seemed certain to be a bookable offence.

The league has seen plenty of such challenges receive marching orders in the past. Yet, Parejo was not even cautioned with a yellow card.

Halfway through the first half, Gerard Pique seemed to block the Yellow Submarine’s chance with his hand in a sliding challenge. However, the referee turned a blind eye to the hosts’ appeals.

In the second half, Eric Garcia committed a penalty-worthy foul on Raul Albiol when he wrapped his arms around him and took him down. It was taken to the VAR but deemed fair.

The luck factor provided Barcelona with a crucial win, but the Catalans have been at the receiving end of such situations several times this season. Xavi admitted at the end of the game that his side did not deserve to win.

The visitors got off to a blistering start to the game at La Ceramica, and the opening quarter of the game was as good as it could get. The high press seemed relentless, and the midfielders were once again at the top of their game.

Ez Abde was causing all sorts of problems for Alfonso Pedraza on the right wing, and Frenkie de Jong was once again a monster in the middle of the pitch. The Blaugranas could have easily been three goals up in the first 25 minutes.

However, what happened after that was shocking. A tactical change by Xavif saw Eric Garcia abandon his right-back position to man-mark Moi Gomez. The shift in approach left Barcelona’s right-flank completely free for counterattacks.

Abde was forced to retreat and play a defensive fiddle for the next hour, and the possession switched to the hosts’ favour. The Catalans pulled things back in the closing minutes, but the period from the 20th to the 80th minute proved to be a struggle for Barcelona.

3. Mixed magic from the Dutchmen

Early in the first half, Depay had one of the most leisurely chances he could have desired. His compatriot Frenkie de Jong threaded in a sumptuous ball that set up the forward in the box. Despite having only the goalkeeper to beat, Memphis’ shot rolled through the wrong side of the post.

Even other than the direct miss, the Dutchman did not have a great outing. He was invisible for large parts of the second half before producing a moment of magic for the second goal.

Memphis’ poor finishing is a cause of massive concern among the fanbase. The side lack quality forwards, and the no. 9 is seen as the primary source of goals for the team at least until the January window.

Meanwhile, Frenkie de Jong had an incredible game. The midfield protege made three key passes in addition to scoring Barcelona’s opening goal on the night. He could have had an easy assist to his name, but it was not to be. De Jong has looked rejuvenated in the past three games, and one hopes the only way forward is to go higher.