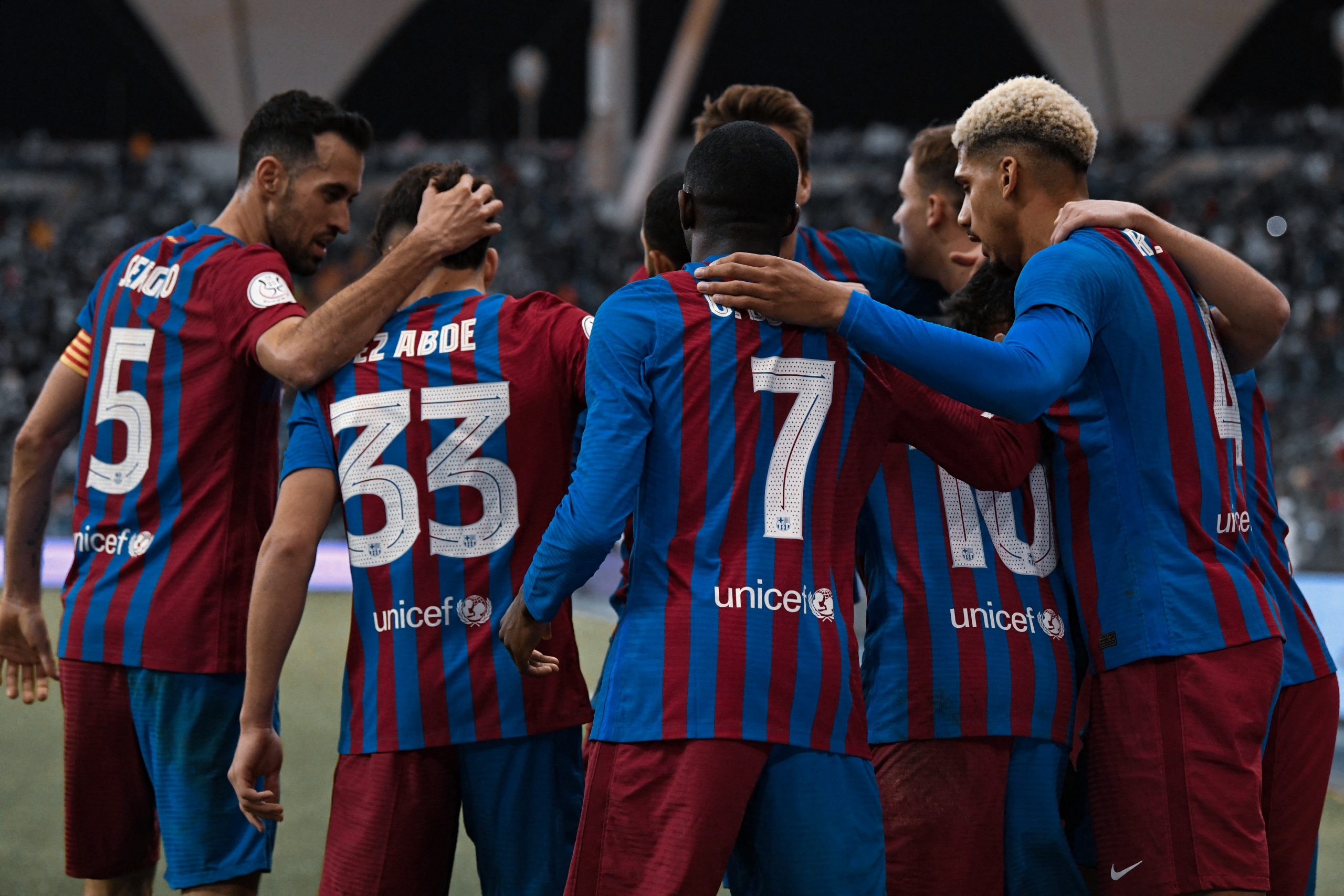 Barcelona’s performance vs Real Madrid won hearts across the globe despite ending in defeat. The game not only showed the improvement in the team from a sporting perspective but also displayed a psychological boost. Now, it is time for the men in garnet and blue to show results.

There is no dearth for optimism at Barcelona, for Xavi seems to have struck the ideal balance between youth and experience. However, the challenge ahead is not easy. Athletic Bilbao are coming off a defeat in the final of the Spanish Super Cup and will be hungry to taste victory again.

Barça Universal run the rule over the other topics of converstion before this game takes place.

Since he was appointed the manager of Barcelona, Xavi has had to deal with player unavailabilities. Be it through COVID or injury, the Catalan squad list was depleted for months. Under dire circumstances, the manager was often forced to deploy players out of position.

The game against Real Madrid was the first time Xavi had the likes of Pedri, Ansu Fati and Ferran Torres at his disposal. However, all three players were returning after months and lacked match fitness. Of the three, only Torres started the game, but he too was substituted at half-time.

However, the situation is now rosier. All three youngsters are said to be ready to start the game against Athletic Club. Ansu Fati will likely play as the striker on the night, especially considering Luuk de Jong’s suspension. The forward line will also be gifted by the presence of a completely fit Ferran Torres on the right.

In midfield, Pedri is expected to start alongside Sergio Busquets and Gavi. Frenkie de Jong may find himself starting from the bench on the night, given his recent dip in form and injury.

Moreover, Ronald Araujo’s hand seems to have ‘miraculously’ recovered in less than two weeks post-surgery. The Uruguayan is expected to play against Athletic Club with no problems. With four completely fit starters ready to play again, Xavi is spoilt for options.

No clash between the Catalan kings and the Basque side has ever been without drama. In recent years, the fixture has lived up to its billing with the excitement on an upward curve.

Last year, the two teams met on four occasions. The first of the meetings was in the League when Inaki Williams opened the scoring in just the third minute. The Blaugranas soon pulled level via Pedri before steaming ahead via a Lionel Messi brace. However, a late goal for Iker Muniain once again upped the ante of the match and set it for a nervy finish.

Two weeks later, the two-faced off in the final of the Spanish Super Cup. Barcelona led 2-1 in the 77th minute of the game thanks to a masterclass from Antoine Greizmann. However, Bilbao struck level in the 90th minute, before Inaki Williams netted the winner in extra time.

Fourteen days later, La Liga saw the two rivals pitted against each other again. On that occasion, Barcelona came out victorious 2-1 after an Antoine Griezmann winner.

The most memorable clash between the two was indeed the Copa del Rey final. It was a merciless display from the Catalans, routing Athletic Club by four goals. Lionel Messi, Frenkie de Jong, and Griezmann were a class apart on the night, as they led the Blaugranas to their only silverware of the season.

Goals have never been in dearth for these two sides. A nervy finish with late twists has become the norm for their clashes, and Thursday could prove to be a similar storyline.

The Catalans did not have the best of starts to their season under Ronald Koeman. During his tenure, they not only slipped up in the Champions League but also gave their rivals an unsurmountable lead in La Liga.

As it stands, Real Madrid are 17 points clear of Barcelona, though the latter have a game in hand. With the top four being a difficult task in itself, the Blaugranas stand little to no chance of competing for the title.

Moreover, their opponents in the UEFA Europa League are no amateurs. Napoli presents Xavi’s side with a stiff challenge, and the competition will only get more challenging in future rounds.

Though Barcelona surely have a good chance of winning the second-tier European competition, Copa de Rey presents an easier path to glory. Five games stand between Xavi’s men and the trophy, and just 450 perfect minutes of football can guarantee it. Barcelona will need to go all guns blazing into Thursday’s game.

It is not only the prestige of winning a title that counts for Barcelona. The young team is in desperate need of an infusion of character and belief. Further, the monetary rewards of winning the Cup could help the Catalans economic situation, which suffered a big blow with their UCL disqualification.