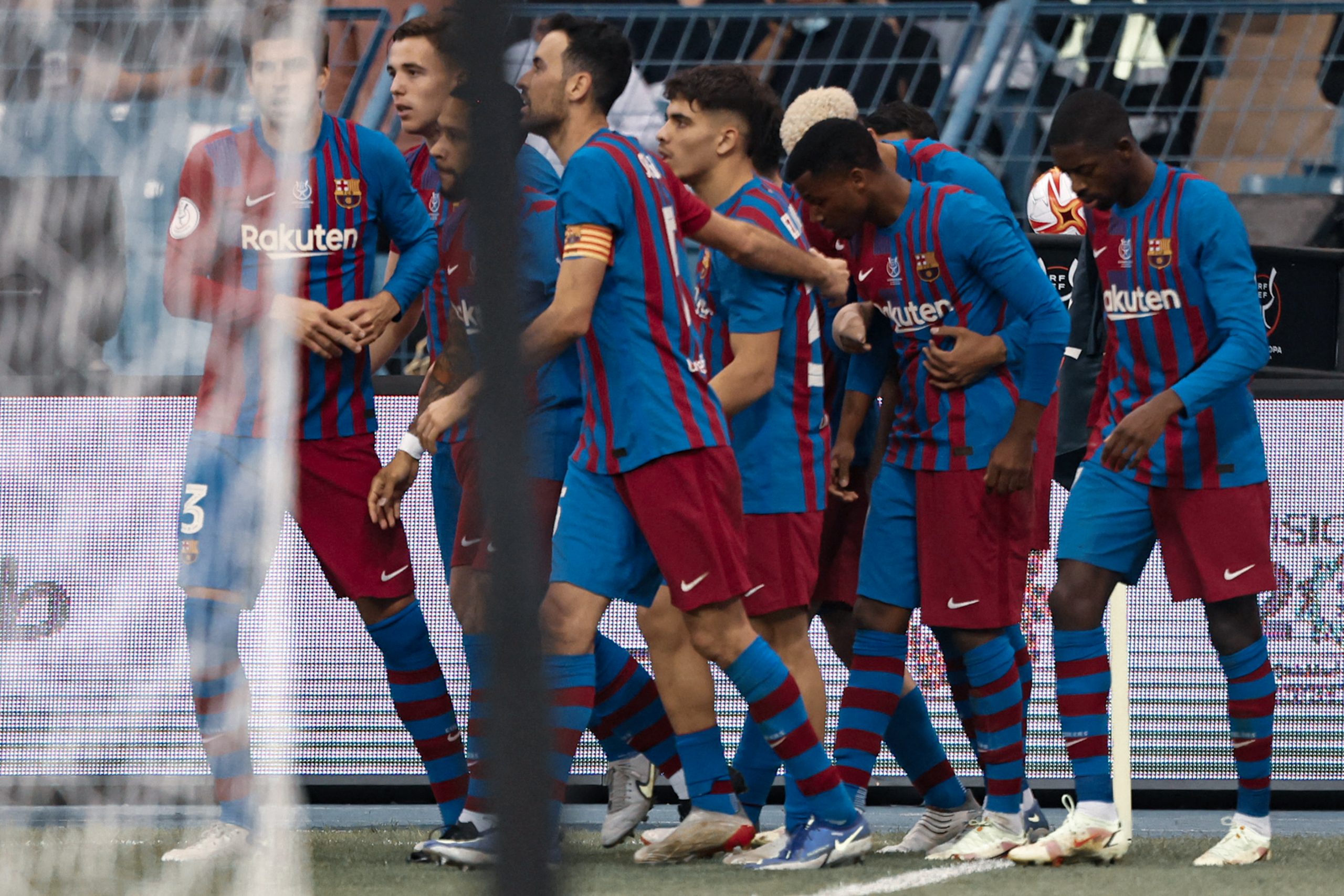 Real Madrid may have walked away with the sporting victory on Wednesday night, but it was a much needed moral win for Xavi’s Barcelona.

Often, the sheer acknowledgement of going on the right path is a factor that can motivate a team to its fullest potential. It is that very validation that the Catalans got in their display against Madrid. Playing against the most in-form side in Spain, Barcelona gave their rivals a run for their money and were even within touching distance of running them over.

Every time Los Blancos threatened to run away with the game, Barcelona stepped in and equalised. Luuk de Jong in the first half and Ansu Fati in the second, Gavi in the first and Pedri in the second; it was a night that gave individual validation to some of Barcelona’s brightest players too.

1. A show of true character, grit and passion

Not enough can be said about the change in the attitude of the team since Xavi’s arrival. The very side that used to shatter before stepping on the field against a big team seemed ready to defend the crest they represent. Barcelona played to win, not to avoid defeat. The result was well visible in the statistical output.

Though Real Madrid had the better chances in both halves, the Catalans registered 20 shots as compared to their rivals’ 14. They had two big chances and efficiently converted their 2.04 xG to score twice.

Carlo Ancelotti’s side started off on the driving pedal. However, as the game progressed, Barcelona seized the initiative and began to dictate the flow. With their opposition largely restricted to the counterattack, Xavi’s side actively looked to break down the Real Madrid defence.

Right from the 38-year-old Dani Alves to 17-year-old Gavi, every player bled red-and-blue as long as they were on the field. And while their journey in the Supercup may be over, it is a sign that this team is building fast.

Despite taking charge over a month ago, Xavi did not have the services of some of his biggest stars at this disposal. On Wednesday, the manager could count on the likes of Ansu Fati and Pedri for the first time, and the result was not surprising.

Pedri came on after 45 minutes and replaced Frenkie de Jong. Since the minute he stepped on the field, the Canary Islander oozed class all around him. Unfazed by the newly focussed attention after his exploits of individual awards, the teenager began playing like he never took a break.

The youngster was technically so superior to his compatriots that Barcelona became a more solid side in the middle of the park. Pedri’s ability to calmly navigate out of tricky situations helped the team hold onto the ball and play more vertically.

Similar to his teammate, Ansu Fati made an instant impression since his introduction. In his first game after injury, he once again scored, as is the tradition with him. When the whole team was looking for a solution to get back on level terms, the teenager trusted his instincts and finished a difficult chance.

Fati was excluded from a large part of the buildup as he was asked to play as the striker. However, it will be interesting to see how he fares when Xavi begins to play him on the wing again.

3. A team on the right path and not far from silverware

When Xavi Hernandez took over at Barcelona, several questions were raised over his lack of experience. Many said the problem lay with the team and not with the manager. Yet, just over a month later, one cannot deny the tangible change in not only attitude but the level of football.

The unanimous conclusion from Barcelona’s fighting display on Wednesday has been that the team are on the right track. The pieces of the puzzle are beginning to come together in harmony, and with the right orchestrator, it is only a matter of time.

Xavi said during his post-match interview that this game would be the turning point for the Blaugranas in their season. With players back from injury and new signings ready to take charge, the top four should be taken for granted for Barcelona.

Heading back to La Liga and the Europa League, the Catalan’s priorities must change now. With a team possessing such great innate potential, the goal must be to finish in the top two spots in the League. On the other front, nothing short of Europa League glory would do justice to the talent Xavi’s team have.