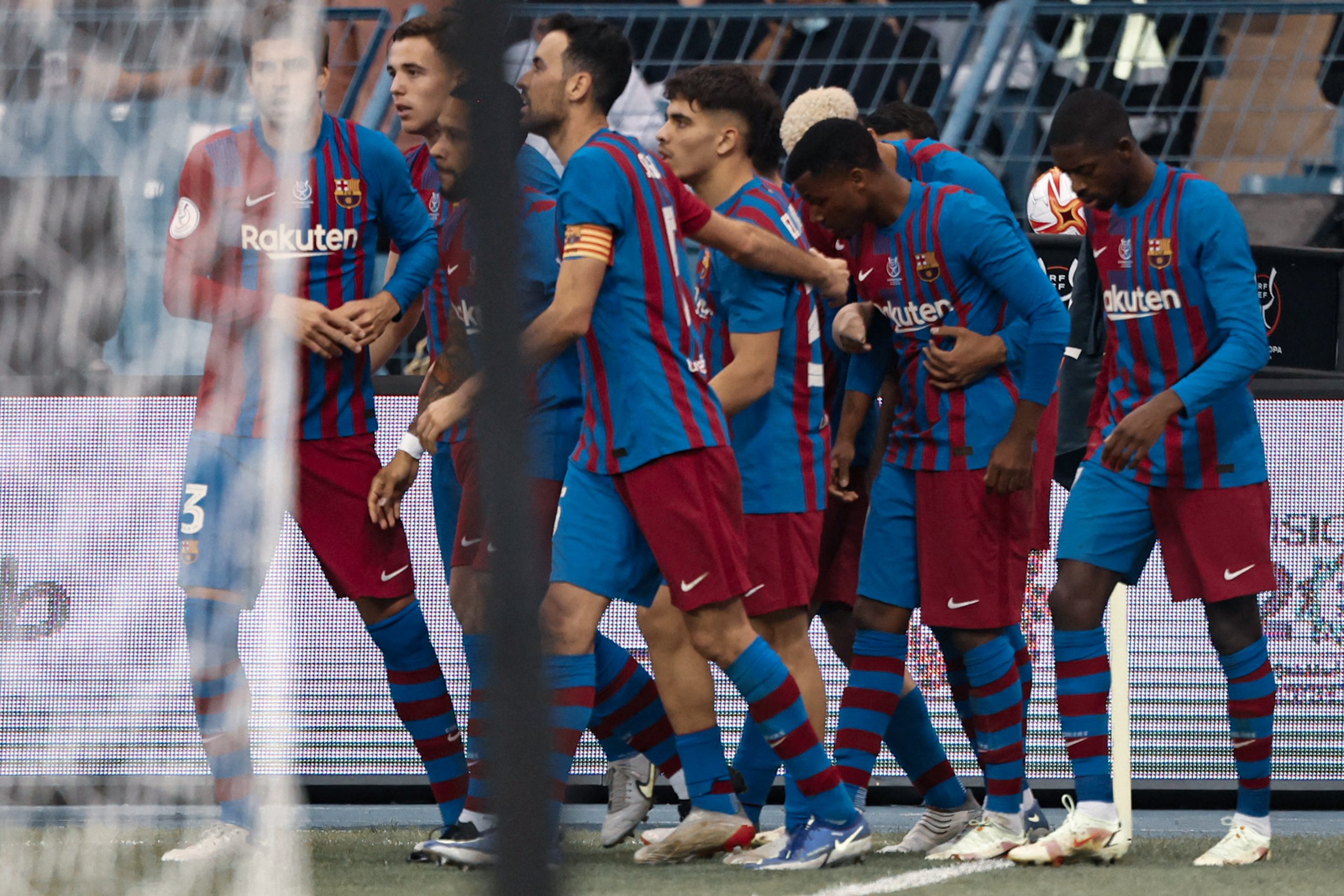 Why do players play football? A few may say it’s about the money and the fame, but most agree that it’s to win trophies and to prove yourself in the sport you love. But what about when you win it all? When you make a name for yourself and aid in the legacy of your team? Stagnation is a very real phenomenon, and that may have become the case for many of FC Barcelona’s veterans.

Players like Gerard Pique, Sergio Busquets, and Jordi Alba have been competing at the highest level of football for over a decade. They have won everything from the Champions League, to La Liga, to the Club World Cup on multiple occasions.

Even though their love for the Barcelona badge persists, one might have to question their motivation. The motivation here is not simply the dedication to win trophies, but the will to fight for every ball during a match. This will have unquestionably diminished in recent seasons.

In addition to this mental quiescence, big losses are also bound to have an impact. A single defeat by itself is a mere blip in form. However, the capitulations against Roma, Liverpool, and Bayern aren’t scars that are going to heal soon.

Having dominated world football in their prime, recovering from this low is a challenge by itself. Add to that their ageing bodies, and you get players, who on a subconscious level, may not be as enthusiastic as their younger selves when it comes to will themselves through games.

FC Barcelona has become infamous for their selection of head coaches in the last few years. Ernesto Valverde, Quique Setien, and Ronald Koeman have all been average at best. The football was painful to watch and consistency was all but absent. Apart from Valverde, the other two names on the list could not even produce major trophies.

It may thus seem perfectly valid to attribute the overall dip in form to the mediocre managerial capabilities of the aforementioned coaches. However, it is important to note that all three of them exhibited subtle differences in their ways of setting up the playing eleven.

While Valverde stuck to a 4-4-2 and a 4-3-3, Koeman and Setien experimented with 4-2-3-1s and 3-5-2s as well. Thus, none of the three tactical approaches were similar, and yet they resulted in identical collapses on the field.

Consequently, the players themselves also had a hand in the overall decline of the team. Some may have been misfits for the club’s playing style, but that can’t cover for the lapses in judgment shown by the entire squad.

While not a guarantee, a lack of motivation may have been Barcelona’s downfall

To further our discussion of motivation, let’s look at where this shortcoming appears to have affected Barcelona the most: the defence. More specifically, let’s look at two important statistics regarding defensive actions — total pressures attempted (press), and success percentage of the applied pressures (succ% press).

The data seems to indicate that Barcelona has reduced its pressing rate, but is more accurate with what pressures it applies. This directly contradicts the on-pitch results. Barcelona has been woeful defensively, and cannot seem to contain opposition players.

However, an alternative hypothesis might be able to explain these findings. A possible scenario may be that Barcelona is not just attempting fewer pressures, but is also going for only the easy pressures. While not a direct indicator of lost motivation, this strongly suggests that the Blaugrana have stopped attempting riskier pressures that helped them succeed earlier on.

Furthermore, the fact that this decline persisted in the 19/20 and 20/21 seasons when the Azulgranas changed managers twice supports the fact that it has more to do with the players than the coach.

Barça B and renewed hunger

With the appointment of Xavi and the prevalent injuries, Barcelona has been forced to field B team players such as Nico Gonzalez, Gavi, Ez Abde, and Ferran Jutgla. But contrary to expectations, these youngsters have outshone their senior counterparts.

While they may have occasionally been reckless when it comes to challenges, Gavi and Nico’s hunger for success has been on display all season. They aren’t afraid of pushing the opposition to their limits. Even fans find this refreshing. The devotion shown by these players has been received with cheers by Camp Nou.

In December, all of Barça’s goals have come through B team players. Additionally, Gavi and Nico lead the way when it comes to presses attempted per 90. Only Busquets comes close to their staggering numbers.

These youngsters are passionate about their goals. They love the club and are willing to give their 110% on the football pitch. With Xavi at the helm, there’s a very good chance that these talents will go on to become generational players. The ingenuity they have shown is admirable, and it reminds Culers of the golden days.

Barcelona has always been the home of highly competitive players like Carles Puyol and Lionel Messi. Their desire to win has been one of the reasons for the club’s ascendancy to the top of European football.

The current squad pales in comparison to the fierce lions that played for Pep Guardiola. This lack of courage and motivation is evident. Line-breaking passes have now become a rarity and defensive cohesion and confidence are at their lowest.

However, there is still light at the end of the tunnel. La Masia has produced a fresh batch of exciting talents, and they are now under the guidance of a maestro in Xavi. There is also the return of Dani Alves, the most decorated player in football.

Having such players in the team is likely a morale booster for the squad members. Gerrard Pique and Sergio Busquets have begun to show glimpses of their former selves again, and the performance away at Sevilla was a moment of pride for culers when it comes to attitude. Those who still don’t improve, need to be sold. For the rest, however, a new era is on the horizon.