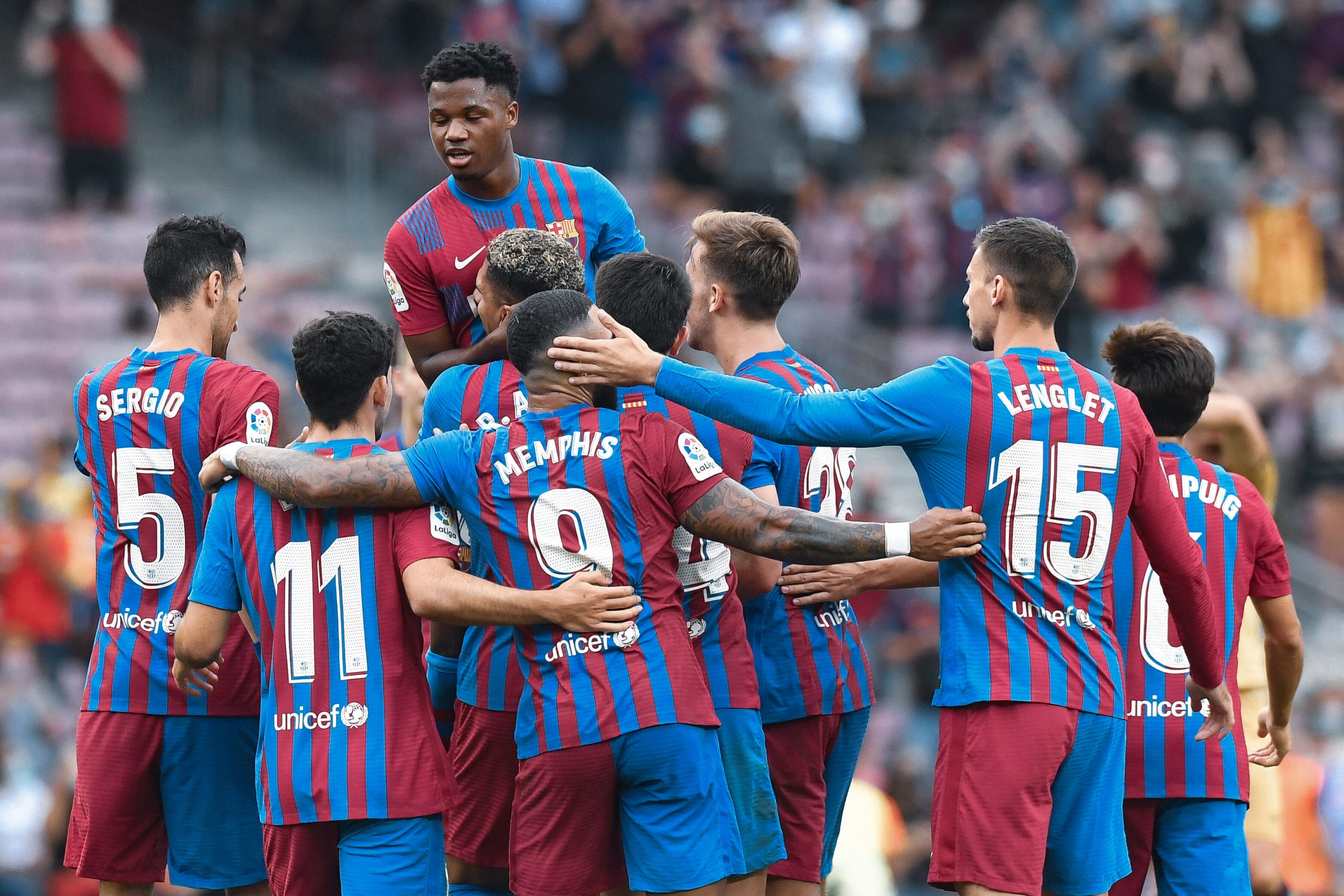 In arguably their most complete performance this season, Barcelona saw off Levante 3-0 at the Camp Nou. The home side were full of energy, dynamism, and the tension that filled the air in the early minutes was quickly dissolved. Two goals in the opening 15 minutes were topped off by Ansu Fati’s return, who scored in extra time. It was a joy to behold after what has been a rough September.

Looking back at the match, here are Barça Universal’s three lessons learned.

1. The triumphant return of Ansu Fati

Ansu Fati was amid a hot start to the season when he was injured in November last year. 323 days and four surgeries later, he finally made his triumphant return. Having been out of the game for so long, naturally, there were reservations about how he would return and if he would be the same player.

Those questions were quickly answered when he drove the ball down the heart of Levante’s defence, set up for a shot, and scored a brilliant goal. The cheers of the crowd, the jubilation of his teammates, and the smile on his face said enough about how meaningful that moment was for him, the fans, and the team. In his ten minute cameo, he managed a goal and two shots.

Moving ahead, his importance to the team will only be more and more realized. With the 18-year old, Barcelona now have another clinical goalscorer and someone not afraid to run at defenders or make runs behind.

It goes without saying that he will still show some rust in the upcoming games, but he looks to have picked up right where he left off.

Slotting in at left-back for the injured Jordi Alba, Sergiño Dest played what is likely his best performance in a Barcelona shirt. The lesson learned here is not only a reminder of his sky-high potential, rather that he can excel on both flanks.

With the more defensive-minded Oscar Mingueza at right-back, Barcelona emphasised attacking down the left-hand side. Consequently, Dest had plenty of opportunities to run at Levante’s backline and wreak havoc. His pace and flair were in full effect, putting on a show for the Camp Nou with eye-catching skill.

In the 13th minute, he progressed the ball down the wing, cut inside on his right foot, and set up Luuk de Jong for his first Barcelona goal and the team’s second in the match.

Dest finished with an assist, four dribbles, four key passes, and sixteen progressive carries, per fbref.com. In many ways, it was a performance worthy of Man of the Match. If the young American can keep this up, have the Blaugrana found their Jordi Alba replacement?

3. Gavi and Nico controlling the midfield

Looking at the starting lineup before the match, one could have easily been worried about the Catalans midfield. While Sergio Busquets’ inclusion goes without saying, Gavi and Nico Gonzalez, whose combined age is only three years older than the captain’s, had a daunting task on their shoulders.

Suffice to say, they exceeded all expectations and were instrumental to the 3-0 win. Both youngsters played beyond their years, full of maturity and precise passes. As interiors, Gavi looked forward with every chance, while Nico helped maintain control and tempo. Their balance alongside Busquets also stood out as each player’s strengths complimented the other.

Numbers can not do their performances justice, but Gavi and Nico finished with 92% and 96% pass completion rates, six passes into the final third, respectively, and a combined five dribbles. Barcelona undoubtedly have more gems on their hands who proved capable of excelling against solid, albeit underwhelming opposition.