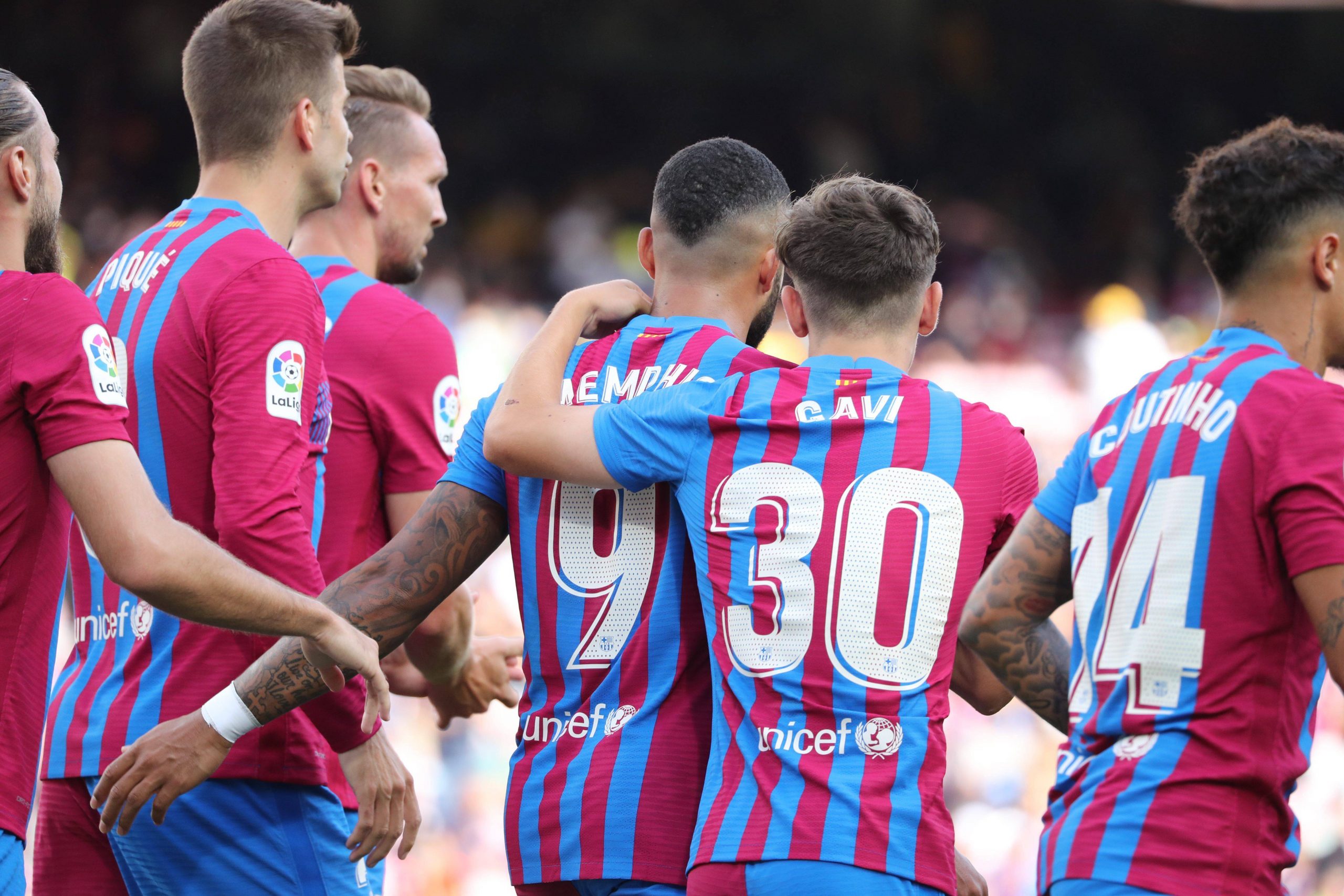 Barcelona went into the home clash against 16th placed Levante with a lot of pressure on their shoulders, with two consecutive games with points dropped. Ronald Koeman’s future with the Blaugrana was also up in the air.

The Dutchman, who was watching from the stands, fielded a promising lineup with Nico Gonzalez and Pablo Gavi both in the starting XI. Ansu Fati returned to the squad after over 320 days out of action since picking up that troublesome meniscus injury to his left knee back in November 2020.

Levante came into the match having drawn four and lost two of the opening six games of this La Liga campaign. They desperately needed to get on the board, for Paco Lopez was also under pressure, just as his counterpart Koeman.

Barcelona started in blistering fashion, particularly owing to some wonderful trickery from Memphis Depay. The Dutchman squeezed through two Levante defenders before bursting into the box and being taken down by Nemanja Radoja.

And after failing to convert a sitter against Cadiz, which would have most likely given them the win, Depay converted the spot-kick emphatically to give Barça the 1-0 lead at the 5 minute mark.

The Catalans continued to pile on the pressure on a nervy Levante side, and it paid off just eight minutes later, as Sergino Dest made a purposeful run and rolled a pass into the path of Luuk de Jong, who calmly slotted away his first goal for Barcelona.

The intensity slightly dropped, but Barcelona looked continuously threatening. Another excellent chance came in the 43rd minute as Depay’s solid header was palmed away by Aitor.

The Catalans went into the break two goals to the good, as Levante heads already seemed dropped and the visitors looking relatively toothless and inefficient at both ends of the pitch.

The second period began much like the first ended, with more relentless Barcelona attacking. The youngsters Nico and Gavi both seemed extremely sharp, much to the Camp Nou crowd’s delight.

Riqui Puig came on for Philippe Coutinho in the 59th minute to make his third appearance of the season, but it would be the most considerable spell of minutes so far. His introduction came at the same time Ansu Fati started to warm up and was met by raucous cheers from the Camp Nou crowd.

Minutes after Puig’s introduction, Barcelona sent a barrage of attacks towards the Levante goal but were just about kept at bay. The intensity seemed to continually increase, with Barça creating more and more clear cut chances that Levante threw their bodies on the line to block.

Finally came the moment everyone was waiting for. With just 10 minutes to go, Ansu Fati, the new Barcelona number 10, took to the field as the Camp Nou erupted into cheers.

And boy did the teenager impress, with two straightforward, electrifying runs at the visitors’ defence with his first touches of the ball, even making his way into the box before being brought down rather blatantly. Surprisingly, no penalty was given.

But he was not to be discouraged. The magnificent winger took matters into his own hands and in the 90th minute. He picked the ball up just inside the Levante half before driving at goal and unleashing a fierce effort that nestled into the net.

The culmination of nearly a year of struggle and tumultuous recovery, his first goal of many in the number 10 jersey. Hoisted up by his teammates, while the Camp Nou roared his name, Fati created a moment that will never be forgotten.

All in all, a great outing for Barcelona, who snapped a three-game winless run and edging their way up the table. Up next, a crucial Champions League encounter against Benfica on Wednesday.