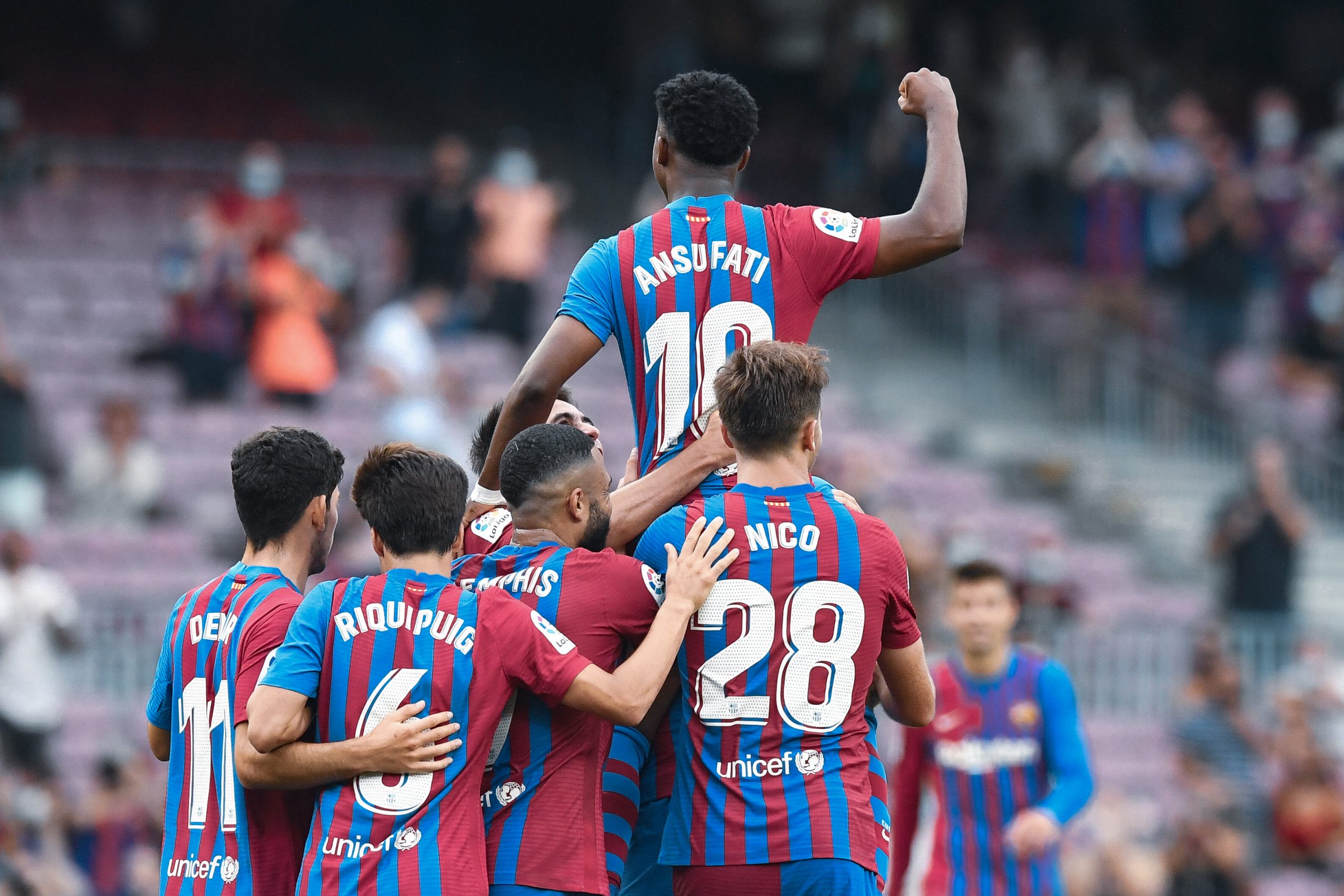 Having been witness to one of the most maladroit football in recent weeks, reverting back to the brand of football that defines Barcelona added a breath of fresh air. Levante opting to operate in a more advanced block with little narrowness in their defence certainly played in to Barça’s favour.

However, Barcelona continued to function with the attitude that helped them prise open Levante in the first half as a late Ansu Fati finish capped off an impressive display. Barça Universal now runs the rule over the 3-0 victors.

Having picked up the man of the match award in his previous outing against Cádiz, Ter Stegen proceeded his fine form between the sticks. While, in all fairness, he was minimally tested – especially as opposed to his last encounter –, the German was forced to make a couple of difficult saves in the closing stages of the game.

With quick anticipation to come out of his line and 30 accurate passes out from the back, misplacing a meagre three, Ter Stegen certified the Blaugranas maintained their hard-earned clean-sheet.

In the absence of Sergi Roberto and with Dest being tasked to replace Alba on the left flank, Oscar Mingueza acclimatised well in the right-back position, where he is gradually beginning to show tremendous signs of improvement.

In defensive transition, Mingueza was hardly mispositioned, and during build-ups, he circulated the ball swiftly. In addition to the Spaniard winning 4 out of his five ground duels, he was responsible for a couple of consequential crosses in the final third.

Replacing Ronald Araújo is not a job for the fainthearted, but García managed to slot in well alongside Gerard Piqué. While, admittedly, he was hardly ever put in positions of danger, García distributed the ball smoothly, winning all 3 of his aerial duels as well. In encounters where the opposition lacks waltzing forwards capable of getting in behind the defence, the Spanish international’s abilities on the ball flourish.

Similar to his partner in crime, Piqué was mostly obliged to initiate the build-up rather than remain on the back-foot for excessive periods of the game. The veteran barely put a foot wrong when the Granotas charged forward and seemed to be comfortable in the air, too. However, the only complaint that could be made against him was when he missed a fairly simple goalscoring opportunity from a cross.

The young sensation Barcelona initially paid the big bucks for did not disappoint one bit after a few rather unconvincing displays. Dest was a menace on the left flank as he marauded forward with conviction and emerged victorious in various 1v1 situations.

He certainly reaped the benefits of Barcelona utilising their right flank and creating overloads, only to switch the play then where Dest would be left isolated. Furthermore, the American won a whopping 10 out of 14 ground duels. Dest’s terrific assist for Luuk de Jong after bursting through Levante’s defence encapsulated his performance best: he was simply too hot to handle for the opposition defence.

Barcelona’s captain kept things ticking from the base of midfield. Often dropping between the centrals to aid the build-ups, Barcelona owed their smooth circulation of the ball mainly to Busquets. The veteran even won all 7 of his ground duels.

Calm, composed and reliable in possession. Nico Gonzalez, with the pressure of replacing Frenkie de Jong in the XI, did not falter in the slightest. As he repeatedly recycled the ball, the La Masia gem was crucial in the Catalans’ counter-pressing and complemented his partners in midfield well. With 72 accurate passes and a success rate of 96%, Nico hardly put a foot wrong.

Gavi requires merely one condition to succeed, and that is simply having the ball nestled at his feet. Every touch from the youngster oozes maturity, as this was particularly highlighted when he prised open Levante’s defence with a couple of inspiring through passes. Often Gavi would drop deep to aid Barça in escaping the Granotas’ first wave of pressure.

Moreover, the 18-year-old’s ability to speed up the play and add such a great sense of dynamism in moments where the team would be stuck in a stalemate exemplified his innate talent. He barely gave the ball away, in spite of being a vital progressor for Barça.

Out of his element and in unfamiliar territory, Coutinho’s woes continued for the Catalans. The Brazilian attempted several shots from outside the box but struggled to ever test Aitor Fernandez in goal. With his natural tendency to drift inside simply overcrowding the central areas, he did little to unsettle Levante’s defence.

After being subject to heaps of criticism lately, Luuk de Jong finally came good in the final third. The Dutchman often made runs in behind the defence, did not shy away from exerting pressure in Levante’s early phases and eventually scored a clinical goal to extend Barcelona’s 1-0 lead, overshadowing his aerial prowess with some neat close control.

Memphis seemed like a man on a mission. After missing out on bagging the 3 points for his side against Cádiz, his activity on the ball was a lot more influential to Barcelona’s plays. Making runs in behind the visitor’s defence and exhibiting some slick dribbling skills were common elements in his gameplay.

Although Memphis looked slightly wasteful in front of the goal at times, he bore fruit for his general contributions on the pitch with a well-placed penalty to give Barcelona the lead.

Having been brought on at the hour mark, Puig added considerable charisma on the field and outshone Coutinho’s efforts in simply 5-10 minutes. In a more advanced role between the lines, Puig dazzled spectators with his nifty footwork and came awfully close to scoring after wriggling his way through 3-4 Levante defenders.

A man of the match performance from Barcelona’s new number 10, Ansu Fati’s poetic return to the Camp Nou could not have found a more symbolic reception with that knack to rattle the back of the net remaining well intact.

The Camp Nou’s roars were truly amplified as the introduction of Ansu Fati increased excitement amongst onlookers. Despite being out for ages, it almost seemed like he picked up right where he left off. Taking on defenders, teasing them with his elegant footwork and eventually scoring the goal that lifted every Culé from their seats certified an impeccable display.