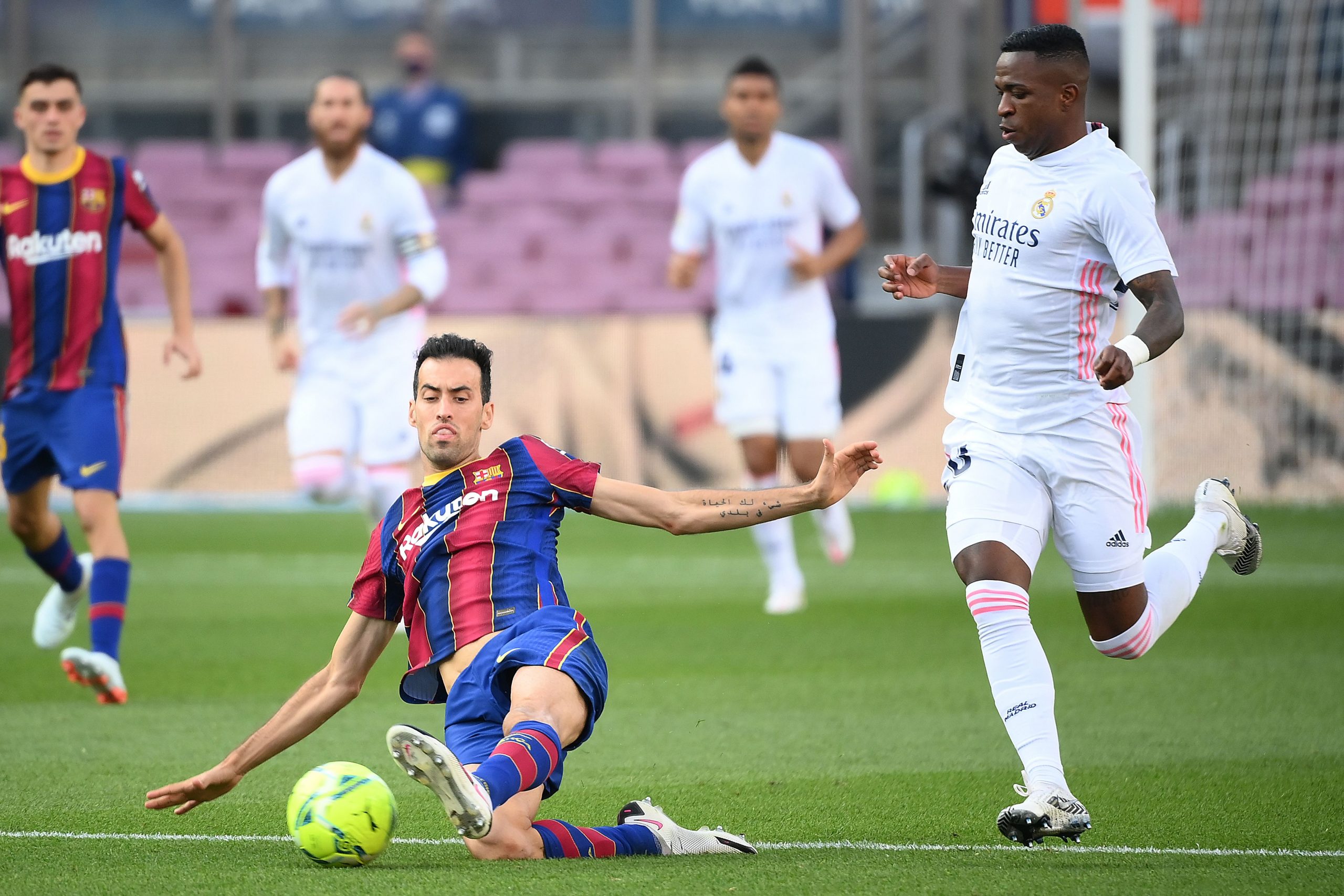 Sergio Busquets has spoken in the post-match interview after his team’s 3-1 loss over Real Madrid. The Catalan midfielder believes that the penalty was wrongly awarded and that after the decision, the game ended up being in Madrid’s hands.

“We had high hopes for this game. We got there well. We did well in the first-half and we also had good chances in the second-half. The penalty kick tipped the scales in their favour.

“It’s difficult… In games, there are a lot of moments like this. The situation with Real Betis of the other day comes to my mind… It was too strong of a punishment in my eyes.”

Busquets did not have his best performance in the Clásico, with a 3/10 rating according to Barca Universal, being considered the worst on the field at the Camp Nou. However, the 32-year-old’s poor performance does not mean that Barcelona deserved the loss, as his team-mates were putting a decent performance — with Sergiño Dest and Ansu Fati at the forefront.

There is a consensus among Culés regarding the fact that VAR’s penalty call on Sergio Ramos was too soft, and ultimately the decision determined the final score. Coach Ronald Koeman publicly spoke against the decisions as well and could face punishment from La Liga.