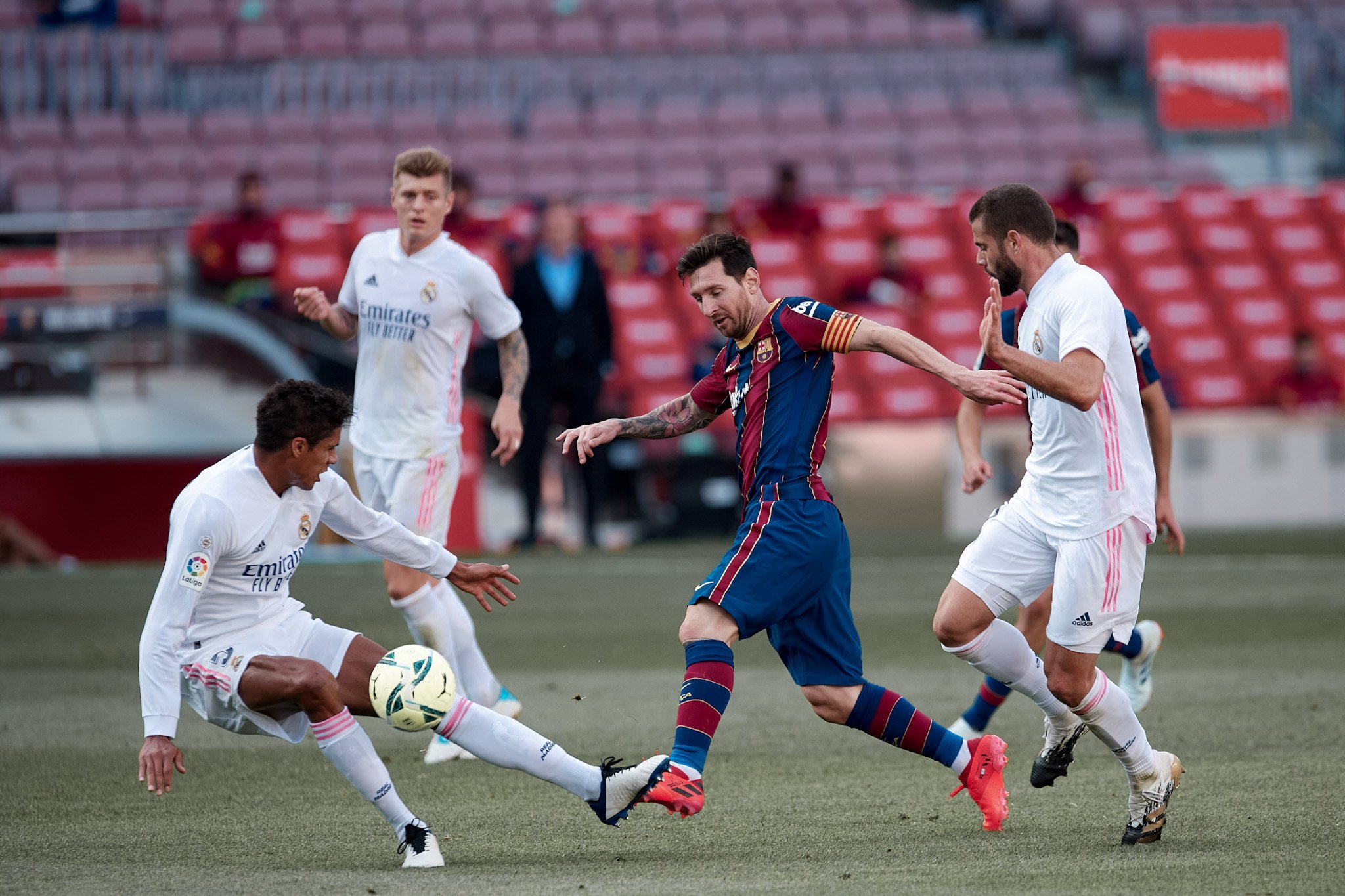 End-to-end football, simply the beautiful game. El Clasico usually delivers, but, in recent tears, it has never been as entertaining as today’s fixture. Against an out-of-form Madrid side, Koeman tinkered, and his new formula could’ve backfired a lot had his players not fully grasped it quickly. The Dutchman started with Pedri and Sergiño Dest, and the team shape showed Ansu Fati deployed as a number 9 with Leo Messi next to him.

The latter two were a big part of the game, with Messi unlucky not to put his team in front after being a massive part of Barça’s equaliser. Much like against Ferencvaros, Barcelona started with their foot off the gas pedal and, unlike against the Hungarians, they were punished for him. In the sixth minute, Gerard Piqué and Clément Lenglet were at fault for some shambolic defending that made Federico Valverde go one on one with Neto and score. A few seconds later, Barcelona’s woes were apparent and Vinicius could’ve scored the second goal had it not been for his awful shot.

That shot woke up the entire squad, and Messi’s genius translated to a superb pass in behind Nacho Fernandez, who had to be subbed off due to injury, to Jordi Alba. The former Valencia speedster found a lot of space and passed the ball to Ansu Fati, who had an easy finish to break the record for youngest goalscorer in Clasico history.

After that goal, Barcelona and Real Madrid both had decent chances, with Messi making Sergio Ramos fall on his backside but stumble over Thibaut Courtois, who was excellent as per usual. Messi was at it again when he made Casemiro fall before being tackled by the Brazilian, a suspicious action as the VAR reviewed it but did not award a penalty. For Madrid, Neto had to make two excellent saves on counter-attacks, and the Merengues found it tough to break the Blaugrana defence easily.

A special mention to Sergiño Dest who, in his first El Clasico, had an excellent bombing forward and coming back to defend as Vinicius was tamed all game. The American made a last-ditch attempt on the Brazilian and saved Barcelona from a precarious situation, a superb start for him.

Exciting football for Koeman’s first El Clasico, significant tinkering and records broken, this was a spectacular half of football that perhaps should’ve seen more goals.

After a promising second half, Barcelona came out with all guns blazing before being struck by thunder. The Catalans flew too high and, much like Icarus, burned their wings because of their stupidity.

At the beginning of the second half, everything was going according to the plan. Barcelona were pressing and devastating Madrid, who were praying for an opportunity, something to cling on. After many chances, especially one from Fati that went wide and another one, this time a header from Coutinho after a Fati cross, Barcelona were stung by Madrid and Sergio Ramos. Clément Lenglet stupidly pulled the Spanish defender’s shirt, and after a lengthy VAR review, the referee awarded a penalty to Los Blancos. Sergio Ramos scored, and Koeman’s side went down once again.

Speaking of the Dutch manager, he waited too long for his changes and Barcelona went into a phase of dominating the ball without dominating the game, it was dire from the Culés. After the changes were made, in the 80th minute, Neto saved three attempts on goal, twice from Kroos and another one from Varane. If it weren’t for the Brazilian, the scoreline would’ve been heavier.

Luka Modric found the net to put the game to bed after a ridiculous sequence where the Blaugranas were dire. The Croat toyed with Neto before scoring the dagger on a memorable night for the team in white.

In the end, Koeman’s squad didn’t take their chances and were punished for that. Conceding three goals to this Madrid side, with two lapses of concentration, is absolutely unacceptable. While the Blaugranas deserved better from the second half, it’s always better to score than to be sorry for yourselves after the game—many things to change for the Culés ahead of the game against Juventus.