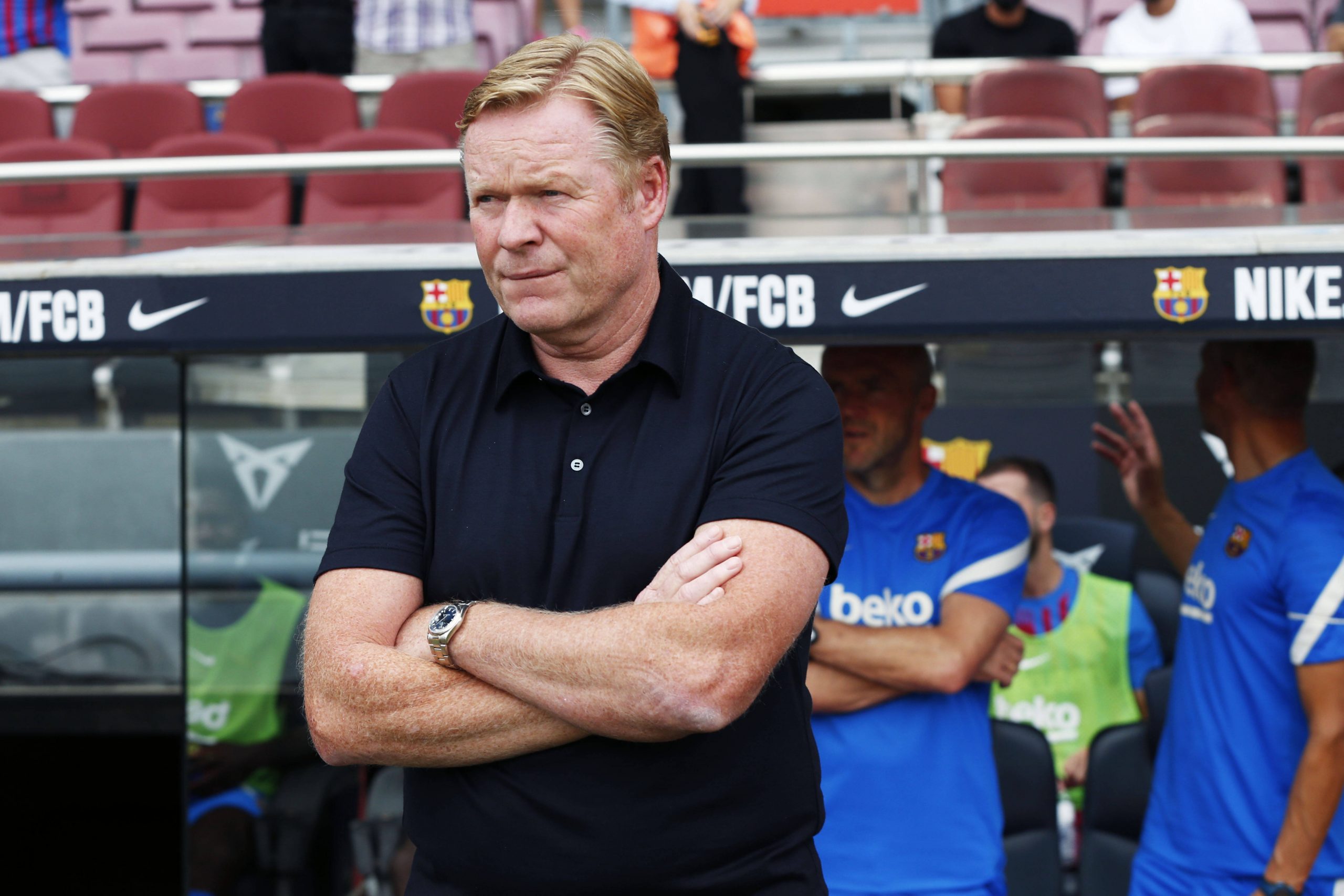 It is no world secret that Ronald Koeman is going through a bit of a turbulent phase at Barcelona. Named the manager of the Catalan giants last year, the Dutchman has had to go through a lot of ups and downs, and has never really been accepted by a majority of the fanbase.

It did not help matters that Joan Laporta cast doubts over his job after returning as president, while the pair’s difficult relationship has served to add more fuel to the fire.

The meek surrender to Bayern Munich in the UEFA Champions League earlier this week has further ramped up the pressure on the manager, with several board members calling for him to be sacked.

Amid rising pressure on Koeman, journalist and close aide Lluis Canut has come to the Dutchman’s defence (h/t Mundo Deportivo), stating that the 58-year-old ‘Hero of Wembley’ is being ill-treated.

Lluis Canut comes out in defence of Koeman

“We are amazed at the media lynching that Ronald Koeman is being subjected to,” Canut writes in his column for Mundo Deportivo. He further expresses his dismay at people trying to teach the manager the ways of Johan Cruyff’s Barcelona, a team which Koeman represented and was a key part of.

“The most delusional thing is people trying to give him ‘cruyffismo’ classes, while being one of the most important parts of Cruyff’s dream team. If there’s someone who had a personal relationship with Johan, it was Ronald.”

Canut points his fingers at Laporta’s loyalists for being critical of Koeman because it was Josep Maria Bartomeu who appointed the 58-year-old.

He also says that there are sections of supporters who want to see club legend Xavi return as manager, which is why they treat Koeman unfairly while also adding that some fans are unhappy with Riqui Puig’s exclusion and use it to lash out at the former Netherlands boss.

“Maybe it is because of Riqui Puig fans not forgiving him, or Xavi fans who are desperate for the Al Sadd manager to take over… Or even radical “Laportistas” that want to get rid of him because Bartomeu hired him. Regardless, the hero of Wembley is being mistreated.”

Regardless, Koeman, a legend at Barcelona thanks to his contribution in the 1991/92 Champions League triumph, finds himself at a crossroads. The Dutchman has been given the next three La Liga matches to salvage his job.