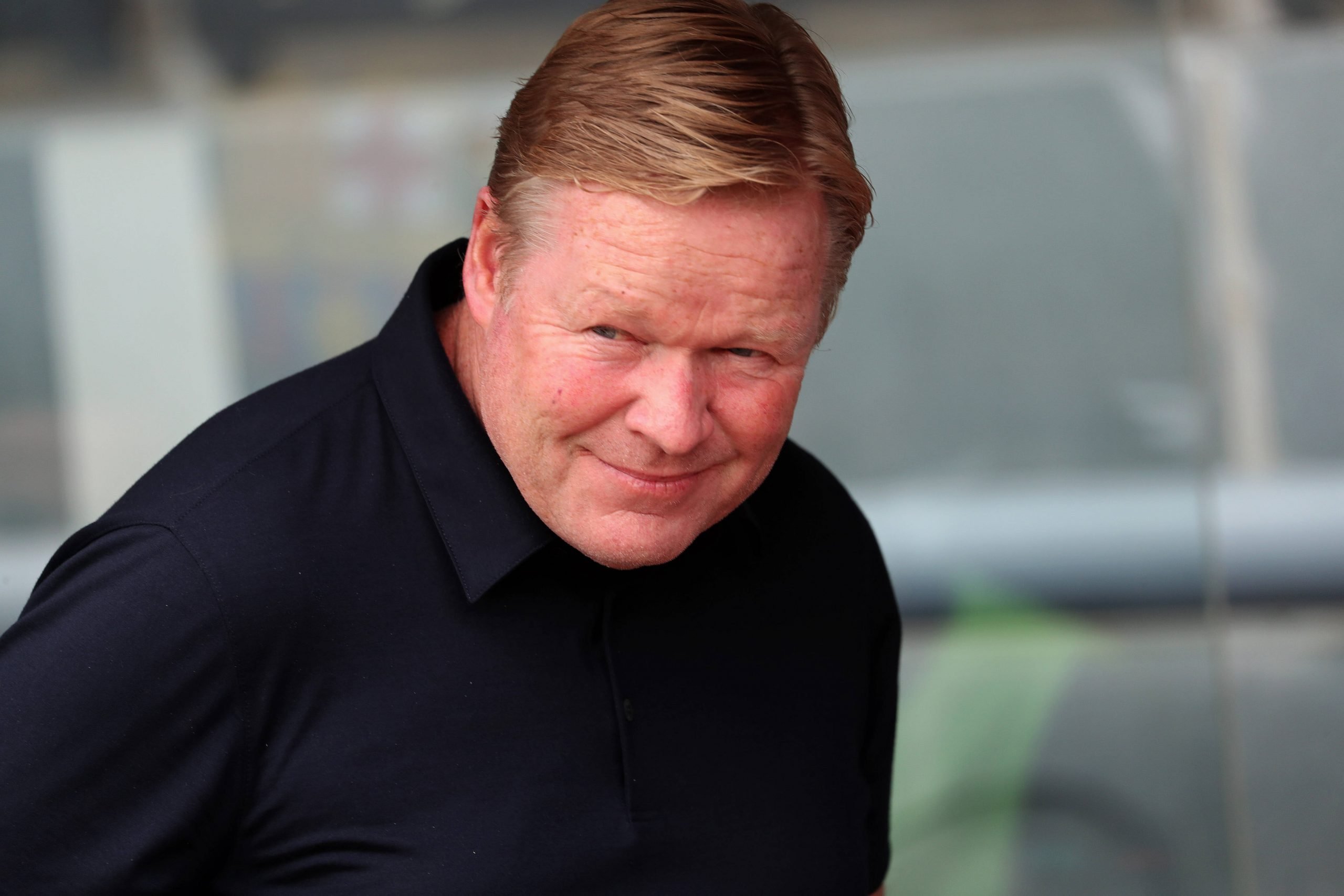 Ever since Ronald Koeman took over the reins at Barcelona, he has never really looked to have locked down the job completely.

The Dutchman, despite his legendary status at the club as a player, has been unable to win over fans, largely due to the way he has set his team up, while his future had immediately cast into uncertainty as soon as Joan Laporta returned as president.

Even though Koeman stayed on, rumblings of a sacking have been never far away. Those speculations have continued to pick up pace amid recent back and forth between the manager and the president indicating that all is not well between the two.

And, the latest defeat to Bayern Munich in the UEFA Champions League earlier this week seems to have pushed his position under further scrutiny. Indeed, as per a report from Cat Radio, Laporta is fast running out of patience with the former Netherlands head coach and may decide to part ways if he does not see a quick turnaround.

It has been claimed that the club continues to back Koeman and his staff, but their patience is starting to wear thin. The manner of defeat against Bayern has dented the confidence that the hierarchy had placed in Koeman, with the backing of youngsters like Gavi, Alejandro Balde in the game, the only thing earning him credit.

And it may well be that it could prove to be a major point in saving his Barcelona career, should he continue to hand opportunities to them and other young talents like Nico Gonzalez, Yusuf Demir, and Riqui Puig, who has had no joy under the Dutchman.

Not much time left for Koeman

Speaking after the defeat to Bayern, Koeman insisted that the fans will get to see the proper team in three to four weeks’ time. But if things don’t take a turn for the better soon, he might not even have that much time left.

A report from AS indicated that several Barcelona board members asked for the immediate sacking of Koeman. However, Laporta has decided to hold on swinging the axe right away.

The report claims that while Laporta and vice-president Rafael Yuste do not trust Koeman. However, the president has not been swayed by the board members’ call for his sacking and has instead relied on inputs from club director Mateu Alemany and technical secretary Ramon Planes, who believe that keeping Koeman over sacking him right away is the lesser of two evils.

As a result, Koeman is set to be given some time to turn the tide around. Indeed, the next three La Liga clashes against Granada, Cadiz, and Levante will be crucial in deciding the fate of the ex-Everton manager.

The Dutchman’s contract with Barcelona runs till 2023, with TV3 claiming that he will be owed a severance fee of €12million, which could put the club in financial strain. Furthermore, the lack of a replacement is also a concern currently.

Laporta does not trust Barcelona B manager Sergi Barjuan to step up while there is a belief that club legend Xavi might be reluctant to take over, having already refused the job at the end of the season. Although Jordi Cruyff is eyed as an interim boss, he is reluctant to take over from Koeman, who is a close friend of the family.

The whole situation may have bought some time for Koeman, but there is no doubt that his job at Barcelona is hanging by the thread as things stand.