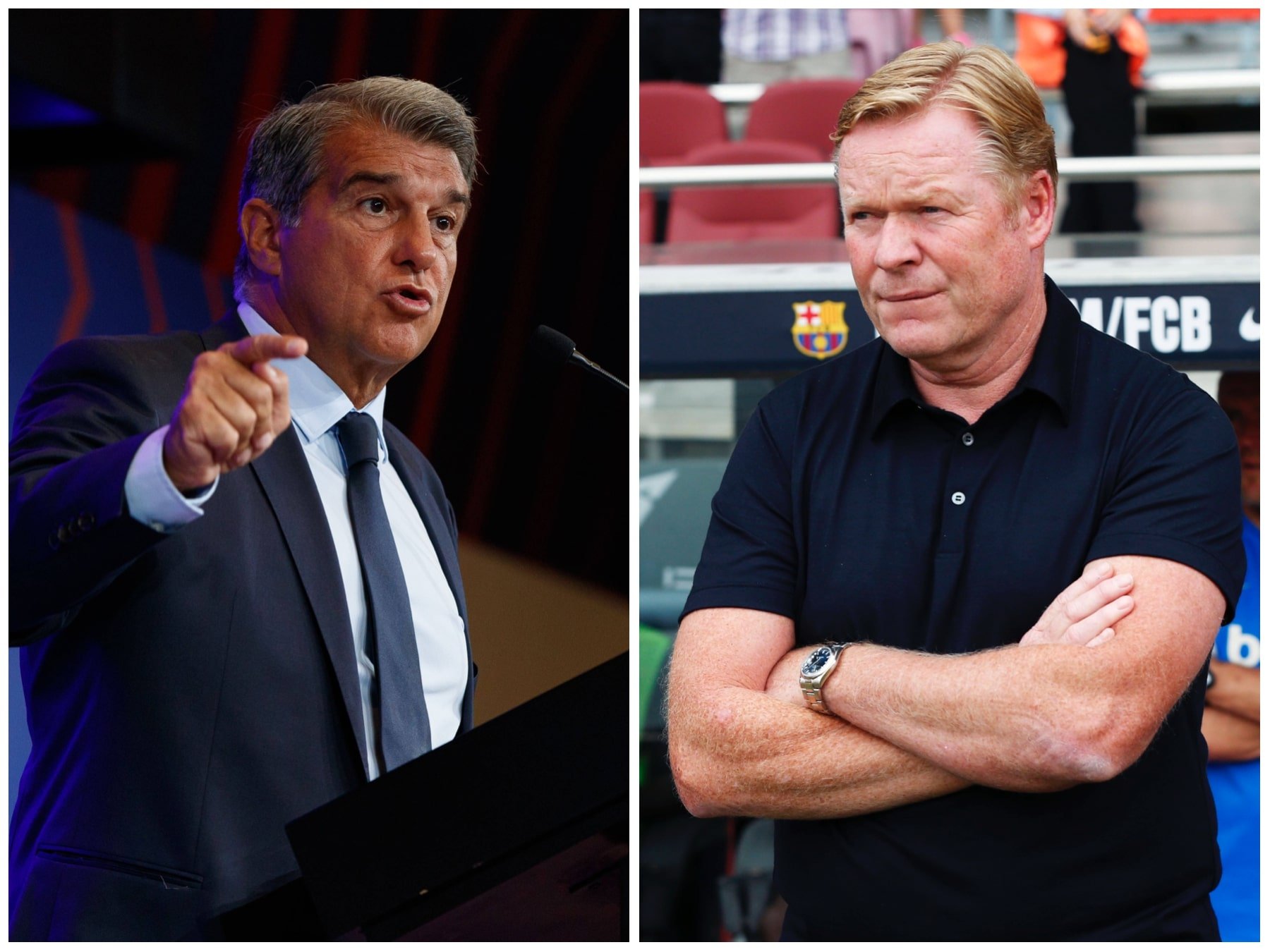 There seems to be no end in sight for the problems that Barcelona are facing.

From Josep Maria Bartomeu’s scandal, to the financial issues that continue to plague the club till today, to losing the club’s greatest ever player in Lionel Messi, it has largely been a year to forget for the Catalans.

With the new season kickstarting, there was some hope that under the watchful eye of manager Ronald Koeman and president Joan Laporta, the club could be able to chart a new course towards success again.

However, that has not been the case. Performances continue to be inconsistent while there seem to be a lot of issues brewing between the two main men – Koeman and Laporta.

The Barcelona manager had recently expressed his displeasure at the manner in which details about his contract negotiations had been leaked to the media. And while both he and Laporta seemed to have put their issues ahead, at least in the eye of the public, it was believed that things could go south soon.

All is not well at Barca

That seems to be the case as reports from El Chiringuito TV. It is claimed that Koeman and Laporta were involved in a tense and lengthy meeting after Barcelona’s latest UEFA Champions League defeat.

Barcelona fell to a 3-0 defeat in their Champions League season opener against Bayern Munich on Tuesday night at Camp Nou. In the aftermath, it has now emerged that the club president and the manager were involved in a meeting, with the atmosphere charged with tension.

Providing more information on the situation, Marcelo Bechler claimed that Laporta’s right-hand men Rafael Yuste and Mateu Alemany were at Camp Nou until almost three hours after the game was over before they took off, with Laporta still at the stadium at that point.

Furthermore, Jota Jordi even goes on to point out that Barcelona may already have identified a successor in case Koeman is shown the doors, with Jordi Cruyff tipped to take over as the interim manager.

Things seem to be evolving at a rapid pace at Barcelona. Koeman, as things stand, is under pressure, with his job in a precarious position.