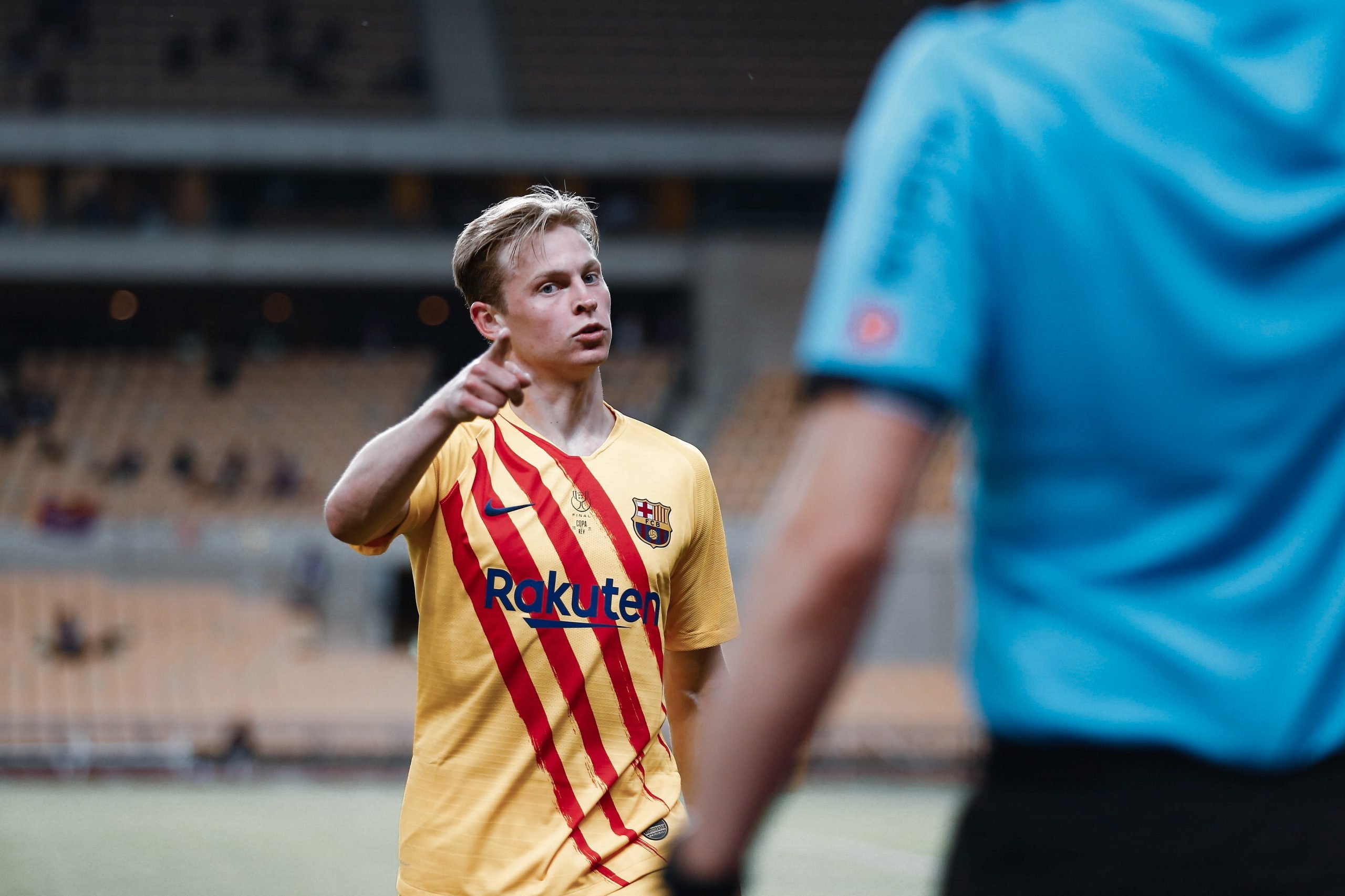 When Barcelona completed the signing of Frenkie de Jong in January 2019, it made headlines everywhere. The young talent from Ajax Amsterdam was touted to be the next big midfielder in world football. With his every touch, he exuded magic. The youngster’s spatial awareness seemed unparalleled. Pundits across the globe regarded him as the ‘engine of the Dutch national team’ and the heart of the rampant Ajax side of 2019-20.

Barcelona and Ajax have a rich history dating decades back. Some of football’s biggest names have made the infamous Dutch-Catalan switch over their careers. More often than not, a move between these sides comes with a seamless transition. Understandably, Barcelona faithful expected the same of Frenkie de Jong when he first donned the infamous garnet and blue of Barcelona.

The initial months for the young gem may not have proved the smoothest. However, he never delivered poor or disastrous performances, and that always kept him in the running. Over the last six months, that very young, unpolished gem has matured into one of the brightest stars in La Liga. The pupation has indeed flourished into a product finely polished.

However, with that exponential growth in performance, Frenkie de Jong has had to cope with greater responsibilities. The latest chapter of his remarkable story deals with dealing with the pressure of the highest order, and he has come out with flying colours.

The Dutch protege’s incredible versatility has seen him thrown about in the lineup so many times. Any time the squad has a hole or void, de Jong has been the first to be called to cement the gap. This season has been witness to de Jong playing in some of the most unorthodox positions. For a considerable stretch of the past months, he played as the third centre-back on paper. This role has seen him operating to enhance the side’s distribution from the deep.

For a player traditionally adept at playing in the progressive midfield, it would be challenging to adapt to a defensive role with an entirely new set of responsibilities. Yet, Frenkie de Jong continued to deliver performances of the highest order. When the side was reeling under an acute shortage of centre-backs, the 23-year-old worked tirelessly to bring in high-quality minutes in a foreign position.

Yet, his record of shifting position does not end there. The youngster has been Barcelona’s floating trump card from the onset of the Ronald Koeman era. He has often been the target man for the side and found himself in outstanding goal-scoring opportunities. With seven goals across all competitions, he has grown in stature at Barcelona on so many grounds. Very rarely has the youngster had comparable heat-maps in consecutive games, showing his ability to perform even under maximum variability.

He has been deployed as the defensive midfielder, on either side of central midfield, as the mediapunta and as a centre-back. Most recently, the former Ajax sensation also got the chance to play on the left side of a back-three and then the right in the same game when Barça hosted Getafe. The one constant amongst all these performances: he has seldom put a foot wrong.

The season of 2020/21 has also brought upon de Jong every excuse to show fatigue. Be it for Barcelona or the Dutch national team, the star has had barely any time to breathe between games. The word rest has been scrapped from his dictionary. Indeed, it is a direct result of his growing statures as one of the best midfielders in the world. With 2634 minutes played in La Liga, 584 minutes in the Champions League, 510 minutes in the Copa del Rey, and 240 minutes in the Supercup, he has not had a respite of any form. Additionally, he has participated in over 800 minutes of action for the Dutch national team.

Undoubtedly, FdJ is continuously subject to challenges of the highest order, both physically and mentally. Yet, he brings on his A-game every time he steps on the pitch. Never has he hidden behind the excuse of fatigue, nor has he shown any signs of it when gracing the field. That is genuinely the mentality of an elite player-class of the highest order.

Against Athletic Bilbao in the Copa del Rey final, he showed up when it mattered the most. With every passing game, he seems more and more integrated into the system. His exceptional understanding with Lionel Messi was the backbone for the Argentine’s stunning goal on the night. The former Ajax star boasted of a goal and two assists, outperforming even Messi. He was indeed one of the standout players on the grand stage, under the brightest of spotlights.

There is only one way forward for Frenkie, and that is up. We are witnessing the start of an extraordinary career, hopefully one that will don the garnet and blue for years to come. This season is truly the turning point of the No.21’s career at Barcelona and has unleashed his authentic form. There is now a reconciliation amongst the Barcelona faithful — when the times are the darkest and most difficult, Frenkie de Jong is one man who caN be trusted to push the side out. He has proven to be nothing short of a warrior, a tireless force in the face of adversity.