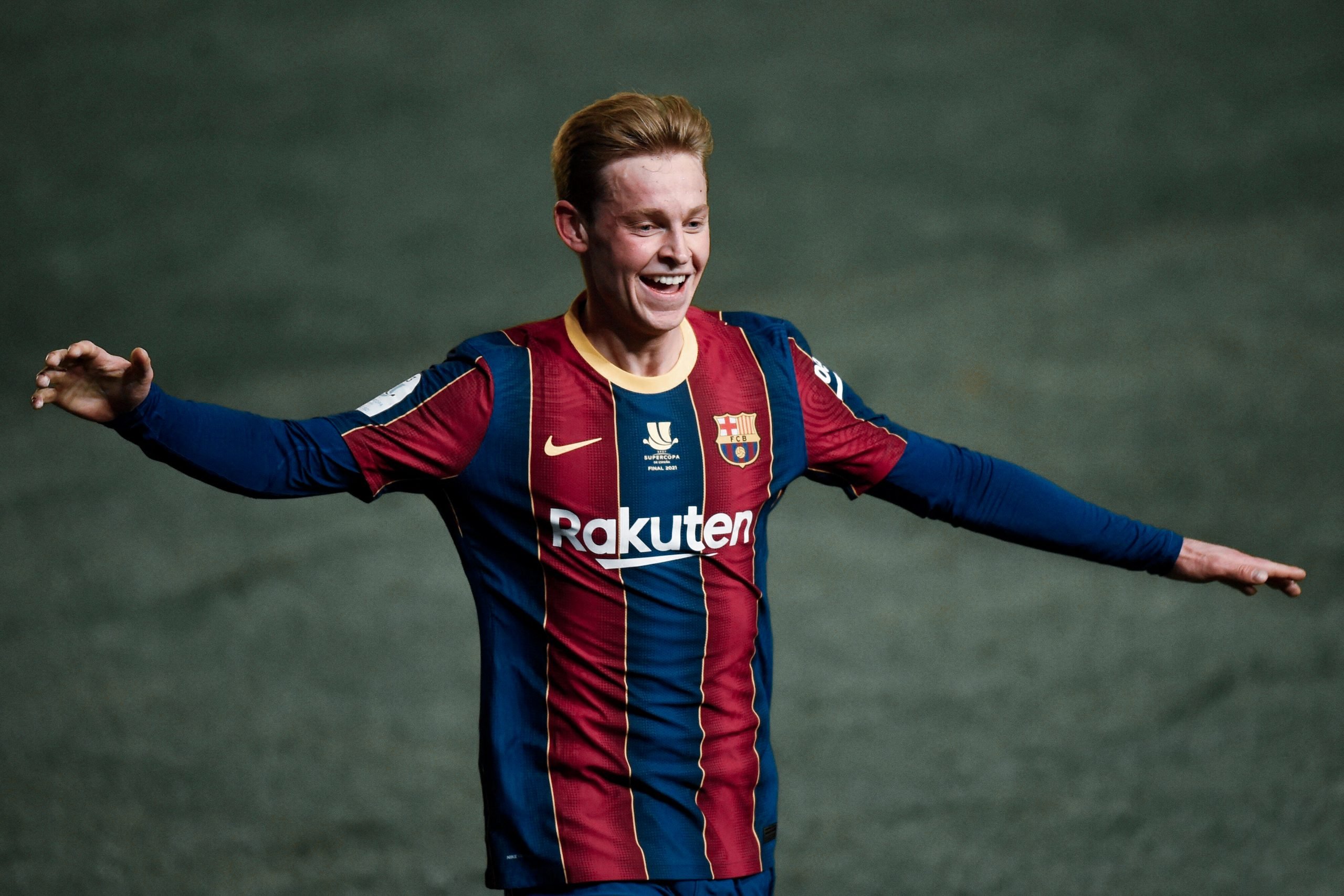 Frenkie de Jong was bought by Barcelona in August 2019 with incredibly high expectations; he was looked at as the midfielder who would fill the massive holes left behind by Xavi and Andres Iniesta – a hole many midfielders purchased by the Blaugrana failed to fulfil.

De Jong was coming off of an immeasurably successful 18/19 campaign at Ajax, having reached the Champions League semi-final and even securing his place in the UEFA team of the year as the Best Midfielder of the competition. Once he finally moved over to the Catalan club, the future looked brighter than ever for the Dutch midfielder, and success inevitable. However, his first season turned out to average to the core. De Jong somewhat struggled to adapt to life rapidly in Catalonia, and with the confusingly altering demands of two different coaches, he was not able to fulfil his potential.

In comes Ronald Koeman — a manager de Jong had already worked with, as part of the Dutch National Team, and a manager who seemingly had far more clarity with how he was going to deploy the young midfielder in the team. In fact, in March 2020, Koeman had spoken to Marca regarding de Jong’s role at Barça. He said, “The position he is playing now is different to the national team and Ajax. He’s learning to play further forward like this, it’s not all bad, but it’s not his best position. For me, I think he performs better playing deeper.”

And so, the stage seemed set; de Jong was expected to finally return to his best under the Dutch tactician. Two starting midfielders in the form of Arturo Vidal and Ivan Rakitic had also exited before the 20/21 season: it seemed that it was now only a matter of time that the 23-year-old would start shining in the Blaugrana kit, in his correct position as a deeper midfielder and as an undisputed starter.

Contrary to all expectations, de Jong had an average start to the season. Being deployed as one of the two double pivots partnering the brilliant Sergio Busquets, de Jong was unable to exploit the attacking third. Furthermore, rather than carrying the ball out of his position like he would so often do at Ajax and the Dutch national team, his role felt far more restricted, keeping him out of the action.

Luckily, Koeman realised his mistake, and in Barça’s first game of 2021 against Huesca, he deployed Frenkie de Jong as a right interior in a three-man midfield, alongside Busquets and Pedri. Having already played as an emergency centre-back and as a defensive midfielder, this was de Jong’s opportunity to play the farthest upfield that he had done so all season. Thankfully, he thrived immensely in this match, having great freedom to create and be involved in the run of play.

Throughout 2021, the star midfielder has played fourteen games in this newfound interior position, enjoying great success as a pivotal man to Barça’s creative play. Consequently, the Dutchman’s goal contribution output skyrocketed; in fourteen games playing as a central midfielder, de Jong scored six and assisted four – numbers that are incredible for any world-class midfielder. He started to fulfil the lack of a number 9 in the team.

Interestingly, these numbers are exponentially larger than his numbers playing in a defensive midfield role, in which the midfielder was only able to register two assists in twenty games. Ironically, it is in the same position that Koeman criticised de Jong’s former coaches for deploying him in Barça.

In his newfound position, de Jong began to be one of the key creators and an actively involved member in Barça’s development phase. His xGBuildup90 — a metric that measures all the attacking actions of a player per 90 except key passes or shots — is an impressive 0.77 compared to last season’s 0.46. Additionally, his xGChain90 — the same as xGBuildup but inclusive of shots and key passes — has improved hugely to 0.95 as compared to his last season’s xGChain90 of 0.57. The 23-year-old has also had a great direct output to attack this season, averaging 1.1 key passes per game.

In this position, de Jong was actively playing the role of a box-to-box midfielder, often being at the end of a Lionel Messi through-ball in the opposition box. He was becoming increasingly unpredictable and twice the workhorse he already had been for the Garnet and the Blue. It seemed that his best position had finally been found for Barça and that he would now be sticking to it.

However, there was yet another change of tactical systems in the work, and if there is any player in the team who would need to adapt their position to suit an altered system, it is Frenkie de Jong. With injuries to both of Barça’s best central defenders — Ronald Araujo and Gerard Pique — Koeman was left with a terribly vulnerable defence going into the second leg clash against Paris Saint Germain.

What was a rather sudden change of pace for the young Dutch midfielder’s role in the team, he was deployed as a centre-back against PSG, expected to be the key in Barça’s buildup play for the match. De Jong had already played four matches as a centre-back in the season, yet there was still some confusion among the fanbase as to what his role would be in the match.

Impressively, the Dutchman put in a masterclass performance, playing in the Libero role that Koeman himself was famous for playing under Johan Cruyff’s dream team. Throughout the entire match, de Jong was an integral part of the ball retention and pushing it forward, using his intelligent and swift passing lanes to progress the ball from deeper positions neatly. He executed 98 accurate passes with a 94.2% passing accuracy, and he also had 113 touches. In this new-found position, while de Jong was a centre-back on paper, he played a role far closer to a single pivot, doing so with pure class and perfection.

For the next two La Liga matches against Huesca and Real Sociedad, Koeman opted for a similar three-at-the-back system, championing the versatile midfielder in the Libero role. Once again, he executed his role to perfection, having a pass accuracy of 98.8% against Huesca and 95.9% against Real Sociedad. Moreover, the match against La Real was specifically a large test for de Jong in this role, as they are a team that prefer to press very high and suffocate opposition teams. De Jong managed to play out of their press with ease, being an extremely reliable defender turned single pivot — or false centre-back as the online fanbase have come to term his new role.

De Jong’s versatility as a midfielder is unparalleled across all the top five leagues in Europe. The Dutch midfielder can execute a vast array of roles in the team and is a true squad player. He has played as a traditional centre-back, single pivot, double pivot, central midfielder, and now in the Libero role as a centre-back, performing flawlessly in each of these roles.

Concurrently, de Jong’s heatmap is among the most impressive in Europe, profoundly resembling fellow world-class midfielder Josua Kimmich’s heat-map throughout the season.

Whether this Libero role is de Jong’s permanent role as we advance is yet to be determined, as the Dutchman has excelled in all roles he has been deployed in this season. However, his best form surely came in the fourteen game spell wherein he played as a right interior. His involvement in Barça’s progressive play was unparalleled, and he was all over the field, dominating nearly every aspect of the midfield. Whatever Frenkie de Jong’s role is for the foreseeable future, one thing is for sure, he will execute each and every task he needs to for the benefit of the Blaugranas.