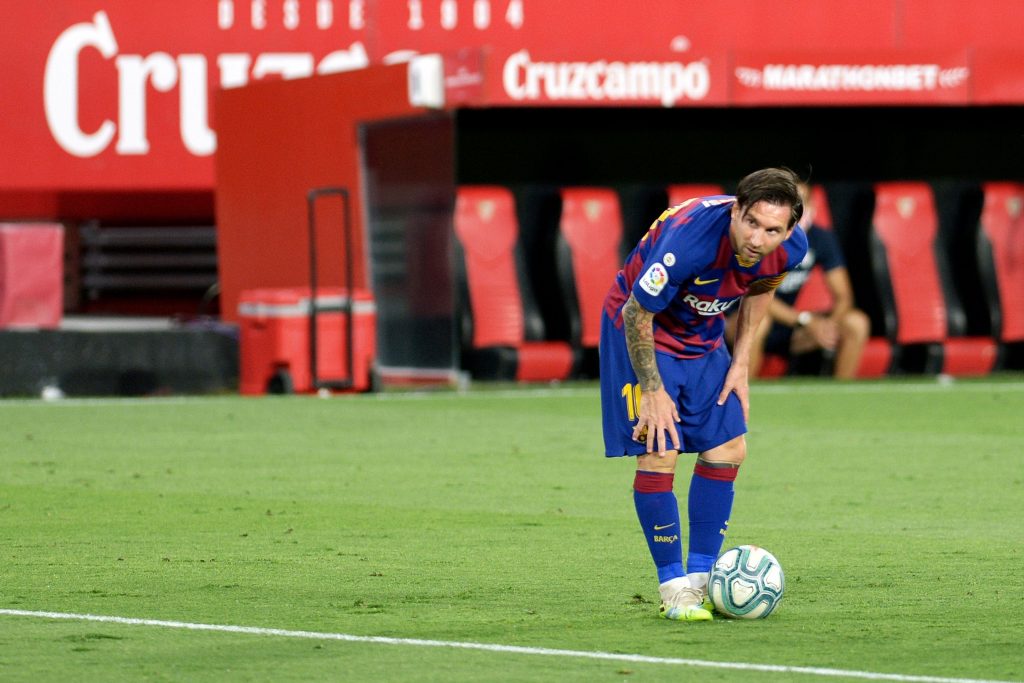 On Friday, Barcelona played against Sevilla away in one of Spain’s most respected stadiums, the Ramón Sánchez Pizjuán. The game ended in a 0-0 draw, but the way in which Sevilla defended the Lionel Messi free-kick in the first half of the game could not left unnoticed.

There was a 4-man wall, and an additional player (Reguilon) laying on the ground to prevent Messi from striking it low. Also, there were 2 extra players in the box to stop the Barça forward from scoring. Sevilla defender Jules Koundé ran back to the goal to cover the near post, and luckily headed Messi’s effort away at the very last moment.

Some months ago, we had covered ‘How Lionel Messi became the best free-kick taker in the world’, and today, the same still applies to a 33-year-old Lionel Messi (in 4 days).

The art behind a Messi free-kick is truly unbelievable, as not only appreciated by his team-mates but also rival players like Liverpool’s Henderson who earlier said: “I still can’t believe Messi scored that free-kick”.

Lionel Messi really is a genius.