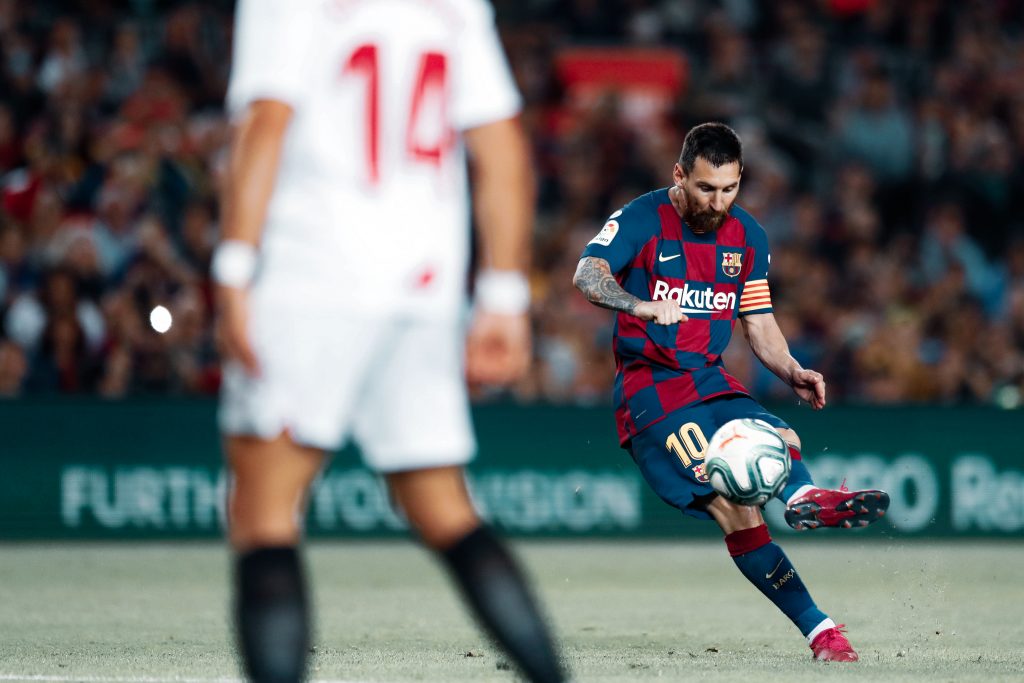 Lionel Messi makes taking a free-kick seem plain sailing, but he has transformed such challenge into an art thanks to a wide number of unparalleled skills.

We all are quite aware of the dangers of a Lionel Messi free-kick. We know the insane statistics. And we all know that each time Messi takes a free-kick, he’s probably going to shoot for goal. Yes, even from 35 yards out. But why is it that the Argentine magician manages to find the net more times from a free-kick than entire teams like Paris Saint-Germain and Juventus? Hard work is certainly the main reason behind his knack for scoring from set pieces. But what other excellent skills work in Messi’s favour that allow him to be so prolific from the set piece? Let’s find out.

It all begins with technique. Over the years, Leo has perfected his technique to achieve remarkable accuracy. Each training session, every match and thousands of missed tries later, Lionel Messi has now perfected the art. He takes short run-ups, yet still manages to score, generating the necessary power by using the perfect technique. Instead of trying using pure power or stylish techniques, Leo focusses solely on improving the classic curve ball. In watching all of Messi’s free-kick goals one after the other, an improvement is seen in the positioning of the strike.

❛ Thinking about his free-kick now, I still can’t believe he scored it. I actually thought he was going to take it short. I have told you how good I think Ali [Alisson] is, but Messi put that shot in the one area Ali couldn’t protect. The whip, the pace, the precision – it was absolutely perfect ❜

As we come closer to the present, the ball seems to gradually move closer and closer to the post, almost fitting snugly in the top corner. His goal against Liverpool last season in the Champions League was almost the perfect example of the same. Jan Oblak, Iker Casillas, Alisson Becker…All of the best keepers in the world have, at the peek of their powers, fallen prey to Leo’s accuracy. Even with their arms stretched to the limit and the wall perfectly adjusted, Messi still manages to put the ball out of the goalkeeper’s reach.

The next skill Messi has developed that helps his free-kick is his versatility. Most would try and aim for the far corner curling the ball into the goal. But Messi has shown that a bit of unpredictability is also an ingredient on the road to success. With his constantly changing target, not only does he aim for the far post, he also goes for the near post, under the wall, around the wall and a couple of times even through gaps in the wall. He always keeps the keeper guessing which way to dive. With the keeper uncertain, Messi is free to choose which direction to shoot in order to pick the lock.

Adding to his perfect technique is his immaculate judgement and vision. An ability he demonstrates throughout his playing style, free-kicks are no exception. He has gradually attained the perfect judgement of the ball, knowing exactly how to strike it, how much power to use and which direction to shoot in. Through his experience, the Barcelona captain has developed an understanding of the motion of the ball, which allows him to be more accurate and on point. He can also find little openings which allow him to score even the unlikeliest of goals.

Finally, it all boils down to confidence. Being one of the best ever certainly does give a player quite a lot of confidence, but his contribution to the rest of the game allows him to take risks other players think twice before taking. It gives him the audacity to try and score a free-kick by simply chipping the ball over the wall. He can risk missing quite often because he manages to redeem himself over the rest of the game. His reputation does him a favor as well. Simply his name is enough to make opposition players nervous, and when he is standing there over the ball plotting the perfect shot, it tends to lower your morale and increase his chances of scoring even when he should have failed.

Hard work, vision, versatility and confidence are just a few of Lionel Messi’s qualities that make him so deadly from the set piece. Yet they are an integral part of what goes behind the net swaying as the ball is flawlessly guided into the top corner by the blaugranas‘ number 10.