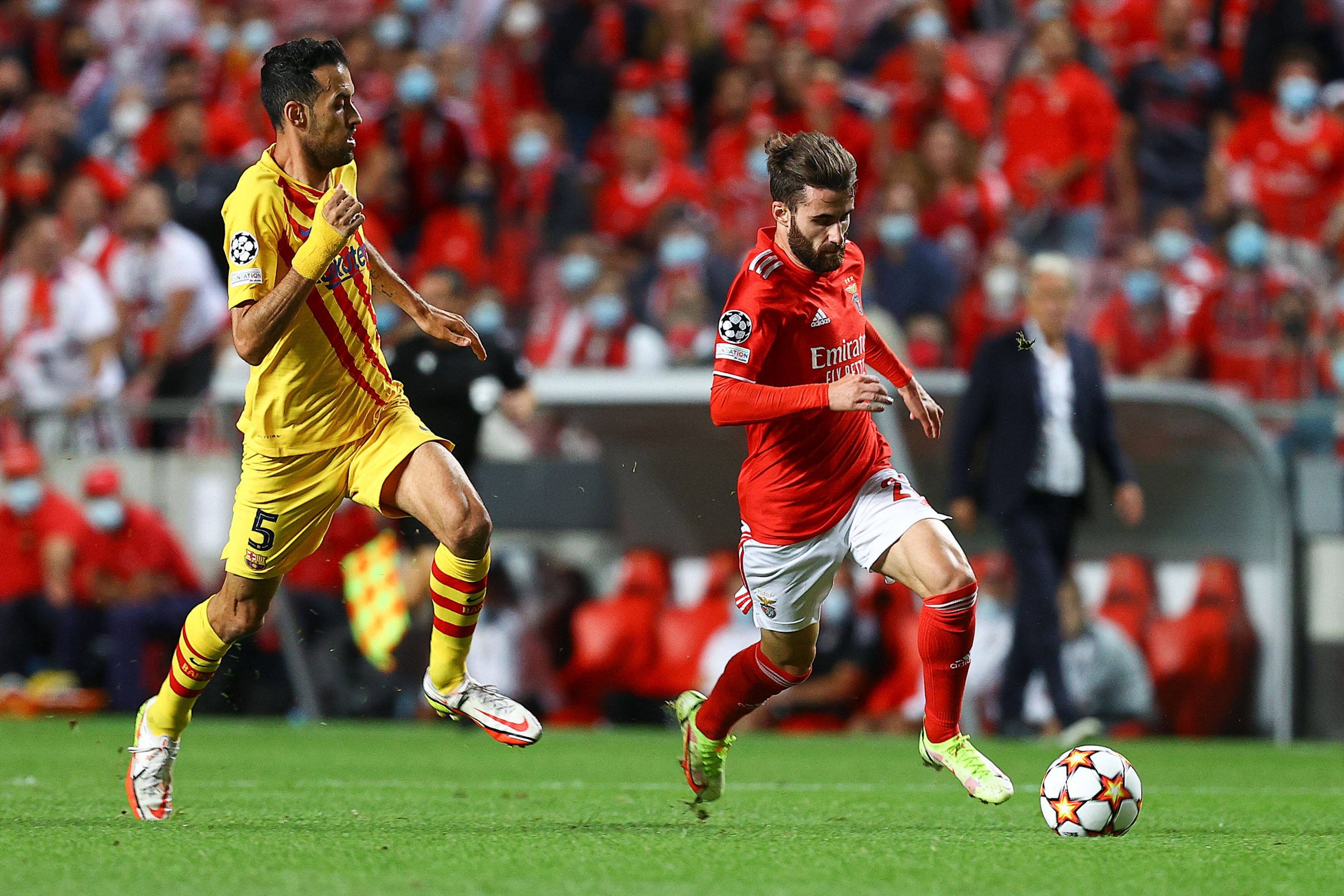 Barcelona’s Champions League campaign had gotten off to a woeful start after the loss against Bayern Munich, but things have gone from bad to worse for the Blaugrana, who have now suffered another 3-0 defeat, this time at the hands of Benfica.

The Portuguese outfit seemed to constantly have more impetus going forward, while the Catalans while managing to create a few opportunities, looked toothless and unlikely to score.

The loss is undoubtedly one of Barcelona’s worst-ever starts to a Champions League campaign and they run a serious risk of not making it out of their group for the first time in 20 years.

Midfielders Sergio Busquets and Frenkie de Jong spoke to the press following their side’s disappointing display. Both were asked about the manager Ronald Koeman, who now seems closer than ever to a dismissal, however, the players naturally stayed diplomatic and did not think sacking the Dutchman was the solution.

“Sacking the coach will not solve our problems,” de Jong said about his compatriot.

Busquets spoke along the same lines, saying it is always easy to blame the coach: “In the end, the easy way is to sack the coach. But we all have a responsibility. We are in a critical situation.”

Summarising the performance, Busquets pointed out that Barcelona were poor in defense as well as attack, adding: “We reached the opponent’s area a lot, but it was useless. When we moved forward, they took advantage of the situation and scored the second and the third goals.”

De Jong thought that his side were unlucky and acknowledged their shambolic start to the European campaign: “The game was very open and it has been complicated… We were focused from the beginning but things like this can always happen, like the first goal. It’s bad luck but it can happen.”

“We are starting very, very badly in this Champions League season, but there are still games left and if we win we have opportunities. If there are opportunities we have to fight. I still have confidence,” he added.

Busquets also maintained that they must stay positive and look to win their 4 remaining games of the group stage: “We have to move forward, we have to be positive and think about the next matches.”

The defeat leaves Barcelona in dire circumstances in the Champions League. Things need to change and fast, if the Azulgranas are to turn their fortunes around.