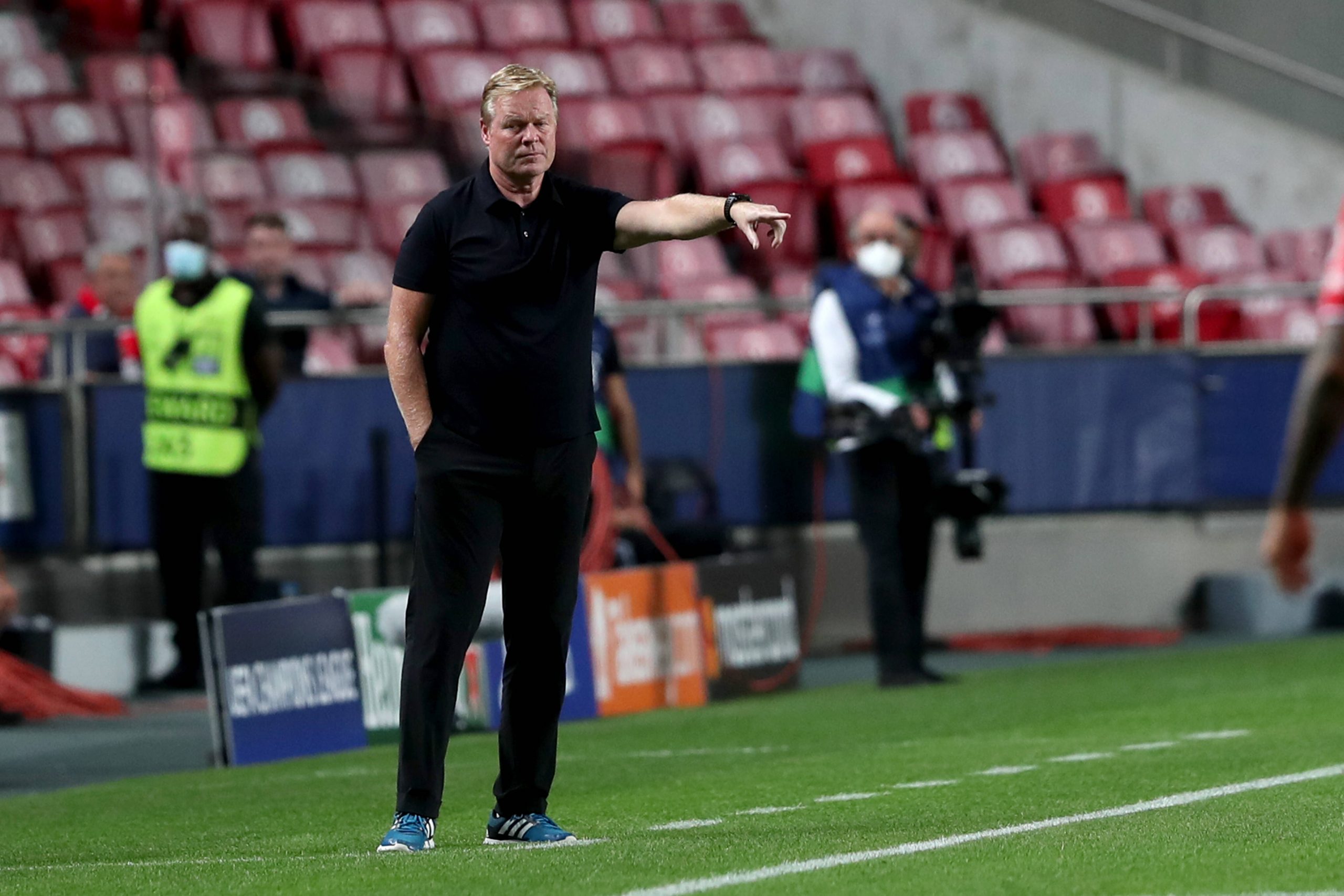 Barcelona fell to their second consecutive 3-0 defeat in the Champions League, this time to Benfica on Matchday 2. Following the dismal result, Barcelona is fourth on the group standing with no points scored and a goal difference of -6.

The hosts defended with all their will but produced magic when on the attack. The intensity in the attack was so high that Gerard Pique was forced to be taken off to avoid a red card, and Eric Garcia was sent off late in the game.

A clearly under-pressure Ronald Koeman spoke to the press after the defeat and spoke about a variety of topics from the performance to specific players.

On the performance of the team: “The team played well until the 2-0. The big difference is that they have scored and we have not. We had four clear chances to score. That’s the big difference.”

On the result: “The result is hard to accept, I think it does not reflect what we have seen on the pitch.”

On the shaky defence: “We have to improve on defense. It’s true that there are teams that are physically better and maybe that’s why we seem soft.”

On Gerard Pique’s early substitution: “He almost had two yellows in a row and with Frenkie on the defence we had a player better with the ball than Piqué.”

On his relationship with the players: “I can only say that I feel very supported by the players”

On his relationship with the club[board]: “I do not know.”

On the overall display: “The team played well.”

On the repercussions of the defeat: “If people within the club don’t recognize the current situation at Barcelona, I will face a problem. Of course we can do better, but we will not win the Champions League this season.”