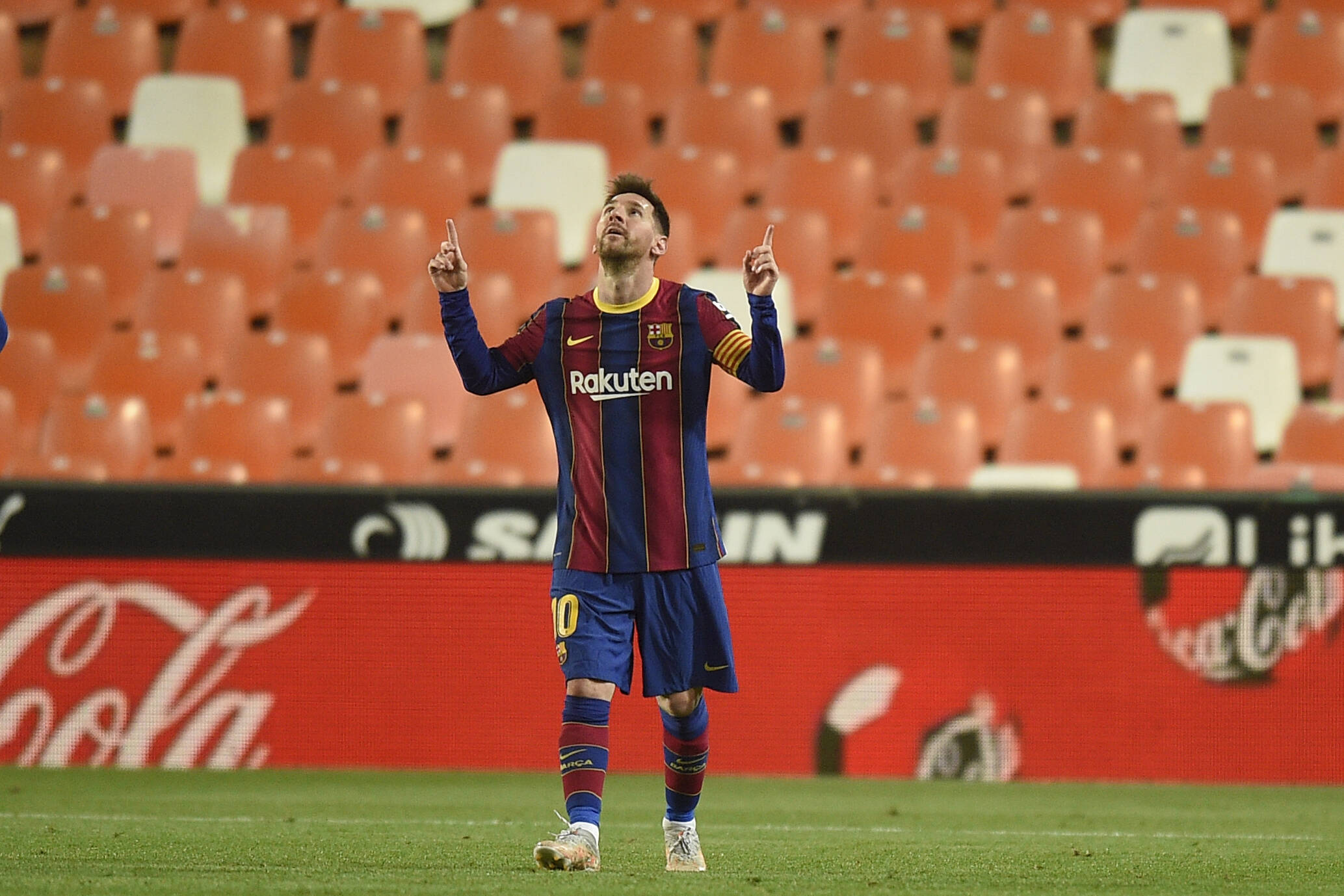 Barcelona captain and talisman Lionel Messi was once again at the heart of proceedings as his brace helped Barcelona see off Valencia in a tricky away fixture. Winless at the Mestella since 2016, Barcelona needed a win desperately in a bid to keep their hopes of a 27th La Liga title alive.

In what was a far from convincing display, Barcelona came back from behind to win 3-2 in a nervy affair, salvaged by two goals from Lionel Messi. The first, a fortuitous rebound for the equaliser from his own missed penalty, and the second, a gorgeous free-kick to make the scoreline secure after Antoine Griezmann made it 2-1.

However, the missed penalty and free-kick meant that the talismanic Argentine now has 14 free-kick goals in La Liga for Barcelona since the 2018/19 season. This is two more than the twelve penalties he has scored in the same time period. Truly ridiculous numbers, even by Lionel Messi’s astronomical standards.

His goal against Los Che was his 50th free-kick goal for Barcelona, and he also matched his great rival Cristiano Ronaldo’s tally of 56 career goals from dead-ball situations. However, his penalty woes still seem to be a constant source of worry for the team and the fans. It is comical how Messi manages to score the tougher chances and scuff the 12-yard spot-kicks with an xG of 0.75.

Messi’s brace secured him his 27th and 28th league goals for the season, as he now sits seven goals clear of second-placed Karim Benzema in the race for the Pichichi. At the rate he’s firing, there is hardly any doubt that the 33-year old superstar will surpass the 30-goal barrier once again this season.