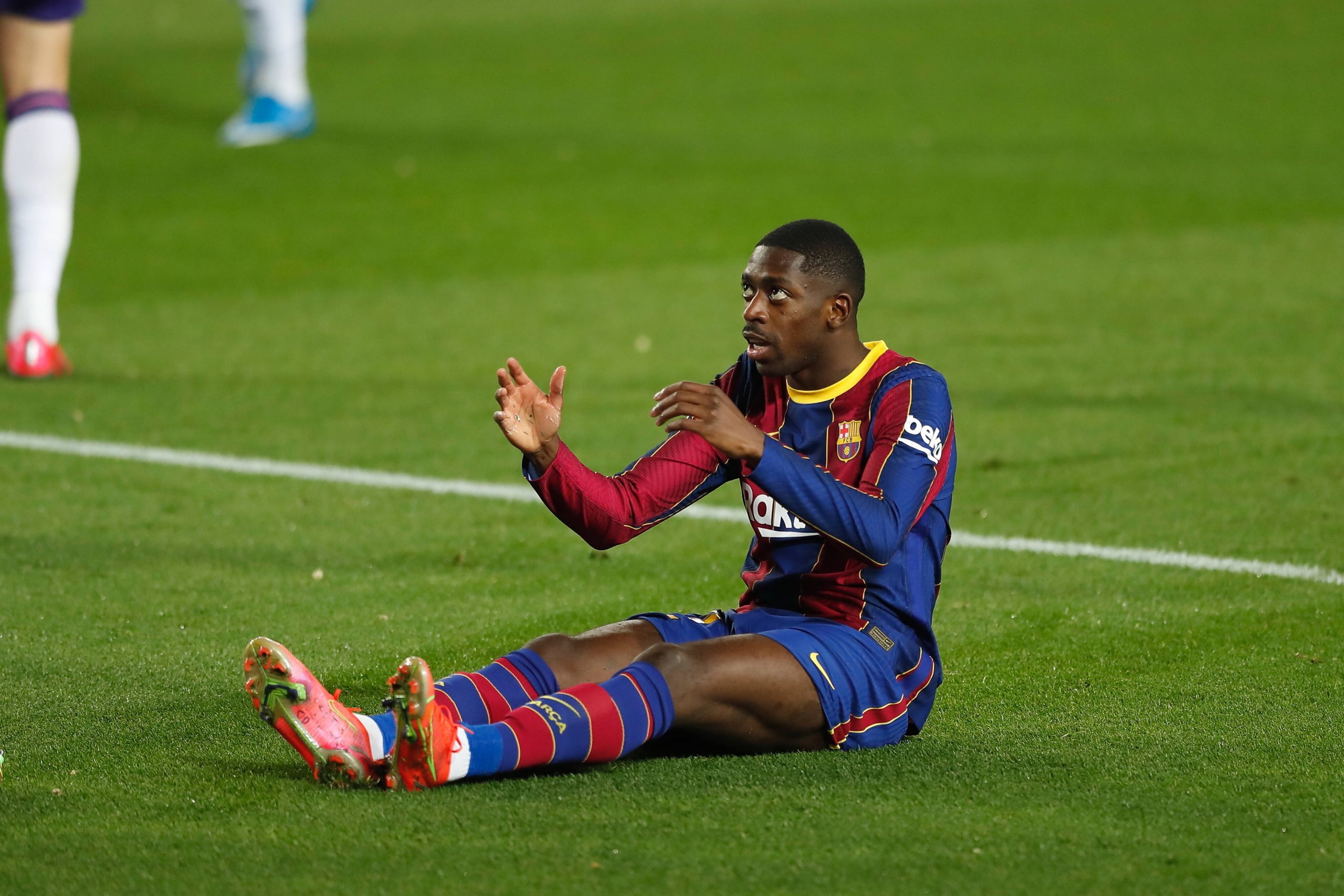 Fears over Barcelona winger Ousmane Dembele’s recent injury struggles seem to be increasing, say the sources at CAT Radio. The Frenchman was named on the bench in Barcelona’s crucial away win over Valencia, however, he did not play a single minute during the encounter.

In what was a tight encounter for the entirety of the 90 minutes, Dembele’s pace and trickery would have been a useful asset. However it seems as though the discomfort to his pubis has not completely died down, forcing the staff to rest him till the pain subsides.

About ten days ago, Dembele was left out of the squad for Barcelona’s La Liga encounter with Getafe, affirming reports coming even earlier that stated he was struggling with pubalgia. With just four games to go in the league that will bring an exciting title race down to the wire, all of Barcelona’s resources must be used carefully.

Ronald Koeman has been given the medical advice that Dembele should be rested as much as possible. The Frenchman should be played only if it is absolutely necessary, so that he can be in condition if he has to appear in these final fixtures.

Pubalgia is a tricky situation to deal with, and the anti-inflammatory drugs, physiotherapy, lighter work in training and semi-rest periods are not enough to deal with the problem. But as of now, the club cannot afford full rest for the winger, and the player himself does not want to stop contributing to the team.

With Ansu Fati’s injury woes also seemingly getting worse, Barcelona may face the issue of a severe lack of width up front. Dembele has only played 33 minutes across the last five games, and hopefully, the decreased load can allow him time to recuperate quicker.