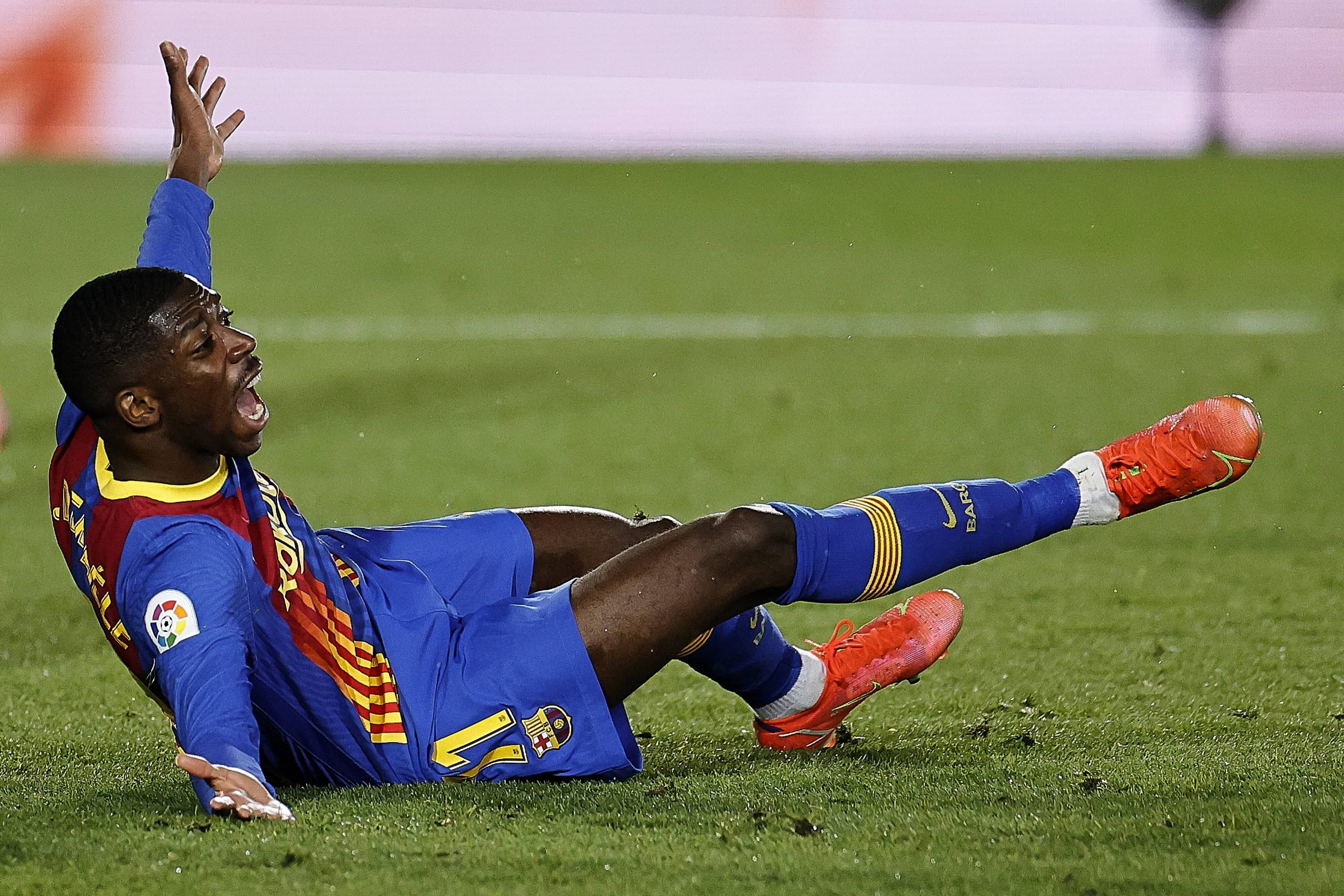 According to an exclusive report from SPORT, Barcelona winger Ousmane Dembele has been struggling with pubalgia throughout recent weeks. The Frenchman has been carrying on playing through discomfort for many of the last few games according to the Spanish outlet.

Dembele has become a key part of Ronald Koeman’s side this season. After an injury-laden spell in his first few years at Barcelona, he has finally begun hitting his stride. The winger has been slowly but surely showing glimpses of his immense talent. However, it looks like things are not as smooth-sailing as they seem.

The current condition of his pubalgia, an injury which is causing discomfort to the pubis, has been hampering Ousmane Dembele especially during the latter stages of matches. The condition has been worsened due to his time on international duty with France as well.

The Frenchman is reportedly undergoing a conservative treatment plan at the moment designed by Barcelona’s medical team and physios. The pain is not severe enough to rule him out of action, but it does not seem to be diminishing.

The report highlights that any drastic measures such as potential surgery are currently ruled out, which is good news for both, the club and the player. However, the lack of improvement has caused concern within the Barcelona camp.

Pubalgia is best treated by rest, but that is a luxury that Barcelona cannot seem to afford. The 23-year old wants to keep contributing to the team as the domestic season is now at a critical juncture. He has finally begun feeling like a valued member of the squad and does not want to rest and miss out on the action as far as possible. He also wants to be sharp enough for the upcoming UEFA Euros in the summer.

The World Cup winner must, however, be rational with his body. He has struggled massively with injuries in the past. Any aggravations to injuries now could be very damaging in the long-term.