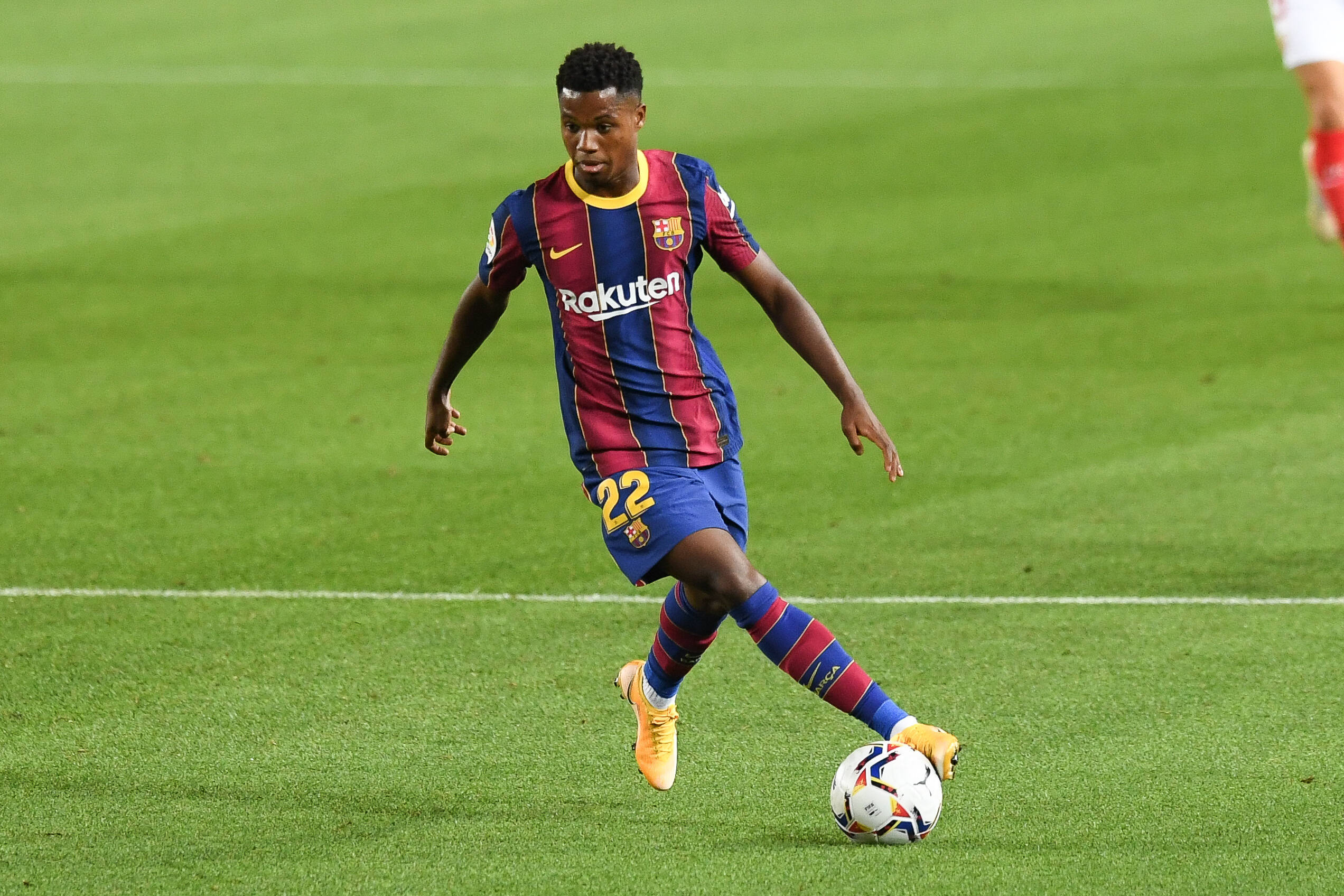 Barcelona have reportedly been hit with yet more bad news regarding Ansu Fati’s recovery from injury, with AS reporting that the youngster has undergone yet another procedure at the tail-end of March as he struggles to recuperate after damaging the internal meniscus of his left knee back in November.

Fati had originally been sidelined for four months, with his return scheduled for March. But after his first surgery, the teenager faced constant swelling to the knee, which prevented him from doing any training aside from targeted work at the gym. Fati reportedly did not respond well to the regenerative biological treatment plan outlined for him by Dr. Ramon Cugat.

The pain and inflammation in Fati’s knee did not subside after the first procedure, leading to many complications, with reports suggesting that he had already undergone another surgery. The Barcelona starlet is not expected to return any time soon after it was confirmed that he will miss the rest of the season amid chaos surrounding his recovery.

After rumours stating that he was finally on the right track emerging last month, it appears as though that is not the case. The report highlights that Fati has undergone another arthroscopy at the end of March and he will now be further evaluated to see whether another major procedure is required.

If all else, fails it looks as if the winger will have to undergo complete removal of the meniscus. The 18-year old has been sorely missed by Barcelona this season, and the news surrounding his injury seems to get worse each passing day.

Hopefully, the situation becomes clearer and Fati soon returns to the right path in his recovery process. Another procedure could have worrisome consequences on his long-term health and fitness.