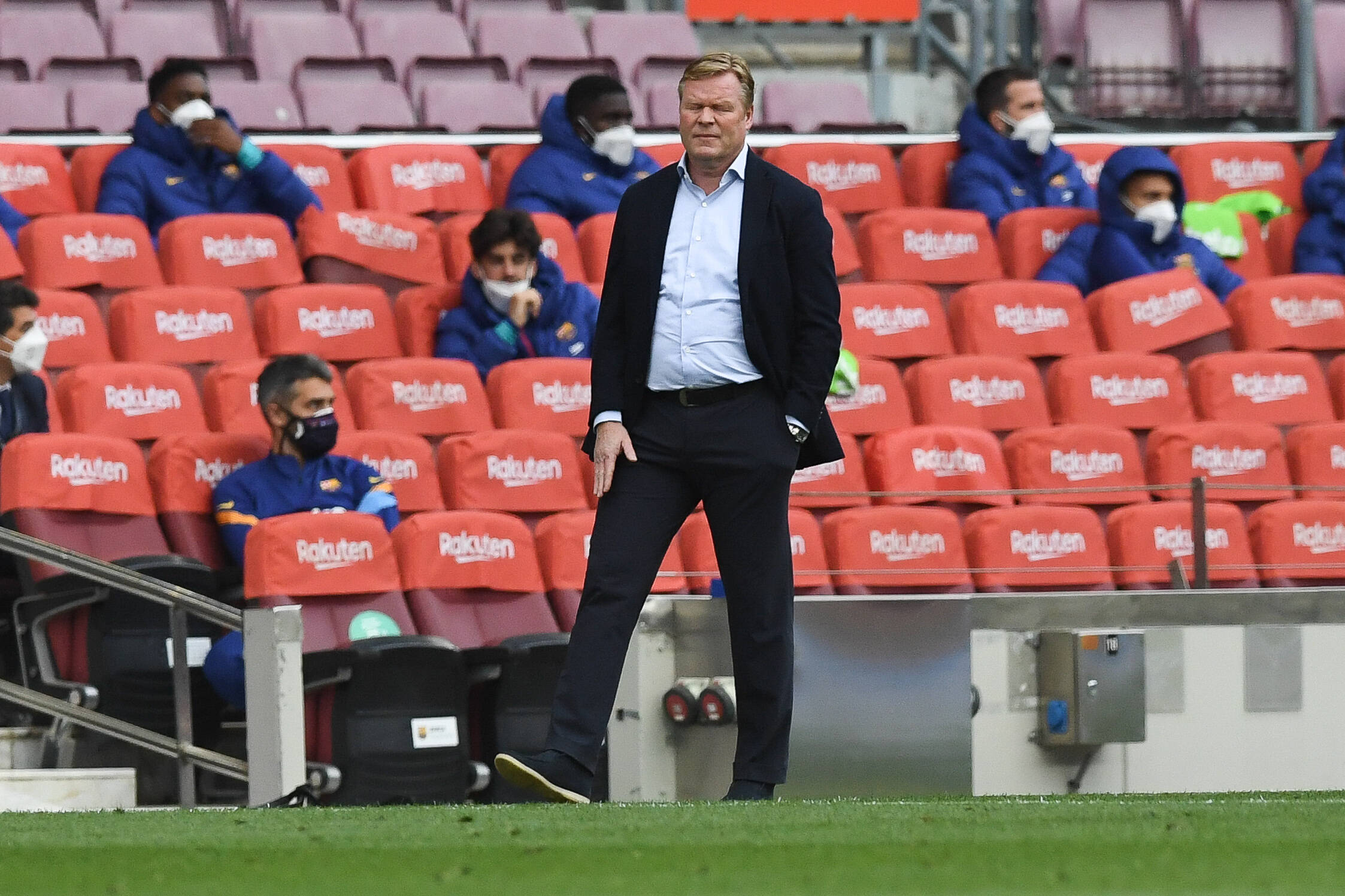 Ronald Koeman has suffered a rather turbulent first season at Football Club Barcelona. Overtaking a club at its very worst state, he has done a rather decent job at turning things around. The Dutchman has played short-term, transitionary coach, essentially being the custodian in guiding the new generation into the first team dynamics.

However, reports from RAC1 now claim that new club president, Joan Laporta, is 99% sure that he will be sacking the former Everton coach before the start of the next campaign. Koeman has done respectable work at Barça, but several of his own shortcomings as a coach are the reason why a club with so much talent have not managed to enjoy larger success this season.

While things looked brighter than ever in April, after Barça won the Copa del Rey emphatically, Koeman’s men took a serious downturn. In their last 7 league games, the Blaugranas have conceded an abysmal 12 goals. Having lost to the likes of Granada and Celta Vigo, they have essentially thrown away La Liga, which was in their hands at the end of last month. This has come as a result of a terrible defence; Barça desperately need a world-class centre-back.

To Koeman’s credit, he has barely received a squad in the condition which he required for maximum success. Without adequate replacement options for Sergio Busquets, Jordi Alba, Sergiño Dest — and virtually no striker in the squad — he has managed to win the Copa del Rey, and his team even put up a consistent run in the league earlier this year, in what was a wonderful 19-game unbeaten streak.

Nevertheless, the Dutchman comes with too many flaws to continue as a coach. He is unable to see midfield profiles differing from his preference. His in-game management is woeful, with several substitutions and changes leading to a loss of focus and poor second halves.

The Blaugranas have thrown away games against Granada, Levante, among others. And lastly, his non-perfectionist approach does not suit the ideologies of positional play, which Barça aligns itself to so strongly.

Any coach, to excel, must pay attention to every detail; pressing systems, zonal occupations, defensive structure, etc. Therefore, it is high time that Joan Laporta and co analyse alternative options, as Barça desperately require a coach who can be given a long-term project; it was always evident that Koeman will not be given one.

So long as the board has a coach who can show the tactical tendencies to excel while remaining backed by the club’s players, Barça can hope for a brighter future in the days to come.

In these conditions, the board will always remain aligned with the coach. A strategic transfer strategy and squad-structuring can be done with both the coach and the technical secretariat’s inputs. As of now, that alignment is clearly missing; Ronald Koeman’s time in Catalonia is likely over.