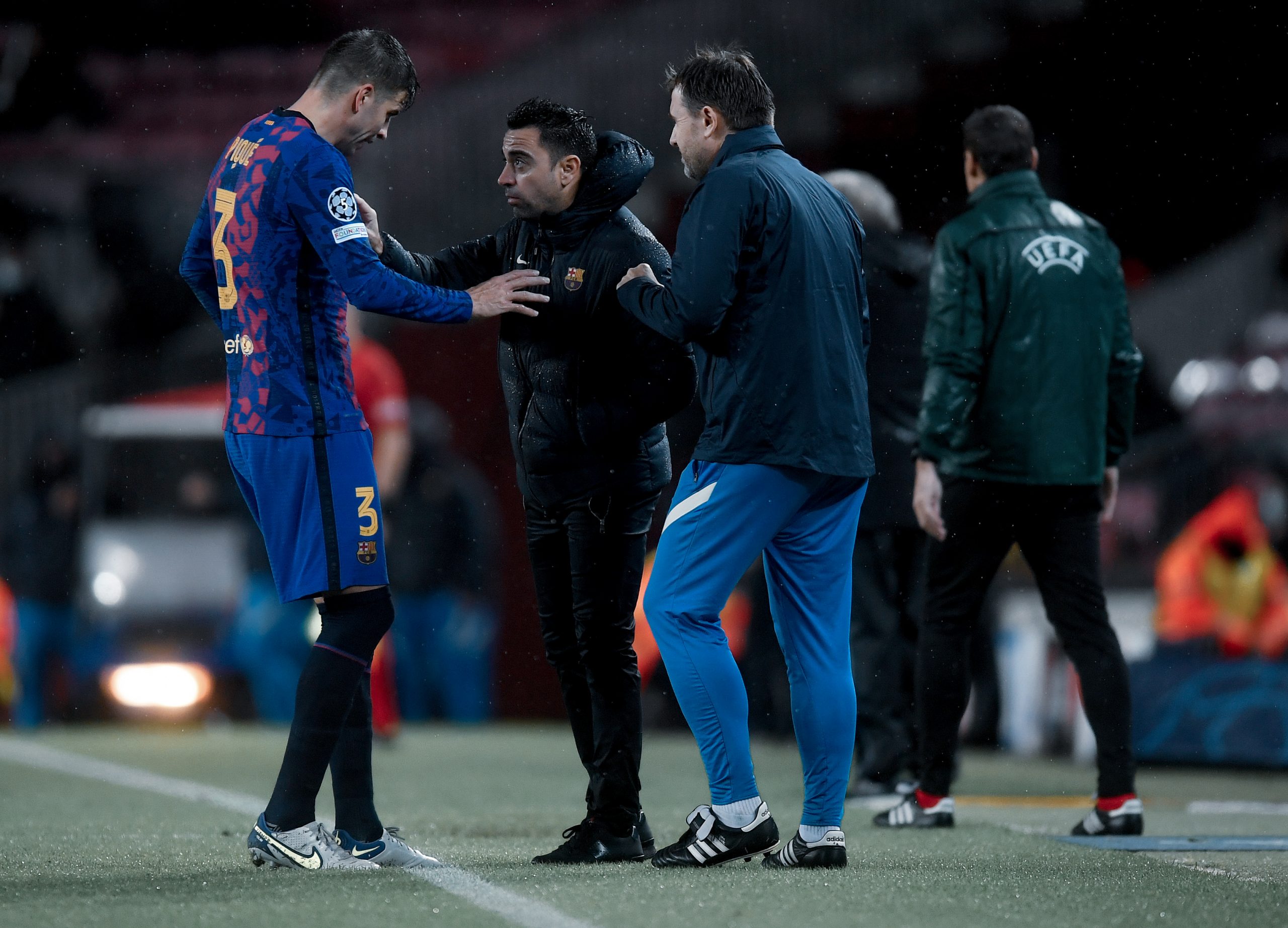 Barcelona registered their first away win of the season against Villareal, scoring three at the Estadio de la Ceramica. It was the second win of the Xavi era and an important one for the team’s spirit.

The scoreline was flattering to the Catalans, because the reality was very different. On the night, Barcelona were outplayed in all departments. However, a late set of goals from Memphis Depay and Phillipe Coutinho helped them finish the game in the driver’s seat.

Xavi’s side face Real Betis in the league on Satuday night. It will be the final game for the Spanish giants before they take on the red hot Bayern Munich at the Allianz Arena. Here is how Barcelona could lineup against the Seville outfit.

Marc-Andre ter Stegen could not maintain a clean sheet against Villarreal after two games without conceding. The German will face the heat on the night as he goes up against Borja Iglesias and Cristian Tello. Barcelona and Betis have always pulled off goalscoring fests, and ter Stegen will have to be on his feet.

Ronald Araujo maintains his position as a starter under the new coach, and will likely continue to on Saturday. The Uruguayan has been Barcelona’s best defender by far and seems to have won Xavi’s trust after returning from injury.

Eric Garcia had a forgettable game against Villareal as he was continuously exposed by the wingers. Gerard Pique could get the nod on the night considering the youngsters poor display.

Sergino Dest is expected to be back to full fitness ahead of the clash at Camp Nou. Reports in the past few days have revealed that the USMNT star is not a part of Xavi’s plans. He will look to capitalise on his chance to impress the new manager and trigger a change in opinion.

The defence will be completed by Jordi Alba as the left-back. The Spaniard will likely be up against the menacing Sergio Canales who has got the better of him in the past. Needless to say, there will be fireworks on the left-wing.

Sergio Busquets is the leader of the pack in midfield. Though slowed down by age, the lanky midfielder has shown his composure and skill on the ball repeatedly this season. It will be up to the captain to overcome the physical challenge of Guido Rodriguez and Andres Guardado.

Frenkie de Jong has shone in his advanced role under Xavi and will look to extend the recent peak in his displays. The Dutchman scored against Villareal, and the boost in confidence could do him a world of good.

Nico Gonzalez will undoubtedly round off the midfield. The La Masia graduate has owned the third spot in the middle of the park. Nico will look to continue his scintillating form as he continues to garner attention from clubs around the globe.

A one-week rest would have given ample time for Xavi to experiment with his tactics and come up with creative solutions. As such, we expect Gavi to see the bench on Saturday, even though he will likely get ample time in the second half.

Ez Abde started the game last weekend and played a phenomenal opening spell. The teenager showed his ability to dribble past some of the best in the game, and earns a start in his preferred left-wing role.

Memphis Depay was nominated for the La Liga player of the month in November. The Dutch striker scored three goals last month, with one being the winner as the Ceramica. Memphis is just four goals away from the top scorer post and will be determined to close the gap.

Finally, Ousmane Dembele takes up the spot on the right. His contract problems could see him frozen out of first-team action, but it will definitely not be tomorrow. He’s returned from an injury and after three cameos off the bench, starting against an easier defence will do him good.

17-year-old Gavi is the youngest player to feature in the league this season and will definitely see some time off the bench if he does not start.

Phillipe Coutinho scored in the last game after winning a clear penalty. The Brazilian’s game can only be benefitted from the boost in confidence. He could come on in the second half.

Eric Garcia is an option to replace Gerard Pique in the second half, primarily to regulate the veteran’s fitness. Moreover, it would be wise to give the youngster some game-time instead of isolating him after a poor display.