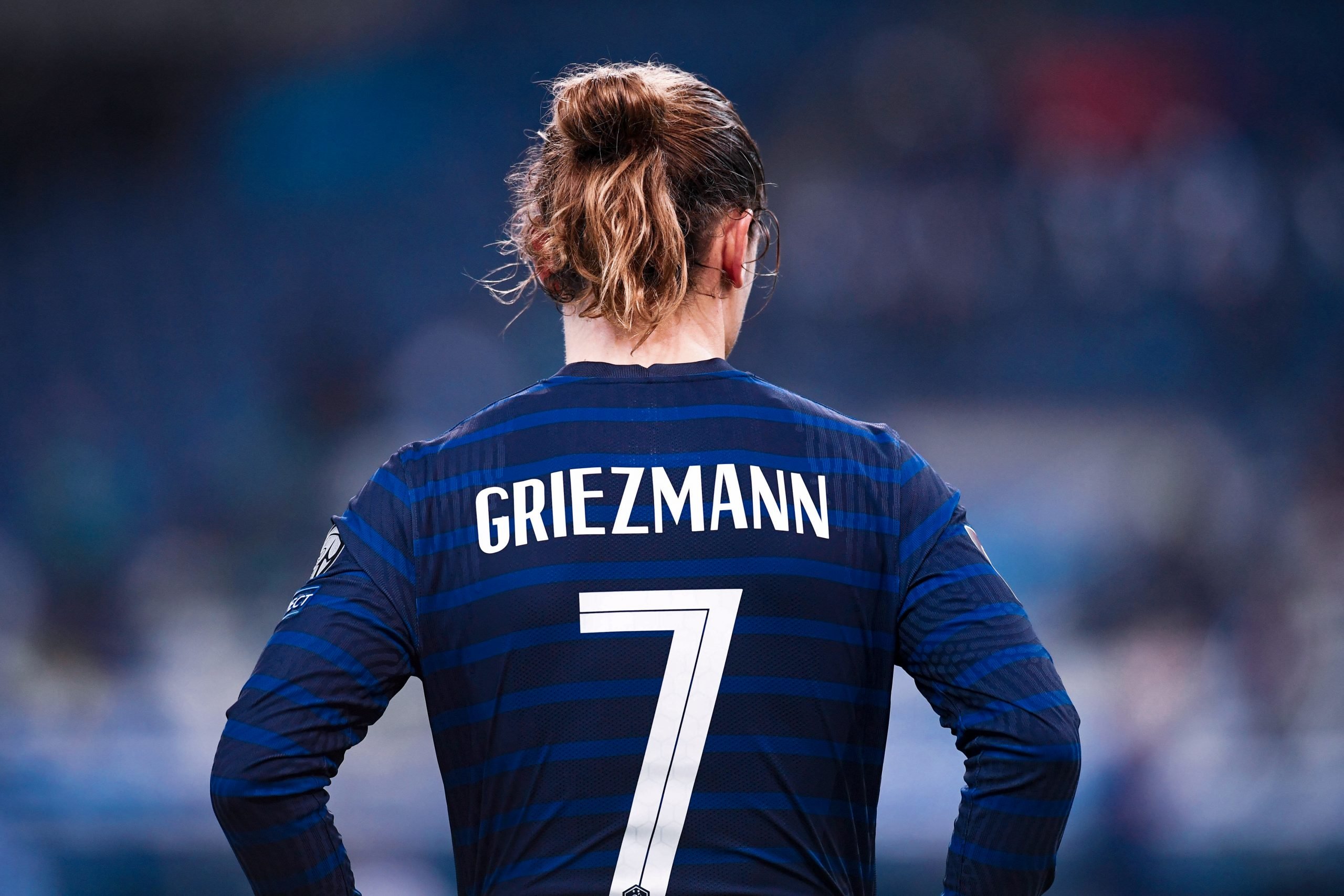 As the international break draws to a close, the Barcelona players are all returning to training ahead of the La Liga clash against Real Valladolid on Monday. With three rounds of fixtures played across different competitions, i.e the World Cup qualifiers, friendlies as well as the U21 Euros getting underway, Barça Universal brings you up to date on how each Barcelona player got on during the break, along with the ratings for their overall performances.

A total of 14 Barcelona players were on duty for their countries, as France, Spain, Denmark, Netherlands, Bosnia and Herzegovina, Germany, USA, Portugal U21s, and Spain U21s were all in action over the past week.

The French ace continued his form for Barcelona into the international break as well. He played in all three of Les Bleus’ qualifying fixtures, being on the field for a total of 239 minutes. During the three games, Griezmann managed to score two goals, the latest of which was the crucial winner against Bosnia and Herzegovina.

Thanks to his contribution, France managed to take first place in group D, with seven points. Griezmann was typically sharp throughout his three games with his linkup play and his belter against Ukraine was probably France’s best goal of the lot during the break.

Dembele earned his first call-up to Didier Deschamps’ national team squad since November of 2018. The Barcelona winger played a total of 115 minutes in the two games he featured in. He seemed to be in good shape and even scored a very well taken goal in the 2-0 triumph over Kazakhstan. His form under Ronald Koeman has hit new heights, and Deschamps is clearly taking notice. If he continues to stay fit, he is sure to feature a lot more often for France in the near future.

Lenglet played in just one of France’s three qualifiers this month, featuring for all 90 minutes in the win against Kazakhstan. After a rocky season for Barcelona in terms of form and confidence, the defender was near impervious at the back. He helped earn his side the clean sheet and had a pass success rate of 95%, making seven recoveries as well. Hopefully, he can keep building off this display once he returns to Barcelona.

The indomitable youngster just keeps going from strength to strength this season. Pedri became Spain’s sixth youngest ever debutant with his cameo off the bench against Greece. He seemingly caught Luis Enrique’s eye immediately, as the midfielder then started both of the next qualifiers for Spain, putting in a couple of wonderful performances.

He played a total of 185 minutes and completed 141 out of 154 attempted passes, with a success rate of 92%. He was fantastic on and off the ball and even got his first assist for Spain on the board, with a delightful sweeping pass to Ferran Torres to set up his goal against Kosovo. He also showed immense strength after enduring a few crunching challenges, but he kept going and showed just why he has become such an integral part of the Barcelona squad this season.

The future is dazzlingly bright for Pedri, in both Barcelona and Spanish shirts.

After not playing in Spain’s draw against Greece, Sergio Busquets returned to the fray with starts against both Georgia and Kosovo, playing a total of 155 minutes. Busquets has been a player reborn in 2021, and it showed, as Spain looked much more fluid with him in the lineup.

He masterfully dictated the tempo of the midfield and screened his backline in typically brilliant fashion. He made ten recoveries and also created four chances in the two games that he played. His form will be key for the remainder of Barcelona’s season.

The Barcelona left-back is another player who has enjoyed a stellar resurgence since the dawn of the new year. Jordi Alba’s offensive output has been staggering, and his rich vein of form translated through to his two games with Luis Enrique’s side Spanish side as well. The 32-year-old, like Busquets, started and played the two matches against Georgia and Kosovo after not featuring in the first clash against Greece.

Despite some friction between him and Luis Enrique in the past, Alba showed that he can still be instrumental in that left-back position. In the 180 minutes he played, he provided three assists and created eleven chances. His pace and energy were vital in earning Spain their two victories after the Greece stalemate.

Bosnia and Herzegovina, unlike most other teams, played just two qualifiers during the March international break. Pjanic is, of course, one of the Bosnians’ key players. He started both their matches against Finland and France, playing all 180 minutes. Unfortunately, both the results were far from favourable.

In the 2-2 draw against Finland, Pjanic scored the opener as he slotted home the rebound after his penalty was saved. He was the focal point of all of his side’s attacking moves. Even in the loss against France, Pjanic was perhaps Bosnia and Herzegovina’s best player. He was trying to make things happen on the ball and was key in making recoveries as well.

The Danes’ qualifying campaign got off to a blistering start, as they scored 14 goals across their three games and did not concede even one. Barcelona striker Martin Braithwaite put in solid shifts in the two appearances he made against Israel and Austria, playing a total of 167 minutes.

The marksman managed to grab a goal against Israel, as well as an assist against Austria, even hitting the woodwork once. His work rate was terrific as well, helping his side stay top of Group F with two compelling performances.

The 23-year-old was also typically reliable in his three outings against Turkey, Latvia and especially Gibraltar. The Barcelona midfielder commanded the midfield as Frank De Boer played him for every single of the 270 minutes in the Netherlands’ three games.

De Jong amassed a stellar pass completion rate of 94% as he completed 267 out of the 284 passes he attempted across the three qualifiers. He also completed eight of his nine attempted dribbles, made four interceptions and 16 recoveries. His form with Barcelona also carried through to the break, and hopefully, it has kept him sharp for the crucial games lying ahead in La Liga and the Copa del Rey.

The young Barcelona winger helped the Portuguese U21s to maintain a perfect start to their U21 Euros campaign. He played a total of 171 minutes and scored a goal each in both of Portugal’s crucial wins over England and Switzerland.

Unfortunately for the Barcelona youngster, he did not enjoy the best of starts to his international career. On his debut for the Spain U21s against Italy, he played a decent game for 86 minutes. The game ended in a 0-0 stalemate but Mingueza was sent off controversially for an altercation that did not have any substance to it. He will be available for the next matches of the tournament, however, where he will most certainly be able to show his class.

The Barcelona fan favourite only got his first minutes of the competition in the dying moments of Spain’s 2-0 win over the Czech Republic. In the eight minutes that he featured, he completed six of his seven passes and made one interception and a successful tackle as well. Hopefully, the promising young midfielder will get more chances as the tournament goes on.

The Barcelona shot-stopper only featured in Germany’s last qualifying game of the break against Macedonia. He played the full 90 minutes, but Die Mannschaft’s poor defensive display saw them fall to a 2-1 defeat. He could not do much about the two goals, but they are two goals against him nonetheless. His distribution was impeccable, however, as he completed all 22 of his attempted passes and all seven long balls.

The American started and played in both of the USA’s two friendlies against Jamaica and Northern Ireland. While his performance in the latter game was unremarkable, his showing against Jamaica was wonderful. He even scored his side’s opener in the 4-1 win with a wonderful curling effort, notching his first senior international goal.